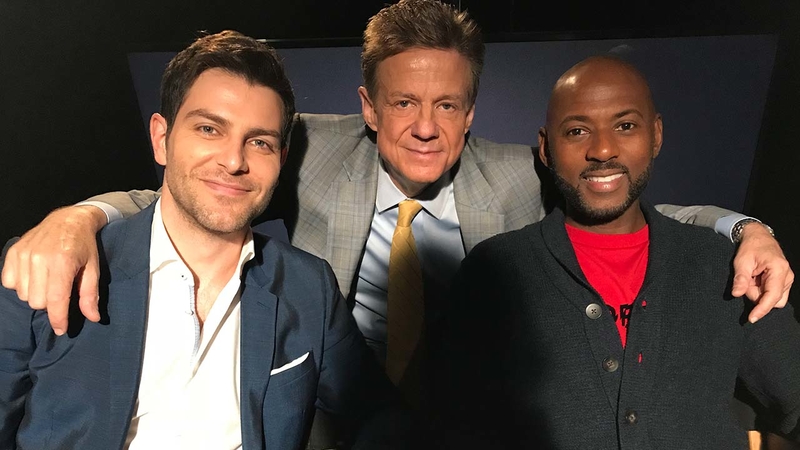 MANHATTAN, New York City (WABC) -- ABC's new show "A Million Little Things" is based on a group of friends, all of them hockey fans, who seem happy enough until one of them commits suicide. The result makes for a compelling drama and is the best pilot I have seen this year.

It's been said that "Friendship isn't a big thing. It's a million little things." And that explains the title of a new series about a group facing the suicide of one of its members.

"It's very much about a tragedy, but we do dwell on the act itself," said David Giuntoli, who plays one of the pals on the show. "We dwell in the emotional fallout that comes from it."

Psychologists like to tell patients that "they're only as sick as their secrets," and by that standard, these male characters are pretty sick, admits Giuntoli.

"Supposedly best friends, and we know nothing about each other," he said. "So many secrets."

"It's true," added Romany Malco, whose character is a director of TV commercials.

Malco's character seems to have it all, but he doesn't.

"Seems to be consistent with the fact that the people who are often the most damaged tend to be the most charming and tend to over compensate, to mask whatever pain they're feeling, constantly," he said.

Malco said "A Million Little Things" has affected his daily life away from the set.

"It just honestly makes me take a closer look at my life, as I've learned so much about depression since accepting this job," he said. "I just started to realize how many people around me growing up were actually depressed...in my family, people that I consider close friends. It's just a very helpless feeling, but it encourages me to make stronger, human connections, for sure."

I took a look at my own friendships after watching this hour-long drama, which I found very absorbing and highly entertaining, thanks to great writing and a terrific cast.
EMBED More News Videos