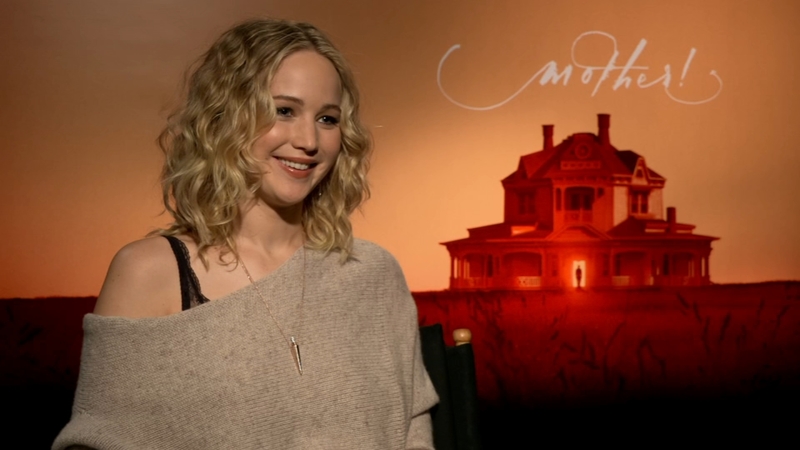 NEW YORK CITY (WABC) -- Jennifer Lawrence is one of the highest paid actresses in Hollywood, with a string of hits and even an Oscar. This weekend, she is back on the big screen in the new movie "Mother!" a star-studded horror film.

But she later found love with him after making his movie.

Imagine a film so intense that watching the finished product even scared the star, who plays the lead.

"I was really shaken, and I thought 'We've gone too far. This is too far. It's too much,'" Lawrence said.

"'Him' being this selfish, strong individual kind of character who destroys more than creates," Bardem said.

"There was one scene I hyperventilated too long, and I tore my diaphragm, and I think I popped a chest rib out," she said. "So yeah, I lost total control of myself."

Sandy Kenyon talks to actress Jennifer Lawrence about her role in the new movie, Mother

There's talk of another Oscar nomination for Lawrence, and she is now in a relationship with Arnofsky, a Brooklyn native.

"When you do your work with truth and honesty, I don't think there's anything to worry about," he said.