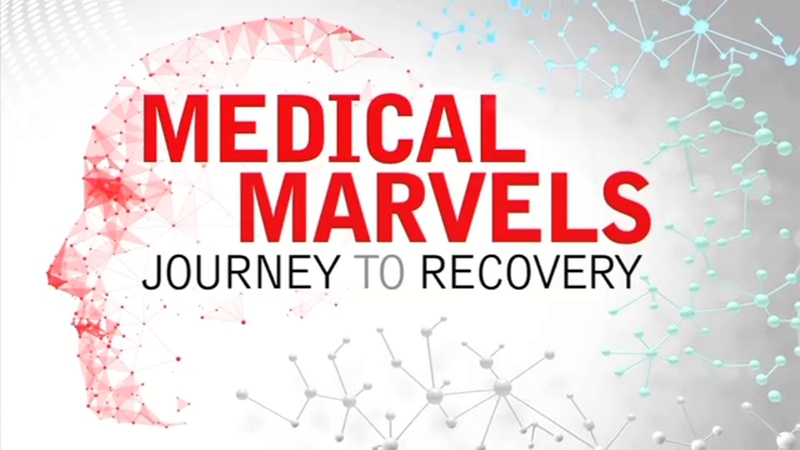 NEW YORK -- WABC is taking you inside NewYork-Presbyterian for a look at some extraordinary stories that we call Medical Marvels. It's WABC's Emmy-nominated digital series exclusive to abc7NY.com.

Starla Leiby Marcelo was just five years old when she was diagnosed with severe scoliosis that caused her to have a curvature of the spine. Typically patients with this diagnosis require invasive spine surgery, but Dr. Michael Vitale, Chief of the Pediatric Spine and Scoliosis Service at NewYork-Presbyterian's Morgan Stanley Children's Hospital, is spearheading a new treatment model that focuses on conservative, less-painful, and non-operative measures. By working with Dr. Vitale and using casting, bracing and Schroth therapy, Starla - who is now nine years-old - has avoided surgery for the past four years.

Starla's prognosis is much better than if she had not had the casting, bracing and Schroth. Prior to these conservative efforts being done, children her age may have undergone a posterior spinal fusion which does not allow the lungs to continue to grow and mature or a growing rod technique that requires lengthening either in the office or in the operating room. With the conservative efforts in place, her thorax and lungs will continue to grow but her scoliosis will hopefully be controlled at least until she is a teenager and fusion is an option for her.

Despite having to wear a brace for 18 hours a day, Starla doesn't let it constrain her - she does Taekwondo, acts in local community theater and is making her third trip to Walt Disney World in January!