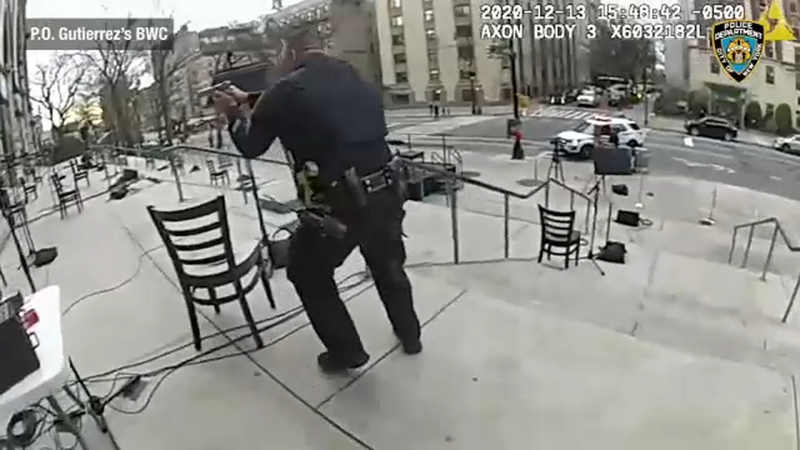 MORNINGSIDE HEIGHTS, Manhattan (WABC) -- Police released dramatic body cam footage of a deadly shootout on the steps of a historic cathedral in Manhattan.

NYPD released the video from the December 13 shooting at the Cathedral of Saint John the Divine.

The video shows the tense moments as officers cleared away the crowd and ran to the church steps, where a 52-year-old gunman opened fire during a Christmas concert.

Christmas carolers had gathered at the cathedral. Police officials say the man gained access to the top of the steps and then started opening fire into the air.

No police officers or any bystanders were injured in the shooting.

Eyewitnesses say the man was heard saying 'shoot me, kill me!'

Once the suspect was down, officers secured the scene and found a bag filled with alarming items. Police Commissioner Dermot Shea says inside the bag was a full can of gasoline, rope, wire, multiple knives, a Bible and tape.

Chris Harrison will not host the upcoming season of "The Bachelorette" following controversy over racially insensitive comments.