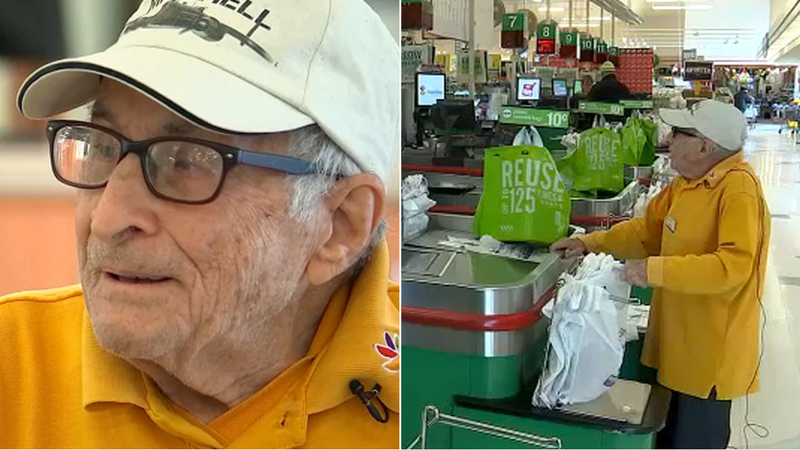 EDISON, New Jersey (WABC) -- While many people look forward to retiring, a 97-year-old man from New Jersey looks forward to working and proves that age is just a number.

He is very proud of his years and doesn't even like to take the 15-minute breaks he is entitled to. To him, his age is a fact -- not a factor.

Ficeto has been a part of the Stop and Shop family for nearly 10 years.

A newspaper recently wrote a story about him that made him a bit of a local star.

"People are so nice, it makes you feel proud," Ficeto said. "They put my write up over there."

And he gets even more love when folks learn he was a gunner on a fighter plane during WWII. He put his life on the line each mission.

"I was scared every time I had to get into the plane," he said. "But the Lord took me back."

Ficeto shared another reason why he cherishes his long life.

"The day I didn't fly, they shot my plane down," Ficeto said. "And I don't know where they went down."

Ficeto says he isn't that old and he still has all his senses -- and has no plans to stop using them.

He said he plans to keep working until he drops dead.