Results are in: Changes made in Holland Tunnel decorations controversy 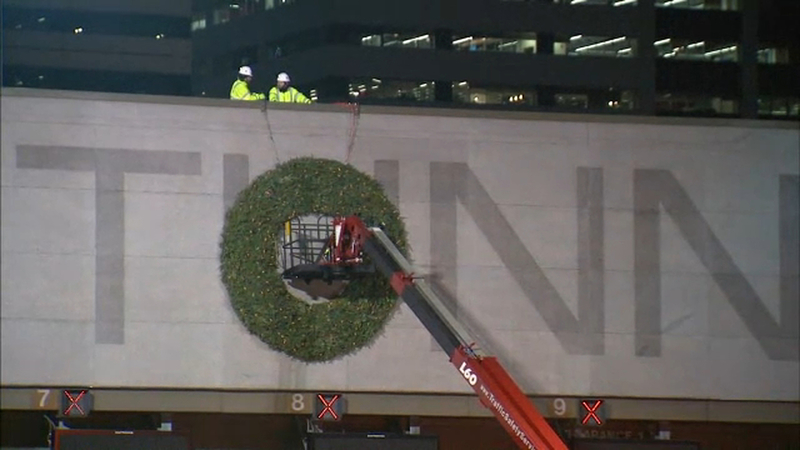 Changes made in Holland Tunnel decorations after controversy

JERSEY CITY, New Jersey (WABC) -- The Port Authority released the results of a poll Monday after motorists complained about the placement of a decoration shaped like a Christmas tree at the entrance to the Holland Tunnel, and changes are underway.

After more than 21,000 votes, the public has spoken. And now, the great Holland Tunnel decoration debate has been settled.

The tree will be moved from the "N" to the "A," and the second wreath over the "U" will be removed. The changes are being made Monday night.

The winning choice received 41.6 percent of the vote in a closer-than-expected race.

"The Holland Tunnel is about to bring even more comfort and joy to its travelers this holiday season," Port Authority Chairman Kevin O'Toole said. "The people have spoken, and we have listened. In true holiday spirit, may this change help bring more of us together."
EMBED More News Videos

The initial argument was that the tree and two circular wreaths, which have adorned the tunnel for years, could be a trigger for people with obsessive-compulsive disorder. Others argued it was just plain ugly and that the "A'' was more appropriate for the tree.

The poll was commissioned last week, with the following options:

The Port Authority also announced that, given the extreme level of interest the tunnel's decorations generated over the past week, it will explore hosting a design competition in 2019 with the goal of yielding even better ideas for how this iconic and historic structure can get into the holiday spirit.

The agency held a public hearing last week, where Cory Windelspecht, the Manhattan man who has been the public face of the push to move the decorations, addressed the board.

"The only reason we are here today is that we spoke loudly," he told board members. "We just wanted to get noticed."

Windelspecht said he travels through the tunnel several times a week as part of his job in medical sales and that he has been irked by the sign for several years because of the placement of the tree decoration over the "N."

He said he called the Port Authority but got nowhere, until a video he made about the situation went viral.

At the hearing, Windelspecht read complaints from some of the 2,000-plus commuters who signed his petition asking for a change.

"Just move it, it's not right," he said. "It hurts my brain. It's a distraction, and distractions are anti-traffic."