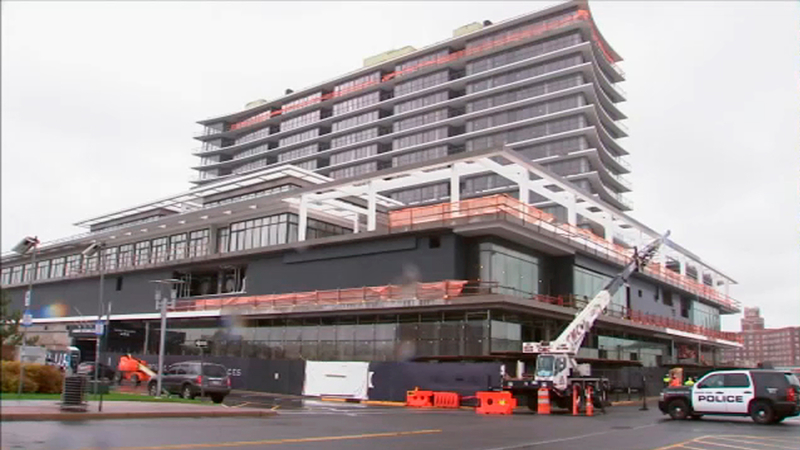 ASBURY PARK, New Jersey (WABC) -- A dispute is heating up in New Jersey over a popular stretch of the Jersey Shore.

Residents in Asbury Park are now speaking up against a new development project that they say has already destroyed a part of the boardwalk and will limit access to the public beach.

Three blocks of beach near 7th Street and Ocean Avenue have seen the boardwalk removed as construction begins on a private pool club for anyone who can afford to buy in at the new Asbury Ocean Club luxury high rise.

A few blocks away, members of the Asbury Park Homeowners Association are not happy about the project and have major concerns.

They say that the pool club will have the illusion that the stretch of beach in front of it is private and that access to that area will be diminished for the general public, that more paving for a new parking lot will negatively affect the coastal environment and that the developers have not been transparent about the plans.

The homeowners association also says the city at one point favored a more inclusive redevelopment of the north beach area, and that they learned of the new plans after those plans were well underway.

"So much of what has occurred had been both pre-Sandy and pre-development and we have very serious environmental concerns about the impact of that on the north end of Asbury Park," Bill Rosenblatt, of the Surfrider Foundation, said.

A city council meeting on the project will be held on Thursday at 6 p.m. where the developers are expected to explain their plans.