Know your surroundings, buddy system: How to stay safe while protesting 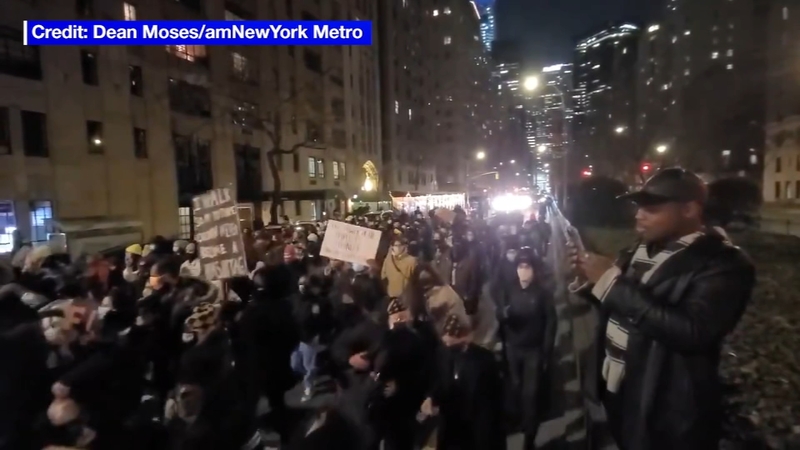 Know your surroundings: How to stay safe while protesting

NEW YORK CITY (WABC) -- Almost a year after the death of George Floyd, emotions are still running high across the region and the country.

Despite the guilty verdict, many cities are still preparing for protests in the wake of the Derek Chauvin verdict, and last year, thousands of people took to the street following Floyd's death -- and in some cases, it turned violent.

So if you plan to join a protest, how can you keep yourself safe?

"We have reason to be angry when lives are lost unnecessarily," said Pastor Preston Thompson, Jr., with Ebenezer Baptist Church in Englewood, New Jersey.

He urges people to use wisdom should they protest the jury's verdict.

"Do what you have to do to come home," he said. "And then, when you come home, take that anger and channel it towards bringing about systemic change."

The NYPDs oversight agency, the Civilian Complaint Review Board, received more than 1,000 excessive force complaints during the first 10 days of the Floyd protests last year.

"We have seen peaceful protesters brutalized for being compliant," Thompson said.

Ainsworth Minott has led marches in Englewood that turned heated during the unrest.

"You have to go in with the mindset that anything can happen," Minott said. "Always know your surroundings."

It can also be helpful to stay with a friend.

"Part of being safe can be buddying up," said Hayley Gorenberg, the legal director of the New York Lawyers of the Public Interest.

She says being safe means wearing a mask and social distancing, and it also means knowing which free legal services are available to you.

"Organizations include the National Lawyer's Guild, there is the Bail Project," she said.

The NYPD is urging calm and has taken steps to avoid similar results as last year.

"We all remember what happened last May," NYPD Commissioner Dermot Shea said. "We certainly don't want a repeat of that. We also put our men and women through training. We are here to support protests."

The right to protest also includes the right to record, according to the NYLPI.

"Turning off any kind of automatic opening or face or touch ID can be part of protecting your identity," Gorenberg said.