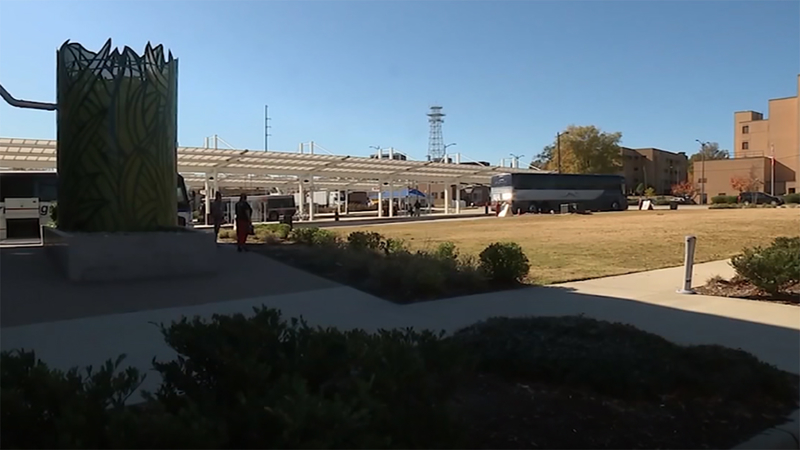 FAYETTEVILLE, N.C. -- Bracing for a city showdown, Fayetteville, North Carolina is looking to take on New York City after a handful of homeless families were reportedly illegally bused there from the Big Apple.

An investigative report from the NY Post found that it's part of an assistance program in New York but Fayetteville's mayor says he had no idea it was happening.

"There were a number of cities in the country that New York was sending their homeless to and we were one of them," said Mayor Mitch Colvin. "In fact, I think we were the largest recipient in North Carolina and this was troubling."

Mayor Colvin says he found out about it when a reporter from the New York Post contacted him earlier this month for comment on the estimated six families that were reportedly bused to North Carolina as a result of the SOTA program or Special One Time Assistance Plan.

"I really didn't have a vast understanding but I understand the concept. That they were taking their problems related to the homeless that they're struggling with and moving them to other communities and I think that's completely unfair," said Colvin.

Sister station WTVD researched the program and found that it offers a year worth of rent to move to other cities in New York, out of state or even as far as Puerto Rico.

For Fayetteville, the problem then becomes affordable housing, the availability of it and whether the resources available there are enough to take on a growing homeless population. Even with the Tiny Home project and Homeless Day Center, Mayor Colvin worries that the long term impact of busing people there could put a strain on resources.

"We're struggling now to keep up with our own homeless population and putting the amenities and resources in place to deal with that and we certainly can't take anyone else's issues," said Colvin.

Neither can the citizens, Colvin said.

"I think it's a big ask to ask these tax payers to use their tax dollars to take care of other people's homeless population," he said.

Buried in secrecy are the safety concerns, Colvin says he has no clue who's being dropped off.

"You very well may import people with sex offenses, criminal backgrounds and all of that," said Colvin.

Mayor Colvin has a message. He joins the tune of dozens of elected officials across the country asking Mayor Bill de Blasio to stop the busing.

"I have asked legal to look at any legal requirements or remedies that we have," he said.

The Cumberland County Continuum of Care says they receive their numbers from the Coordinated Entry System in which the homeless seeking help with shelter often filter through.