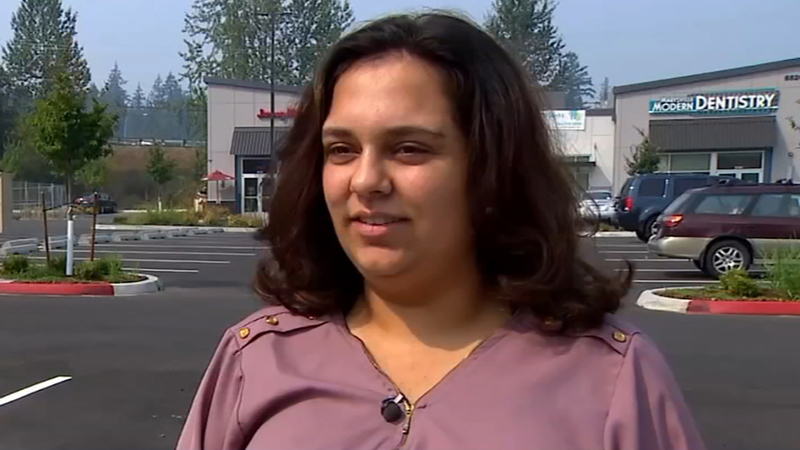 Woman says she was fired for being pregnant

WASHINGTON -- A young woman is speaking out after she says she was fired from her job for being pregnant.

After she got the job, she said she sent the store manager a text telling him she's pregnant and will need maternity leave in December.

In the text, she wrote, "This will not interfere with my performance and I will be back after the baby is born."

Denton finished her first week, but then she noticed she wasn't on the schedule. So she texted the manager.

He texted her back, writing, "I am sorry to inform you but it's not going to work out. It's not a good time for us to have someone who is leaving for maternity leave. You also failed to tell us this during your interview."

She said she was shocked.

"It's discrimination, you're not supposed to do that," she said. "You don't do that to somebody when they're willing to work to support their baby."

The owner of the Jersey Mike's says he's aware of the text sent by his manager and that manager has been fired.

"First of all, she doesn't have to tell him during any interview that she's pregnant," attorney Reba Weiss said. "And secondly, it's blatantly illegal to terminate a woman because she's pregnant or going to go on maternity leave."

The owner offered Denton her job back, but she turned it down and said is considering legal action.