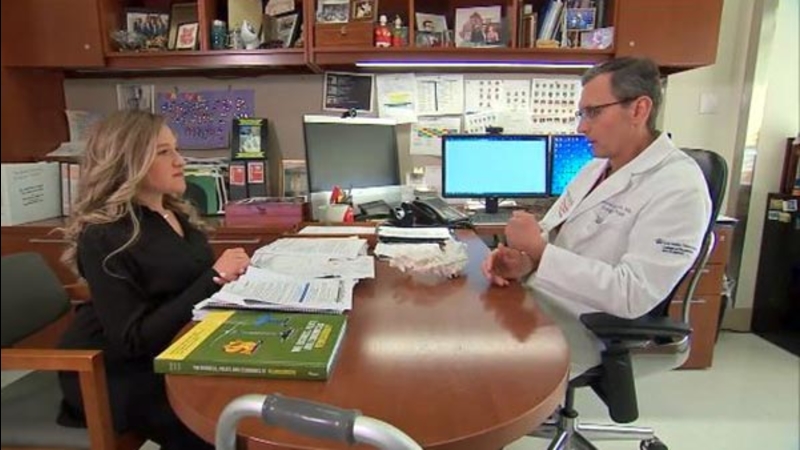 NEW YORK -- Seattle native Solomiya Dezhnyuk suffered spinal cord infections as a baby, which caused her to develop severe scoliosis. As she got older, the scoliosis worsened, creating a large protruding bump on her upper back and compressing her heart and lungs, which were confined to a mere 3- to 4-inch space. After two unsuccessful surgeries, her previous doctor referred her to Lawrence Lenke, M.D., Surgeon-in-Chief at the NewYork-Presbyterian Och Spine Hospital.

Dr. Lenke conducted a rarely performed series of surgeries called "vertebral column resection." This surgery involved breaking the spine, separating it into two pieces, and then moving the pieces into their correct positions and permanently fixing the spine. After two 10-hour surgeries, she now has a much straighter spine and the improved ability to breathe at ease. Dr. Lenke believes she has a great future ahead of her and can lead a normal life.

WABC-TV is proud to have taken you inside the NewYork-Presbyterian Och Spine Hospital for a look at some extraordinary stories that we call Medical Marvels. It's WABC's Emmy-nominated digital series exclusive to abc7NY.com