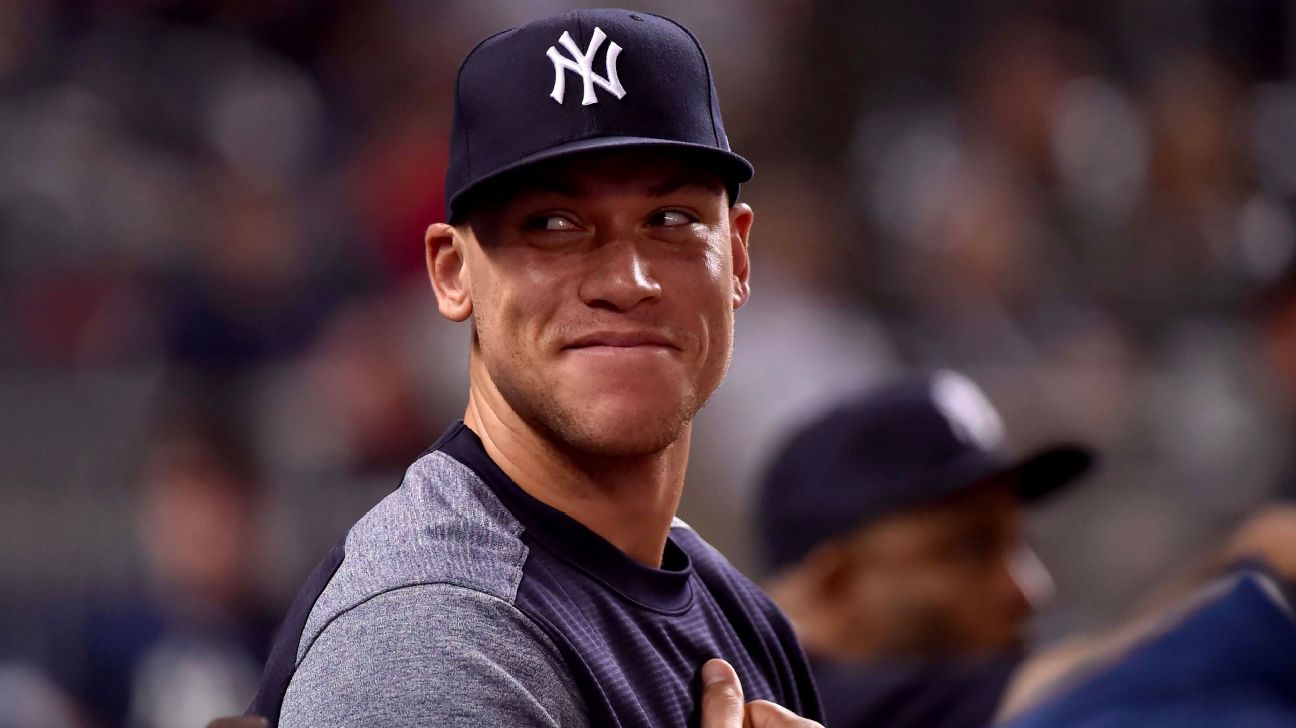 SEATTLE -- New York Yankees right fielder Aaron Judgeon Friday continued to take positive steps forward in his recovery from a broken wrist, swinging on a field for the first time since being injured six weeks ago.

About five hours before the Yankees faced the Seattle Mariners in their series opener at Safeco Field, Judge was in the ballpark's right-handed batter's box, standing inside the batting cage, where he hit off a tee and took soft toss from hitting coach Marcus Thames.

"[It was] all on the field, so we can see some carry and stuff," manager Aaron Boone said about the drives Judge peppered throughout the outfield.

This might have been Judge's first time hitting on a field since he suffered a chip fracture of the right wrist when he was hit by a pitch July 26, but it wasn't his first time hitting this week. Judge did some type of swinging each day of the Yankees' three-game series at Oakland earlier this week. He took dry swings, hit off a tee and took soft toss. But it was all done in interior cages.

Judge has already notoriously missed the original three-week recovery window the Yankees outlined. But as this injury enters a more normal recovery period, the 26-year-old seems to be progressing comparatively quickly.

For much of the past three weeks, Boone has repeatedly said he felt his power-hitting outfielder's rehab would speed up once the pain left his wrist.

"It's gone a little further than we thought initially," Boone said of that pace following this week's work. "This is kind of what we've been waiting for the whole time: for that pain to get out of there, and for him to be able to really swing it.

"We can start to get at least a little bit excited about how he's feeling when he's swinging the bat. The ball's coming off real nice. So just positive steps for Aaron."

Along with hitting on the field, Judge also got in extra defensive work in the outfield, and threw during the early batting-practice session.

Because the Yankees' Triple-A and Double-A affiliates are currently in the playoffs, New York isn't expected to send Judge off for any rehab games. The Yankees will instead try to replicate much of that with simulated game scenarios against the pitchers currently on their active roster.

Already, Judge has stood in during Yankees bullpen sessions and tracked pitches. It's an effort to help him get his timing back at the plate.

"Hopefully we'll be able to get him at least enough reps to get him somewhat comfortable with the transition," Boone said.

The Yankees are similarly hoping to slowly transition shortstop Didi Gregorius back to regular action. Gregorius was activated from the 10-day disabled list Friday following a stint for a left-heel injury. He entered as a defensive replacement in the sixth inning and grounded out to second in his only at-bat.

Boone said he probably would start Gregorius on Saturday, depending upon how he feels going into that game.

"Excited to get him back," Boone said before Friday's game. "Being able to hit him in different spots throughout the middle of the order, he kind of balances us out a little bit.