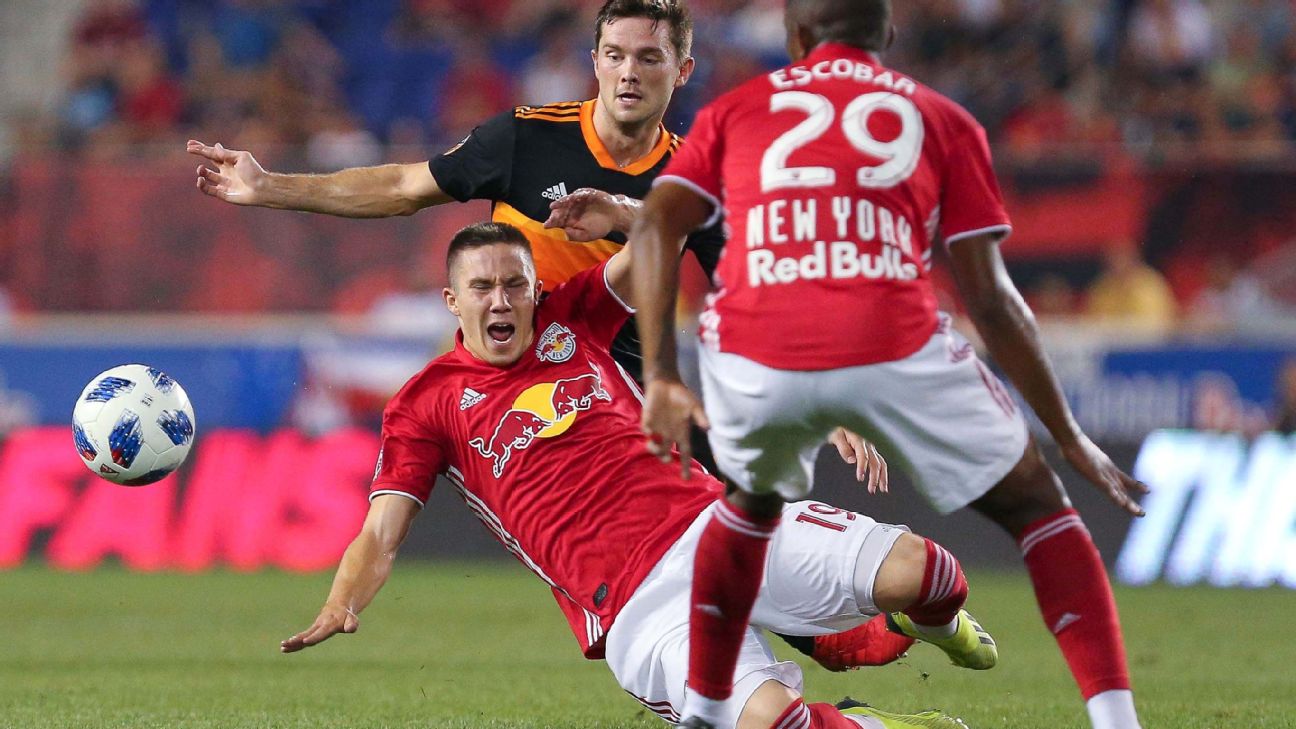 Brian White's 55th-minute goal was the topper on an opportunistic performance by New York and lifted the surging Red Bulls to a 1-0 victory over the win-starved Houston Dynamo on Wednesday at Red Bull Arena in Harrison, N.J.

The victory allowed the Red Bulls to stretch their undefeated streak to six games and to leapfrog Atlanta United for first-place in both MLS' Eastern Conference and the Supporters Shield standings in the race for the league's best record.

Houston has now gone nine matches, since July 7, without a victory and has lost six of its past seven contests.

White's scoring play began on the right side when Michael Murillo threaded a ball into box, but the pass was knocked away with a slide tackle by Houston defender Adolfo Machado. The loose ball went right to the Red Bulls' Alex Muyl near the end line, and Muyl lifted a pass over Machado to a wide-open White, who made short work of the opportunity.

The 22-year-old, homegrown White was appearing in just his second MLS game.

The shutout was the 10th of the year for New York goalkeeper Luis Robles and the 59th of his seven-year MLS career, all with the Red Bulls.

Houston's Romell Quioto, who entered the match in the 58th minute, nearly tied the game in six minutes later when his header off a corner kick got past Robles and hit the left goal post before bouncing away.

Goalkeeper Chris Seitz made two saves to keep Houston in the match but had no chance to stop White's deciding goal.

The Red Bulls have an 12-5 advantage all-time against Houston (with eight draws) and have not lost to the Dynamo in nine matches at Red Bull Arena, owning a 8-0-1 mark.

New York plays next on Saturday at Montreal. Houston travels to FC Dallas for the third match in this year's Texas Derby, also on Saturday. 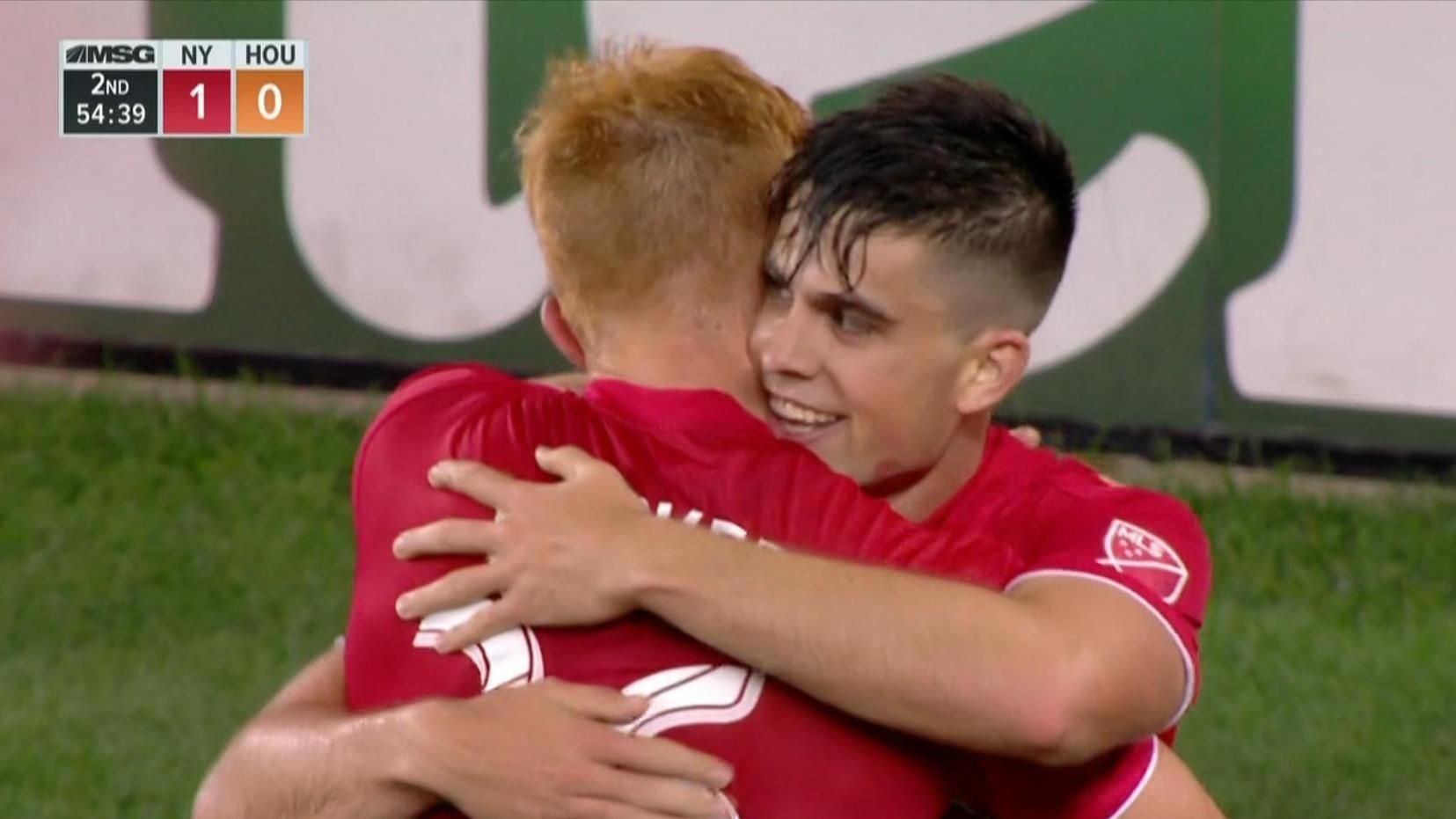