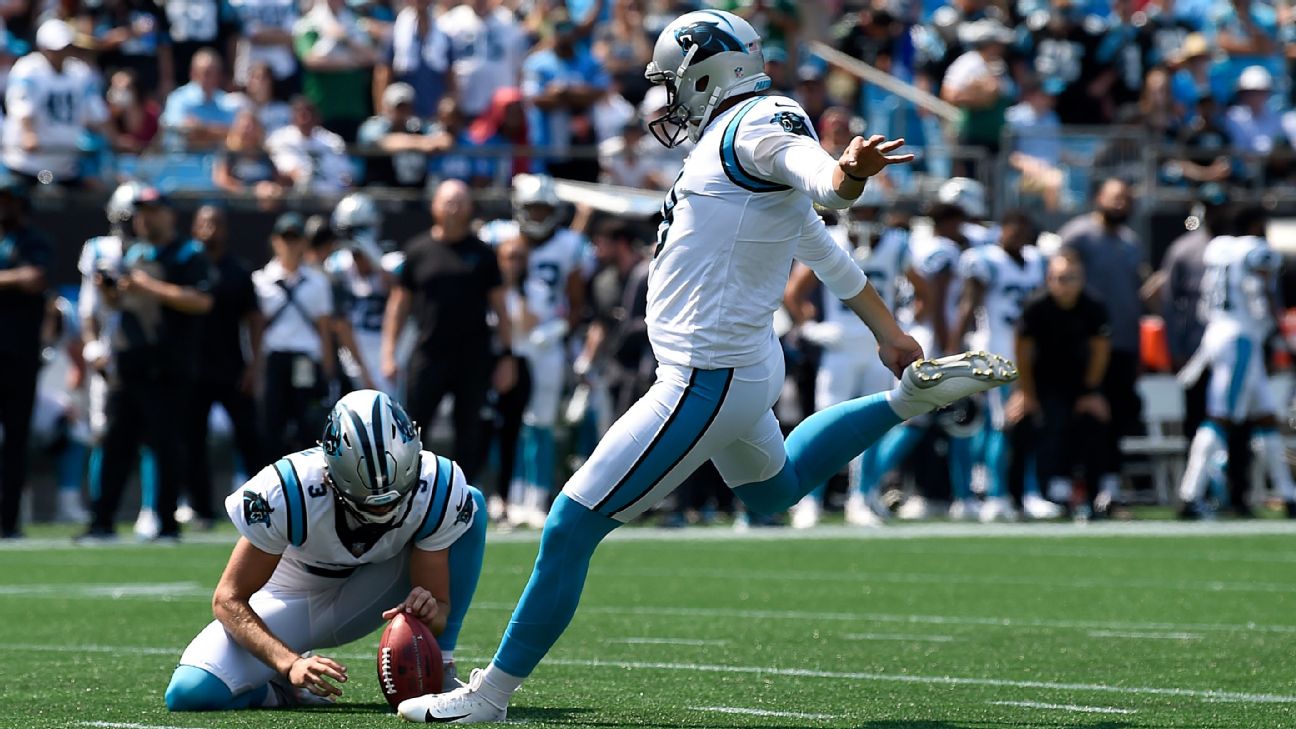 CHARLOTTE, N.C. - The Carolina Panthers releasedRyan Santoso on Tuesday, less than a week after coach Matt Rhule said the season opener wasn't a one-game tryout for the kicker.

In doing so, Carolina avoided having to send a 2022 seventh-round pick to the New York Giants.


The trade for Santoso before the preseason finale had a stipulation that the 6-foot-5, 258-pound place-kicker would have to be on the active roster the first two games. His release came two days after he missed an extra point in the 19-14 victory over the New York Jets.

Santoso, 26, was brought in to compete with Joey Slye, who was released after missing a 49-yard field goal in the preseason finale. Slye signed with Houston and on Sunday was 3-for-3 on field goals (49, 26 and 25 yards) and 4-for-4 on extra points in the Texans' 37-21 win over the Jaguars.