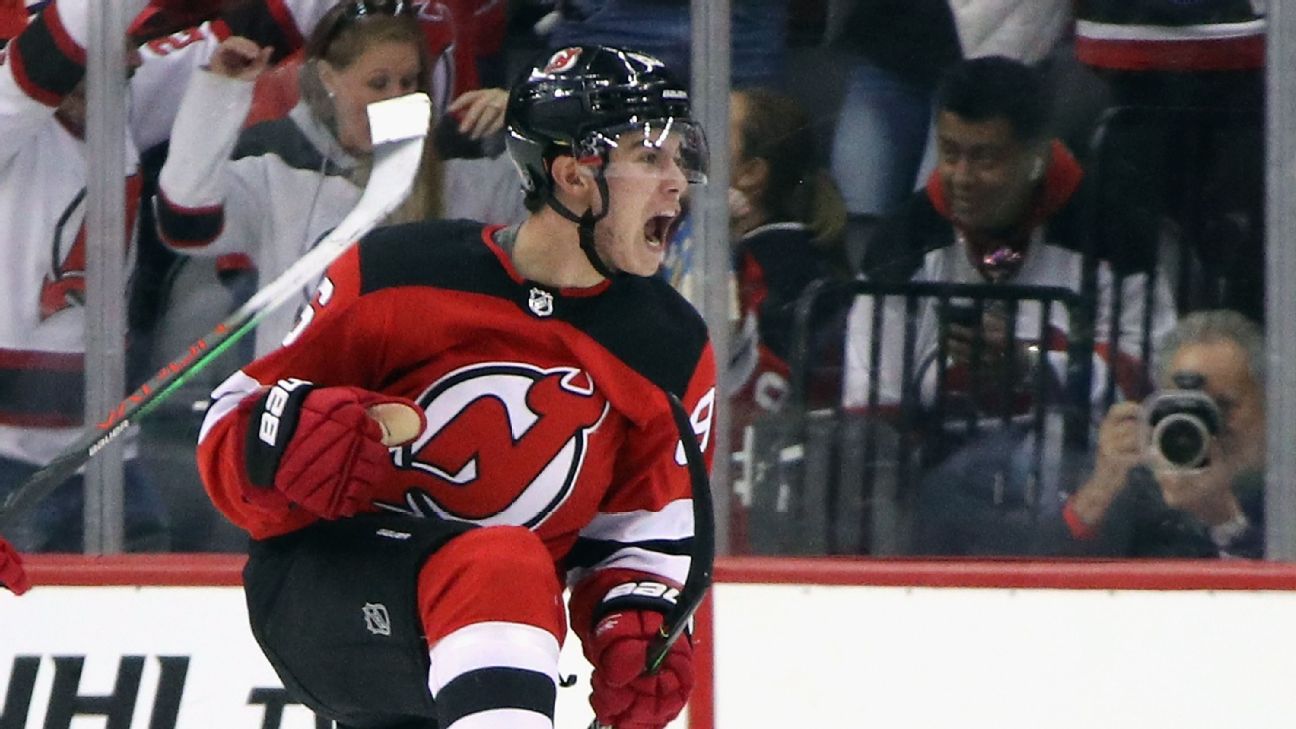 NEWARK, New Jersey -- Jack Hughes, the No. 1 overall pick in this year's draft, scored his first NHL goal for the for the New Jersey Devils on Saturday in a game that had particularly special meaning for the rookie and his family.

With older brother and fellow NHL rookie Quinn Hughes on the Vancouver Canucks' bench and more than 70 close friends and family in the stands, including parents Jim and Ellen, Jack Hughes scored a power-play goal in the first period.

It was also the only goal scored in the game, which made Hughes the youngest player in NHL history -- at 18 years, 158 days -- to score the game-winning goal in a 1-0 win, according to the Elias Sports Bureau.

"It was such a thrill," Hughes said after the game. "I was really happy to do that today.[Wayne] Simmondssaid it to me on the bench, 'There's nothing else like it.' It was such an unreal feeling; hopefully I can get a few more."

Coming into Saturday's game, eight players had scored their first career goal against the team on which their brother played, according to the NHL. It last happened in 2012, when Buffalo Sabres forward Marcus Foligno scored his first NHL goal against his brother Nick's Ottawa Senators.

This was the first time in their young NHL careers and only the second time ever at any level that Quinn and Jack Hughes had gone head-to-head in a game.

Jim and Ellen Hughes attended the game in a suite, surrounded by close friends and family, many of whom were wearing T-shirts adorned with both teams' logos and the numbers of the Hughes brothers.

"They're just as happy as I am," Jack Hughes said. "I saw the video of my mom and dad celebrating [the goal]. I think they were pretty pumped up. We'll go out to dinner here and celebrate a little bit."

He said he plans to give the puck to his parents.

Quinn Hughes played 22:41 and was credited with one blocked shot and one takeaway in the game. He didn't have a chance to congratulate his brother on the ice, but said he plans to after the game.

"I want to see him have success, but not too much against us," Quinn Hughes told reporters after the game. "If we were going to lose 1-0, I'm happy he did it. But at the same time, I'm not happy we lost. There's a lot of brotherly love, but I wish we were winning 1-0."

Jack Hughes had gotten off to a difficult start to the season until notching his first NHL point on an assist in the Devils' first win of the season Thursday against the New York Rangers.

Hughes' early season point drought had been the longest for a No. 1 draft pick to start his career since Steven Stamkos went pointless through his first seven NHL games in 2008-09.Now he has points in each of the Devils' wins this season as they improved to 2-4-2.

Quinn Hughes, who is 18 months older than Jack, was the seventh overall pick by Vancouver in 2018. He scored his first career goal 10 days prior in a Canucks win over the Los Angeles Kings. 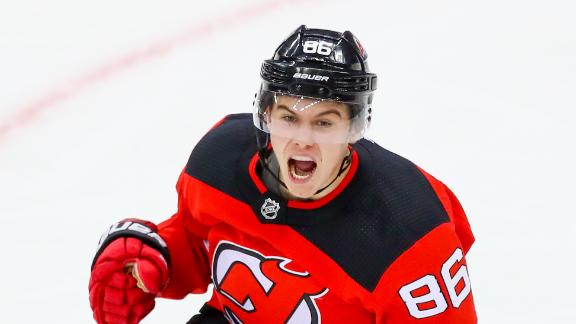