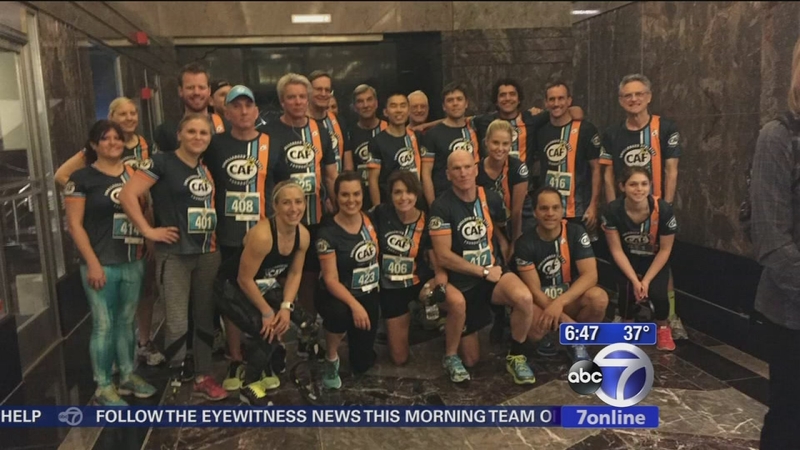 The men's race was won by German runner Christian Riedel, a first-time winner who came in at 10 minutes and 16 seconds.

The 38th annual tower climb, organized by NYCRUNS, involved participants who came from around the world and were led by the elite women's and men's groups. The general field followed, with staggered, seconds-apart start times for racers to avoid a crush of people all trying to get into the stairwell at the same time.

The Empire State Building Run-Up is one of the most well-known tower climbs in the world, and this year, climbers raised money for the Challenged Athletes Foundation, including two athletes who looked at the challenge from a different perspective. 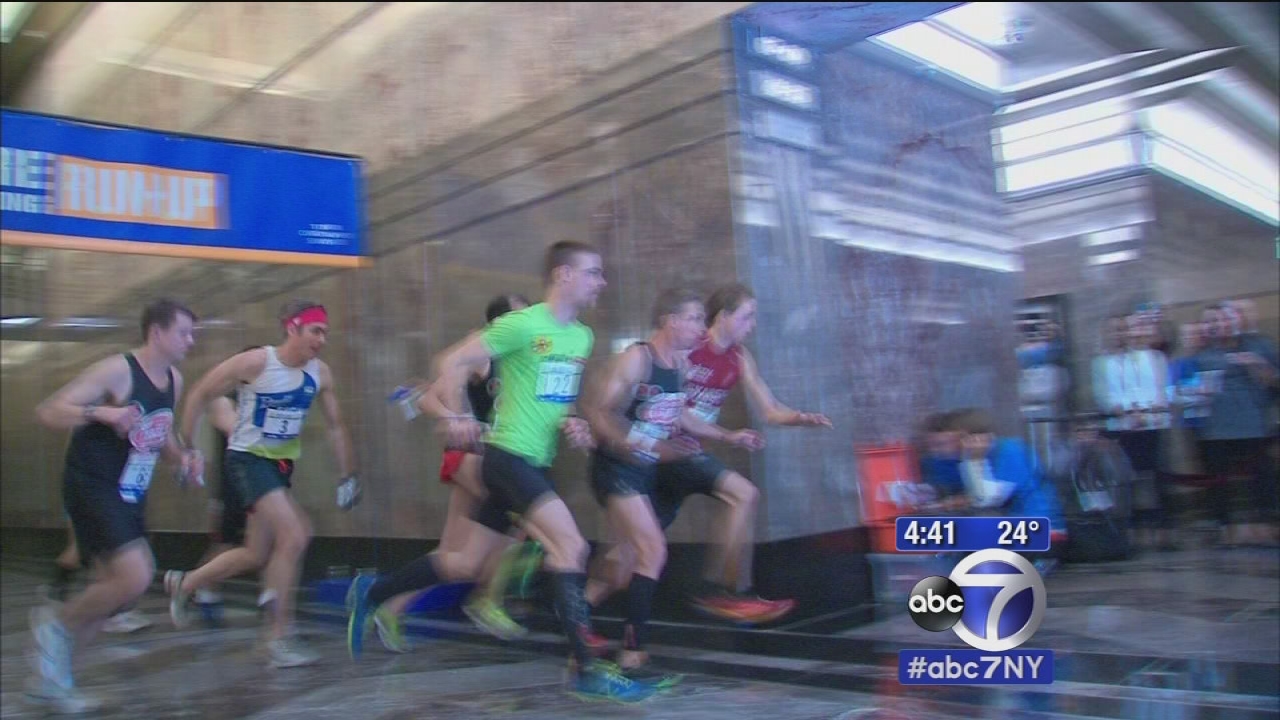 Runners race for the top in Empire State Run-Up
This year climbers will be raising money for the Challenged Athletes Foundation, including two athletes who are looking at this challenge from a different perspective.
"My slogan is, anything's possible," said Glenn Hartnick, who ran his first New York City Marathon in 2006. He caught the running bug and went on to take one hour off his time and complete 175 races, including 19 triathlons.

His success landed him on the December 2012 cover of Runners World Magazine, where he was quoted saying, "My favorite body part was my legs because they allow me to see things I would never get to see."

But while riding a bike, Glenn was struck by a car.

"It's about 44 miles, and on my return trip, about 35 miles in, just south of the bridge, as they were trying to make the turn, they realized they couldn't complete the turn and they hit me," he said. "I was paralyzed, spinal cord injury, from the chest down."

Now in a wheelchair less than six months after his accident, Glenn decided handcycling could get him back into the sports he loved.

"The Challenged Athletes Foundation was something that helps athletes like myself recover and get back to doing the things that are important to us," he said.

Funding for Glenn's bike and many other CAF efforts come from events like the Empire State Run-Up. In fact, this year, challenged athlete Denise Castilla made the climb to give back to an organization that has given her so much after she lost her leg.

"Last summer I did a Spartan race," she said. "Some of these obstacles, I was like, I cannot believe I got myself into this, but you know what? I finished, and it was really emotional."

CAF also helped her do a triathlon, and last year, Denise was a ball girl at the U.S. Open.

"They provide you with a network of people that you know, and people that completely understand you," she said. "I think that's been a very important part of my recovery."

Also competing in the Run-Up was Long Island native Sarah Reinertsen, who made sports history in one of the toughest endurance events in the world, the Hawaii Ironman Triathlon. The legendary race starts with a 2.4 mile swim, continues with a 112-mile bike ride and culminates with 26.2 mile run, all in a single day. Two years ago, Sarah completed the Ironman World Championships in Kona, becoming the first woman to finish an Ironman on a prosthetic leg. 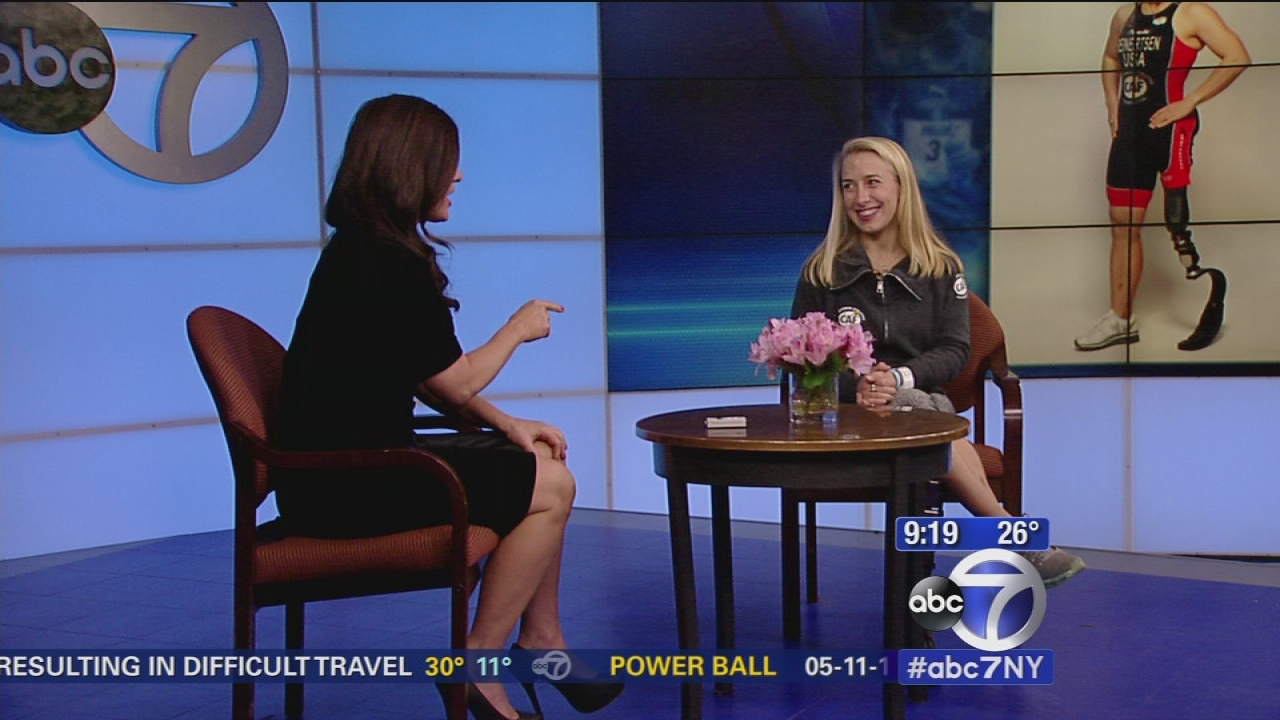