ESPN
By Brian Windhorst
You've just witnessed the most intense transactional day in NBA history. Actually, it was more like a quarter of a day.

Amid the flurry of Sunday's spending and sign-and-trades, it might've been easy to miss that something potentially terrific happened: The league just got super competitive.

Kawhi Leonard holds the favorite chip in his hands and wherever he signs may end up being the title favorite. But no matter what he decides, it promises to be a mysterious 2019-20 season with a slew of true contenders, a needed changeup.

This could well be the NBA's first transitional season since 2014-15, when the Miami Heat broke up and the San Antonio Spurs slowed down, eventually getting eliminated in the first round. From that murk rose the Golden State Warriors, who stunned us with their explosive leap. It was a joyous time of uncertainty.

The brand-new 2019-20 season now has even more promise. The first hours of the new league year saw teams in both conferences fortify themselves by spreading out the balance of power. After waiting out the Warriors' five-year run and the sunset of LeBron James' Finals streak, this is what everyone else has been waiting for. The door is open and everyone can sense it.

Just consider the unusual circumstance two of the biggest offseason winners face. The Brooklyn Nets had a historic free agency, landing both Kyrie Irving and Kevin Durant in a white-hot streak across social media. But because of the circumstances with Durant's injury, the Nets face a holding pattern as Durant recovers from his torn Achilles.

Yes, the Nets added Irving but in the process had to jettison another All-Star guard, D'Angelo Russell. They may be better next season, but until Durant returns they may have to toil in the middle of the pack of Eastern Conference contenders.

The Los Angeles Lakers have been another big winner, landing Anthony Davis, but waiting on Leonard has cost the Lakers a chance at signing the majority of their role-player targets as most have gone elsewhere. If they complete the grand slam by getting Leonard, they face playing next season with a record 10 minimum-contract players, which could present an array of challenges even with their star power. The futures of the Lakers and Nets are shimmering but they may not be at their best for a bit.

The Warriors promise to be relevant with Russell joining Stephen Curry as they wait for Klay Thompson, who is expected to eventually re-sign, to recover from a torn ACL. But the machinations needed to acquire Russell in a sign-and-trade with Durant will zap some depth and they will be vulnerable.

Meanwhile, the Northwest Division has turned into an arms race with the Utah Jazz loading up their team by trading for Mike Conley, then adding Bojan Bogdanovic and Ed Davis on Sunday. They join the Denver Nuggets, who elected to pay Paul Millsap $30 million to keep him and locked down Jamal Murray with a five-year contract extension, as legitimate contenders to win the West.

Then there are the Portland Trail Blazers, who are coming off the conference finals and re-signed Damian Lillard and Rodney Hood. Not to mention the Oklahoma City Thunder, who have two All-NBA players in Russell Westbrook and Paul George.

The Dallas Mavericks, who will be getting freshly re-signed Kristaps Porzingis back, and New Orleans Pelicans, who now have one of the deepest teams in the conference after signing JJ Redick and trading for Derrick Favors, will both be playoff contenders. And there's an expectation No. 1 pick Zion Williamson will be a must-watch every night, to the point where the Pelicans may sell out of season tickets.

None of this speaks to the power the LA Clippers will become if Leonard picks them. With their depth, they could be a serious title contender. Or the Houston Rockets, who despite their team turmoil status still are loaded with talent and might've been the second-best team in the West by the end of last regular season.

Having said all that, for the first time in recent memory, the East might actually be stronger than the West collectively.

The Boston Celtics retooled by replacing Irving with Kemba Walker, an All-Star starter last season. The Philadelphia 76ers, once they work out a Jimmy Butler sign-and-trade, will have added highly sought big man Al Horford to wing Josh Richardson after re-signing Tobias Harris.

Coming off a 60-win season, the Milwaukee Bucks kept key players Khris Middleton and Brook Lopez to space the floor for MVP Giannis Antetokounmpo. But they had to let valued guard Malcolm Brogdon go due to cost reasons, perhaps slightly bringing them back toward the pack.

Brogdon went to the Indiana Pacers, where he is expected to eventually join a recovering Victor Oladipo to create a powerful backcourt that could see them become more of a factor. The Detroit Pistons added another scoring and playmaking option by signing Derrick Rose as they look to return to the playoffs.

Add in the improving Atlanta Hawks, who have two top-10 picks joining their young core, and the Miami Heat, who are plotting a return to the postseason after lining up a deal to get Butler in an aggressive sign-and-trade that will likely get finalized.

Then, of course, there are the defending champion Toronto Raptors. If Leonard returns, fellow free agent Danny Green could follow and they could end up with the top eight players of a title team with legit thoughts of a repeat. Even if Leonard moves on, Pascal Siakam and Kyle Lowry should keep Toronto dangerous even if it creates a window for new blood.

The anticipation of all these moves drove so much interest over the previous 12 months. Oftentimes, obsession with this free-agent-rich summer overwhelmed attention on the games. That trend may end right now with so many teams feeling like they could be the next 2014-15 Warriors and sneak up on the league.

The 2020 free-agent class is expected to be much shallower than the target-rich group this summer. Combined with the upgraded list of competitive teams, it could drive more interest in actual basketball than the transaction forecasting that often dominated the conversation over the past 12 months.

That change alone could energize the regular season and unveil the kind of year of opportunity that will present a new drama for fans to fall in love with all over again. 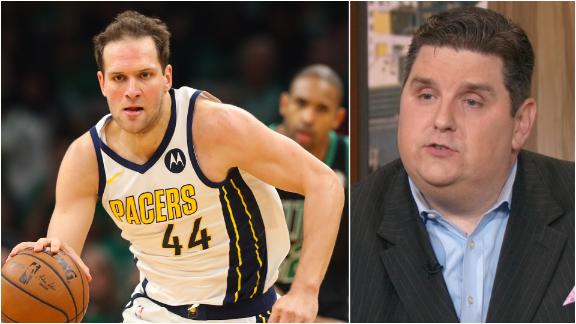 Windhorst calls Jazz contenders in the Western Conference
Brian Windhorst says with uncertainty surrounding the Lakers and Warriors, the Jazz have a chance to contend in the West with Bojan Bogdanovic. 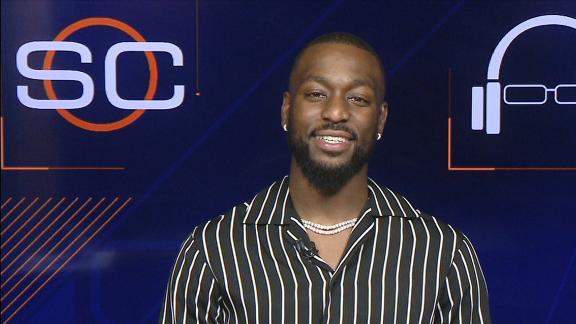 Walker: Boston was the best fit for me to win
Kemba Walker tells SVP that the idea of the Celtics meant winning when he was growing up, and playing for Boston gives him to best chance to do so.
Report a correction or typo
Related topics:
sportsespnutah jazzkevin durantkyrie irvingnbabojan bogdanovicbrooklyn nets
Copyright © 2020 ESPN Internet Ventures. All rights reserved.
More Videos
From CNN Newsource affiliates
TOP STORIES