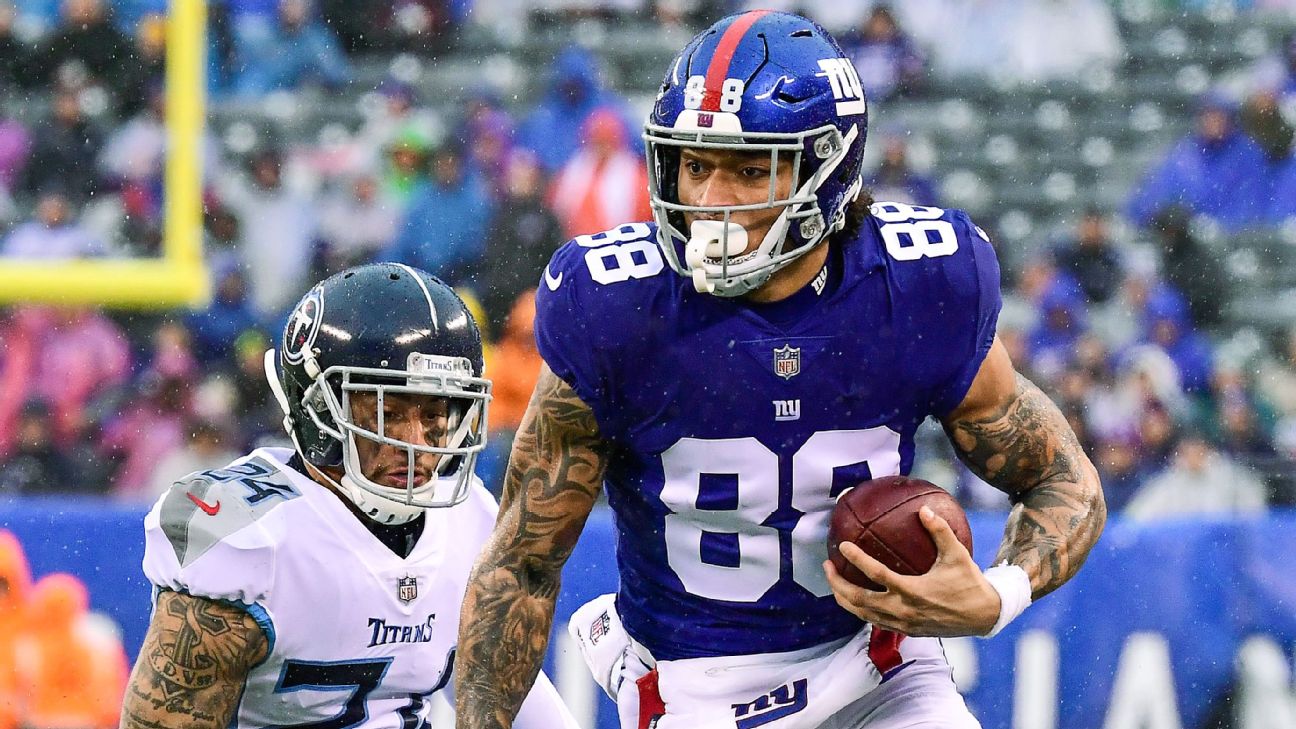 Teams had until May 5 to decide whether to use the option on first-round picks from the 2017 NFL draft. Engram was the 23rd overall selection that year by the Giants. Peppers, acquired last offseason in a trade that involved Odell Beckham Jr., was the 25th pick by the Cleveland Browns.

The move keeps both players under contract through the 2021 season. Engram's price tag for next season is expected to be in the $6 million range as a tight end drafted outside the Top 10. Peppers, a safety selected late in the first round, should come in at close to $7 million, both reasonable prices considering their substantial roles with the Giants.

Peppers and Engram finished last season on injured reserve. Peppers suffered a back injury in late November. He is expected to be fine.

Engram, 25, missed the final seven games with a foot injury that required surgery. He also missed a Thursday night game earlier in the season with a sprained MCL in his knee. He has missed 14 games in his first three professional seasons. The explosive tight end from Ole Miss was in a boot as recently as late January and still is rehabbing the foot.

"I haven't seen him. None of us have been in the building in over a month," general manager Dave Gettleman said Saturday when asked for an update on Engram. "As far as I know, he's doing fine. That's all I know."

Engram has been home in Atlanta rehabbing and working out while NFL facilities have been shut down by the coronavirus crisis.

When he has been on the field, Engram has produced. He had 44 receptions, 467 yards and three touchdowns in eight games last season and has averaged 51.9 yards per game throughout his career. The explosive playmaker is expected to play a major role with the Giants in Jason Garrett's offense, which has been tight end-friendly over the years.

The Giants didn't make any overarching changes to their tight end group this offseason. Their only significant move was signing Levine Toilolo, known more for his blocking than pass-catching ability. Toilolo replaced Rhett Ellison on the roster. Ellison retired this offseason.

The fifth-year options do not restrict the Giants from negotiating a long-term deal with either Engram or Peppers before their contracts expire. Gettleman recently spoke of remaining financially flexible with the futures of Engram, Peppers and nose tackle Dalvin Tomlinson in mind.

Peppers, 24, was one of the few playmakers last season on defense for the Giants. The safety from Michigan started 11 games and finished second on the team with 71 tackles and first with three forced fumbles, despite missing the final five games of the season.