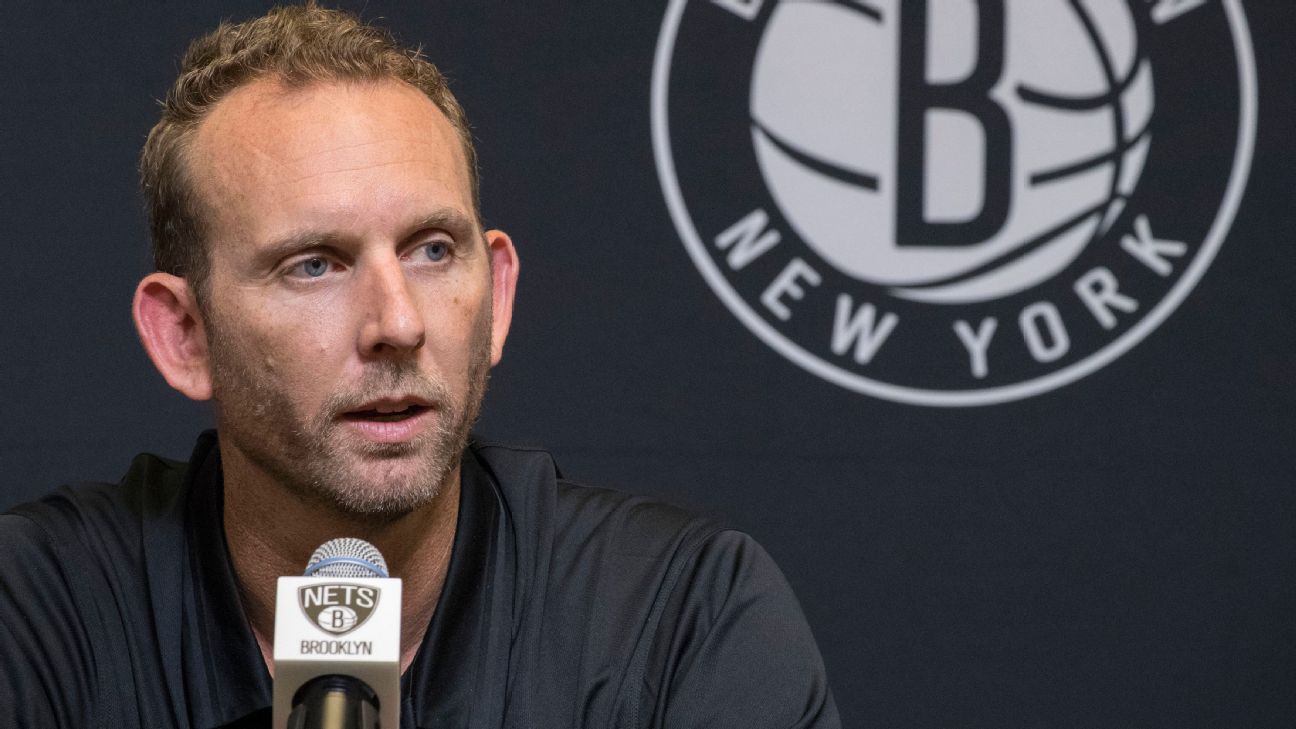 LAS VEGAS -- When Kevin Durant announced on Instagram that he would join the Brooklyn Nets at the stroke of free agency, the team's brain trust -- ensconced in the team's gleaming practice facility overlooking New York Harbor -- celebrated one of the league's elite players choosing to join the franchise.

Now comes the hard part: making it all work.

"I think from our standpoint is we stand true to who we have been for three years," Nets general manager Sean Marks said Tuesday during a news conference at UNLV's Thomas & Mack Center addressing the team's summer business. "Competing and playing hard and playing unselfish basketball. The product on the court speaks for itself.

"Guys, [coach Kenny Atkinson has] mentioned, they want to play here. They want to play in that system. The expectations, obviously they're growing. It comes with a deeper team. The more talent you acquire, we all know that we're all-in on that, not only from the two of us but the organization as a whole."

Marks, sitting alongside Atkinson, spent a half-hour discussing what has been one of the most eventful offseasons in the NBA -- one that saw Durant, Kyrie Irving and DeAndre Jordanchoose to team up in Brooklyn. The fact they all agreed to do so at the stroke of free agency was just one of many signs that this summer was a lot different from past ones.

"These players are talking all the time," Marks said, referring to Durant making his decision without officially taking a meeting with the Nets -- or anyone else. "Our guys are talking, who knows what's going on behind closed doors. And we let them have their space; I mean, that's the players' sanctuary.

"The world is so small now, with social media and everybody can put out every post they want and so forth at whatever time they want. There's a lot of speculation and everybody's jumping on that: Did he mean this, and did he not mean this? So I think the market is different, too. This year was a year where there was so much money in the market.

"And guys were going, 'How do I capitalize? How am I going to make that money and not be left out?' I don't know if it's a perfect storm. I don't know what you want to call it. But I think ... this is definitely a bit of an anomaly year. And maybe that's where it's trending."

However it happened, Atkinson admitted he was caught off guard by how it all played out.

"Quite honestly, it did surprise me," Atkinson said with a smile. "Obviously we improved a lot last year but it wasn't a so-called star system. It was a group of guys that play really well together. I think it gives more credit to the guys that are coming here that say, 'I like that style of play, I like the way they play.' I think they want to participate in something like that.

"Yeah, it surprises me just because we've come a long way in a short time. That's the biggest surprise. And it happened quicker. I know Sean was strategizing and thinking big-picture. I was kind of focused more on the day-to-day. It was a surprise they chose to participate in this type of system that we're running."

It certainly is a long way from where the Nets were at this time three years ago, when they held a summer news conference to introduce a series of signings -- including Jeremy Lin, Jordan Hamilton, Trevor Booker and Joe Harris.

Now, three years later, Brooklyn has become one of the most exciting franchises in the league, and Harris has developed into both one of the NBA's elite 3-point shooters and one of the faces of the Nets' revitalization project.

"It's an unbelievable transition," Harris told ESPN. "Actually, Sean and I were joking the other day because three years ago we had a press conference for free agency and it was Anthony Bennett, Jeremy Lin, Trevor Booker, Justin Hamilton, myself and Caris LeVert. And now they're having a presser for KD, Kyrie and DeAndre Jordan.

"But it's one of those things where you could sort of see the trajectory of the organization. They had laid a good, really solid foundation. The culture was solid. Everything about it was growing and trending in the right direction, but obviously this got to this point quicker than anyone could have realized."

It's a transition now, though, that comes with a lot of other questions.

One is obvious: When will Durant play? Coming off the torn Achilles tendon he suffered during the NBA Finals, it is assumed he will miss the vast majority of next season -- if not all of it -- and then return for the final three seasons of the four-year, $164 million contract to which he agreed with Brooklyn.

Marks, though, refused to speculate about when Durant could potentially return to the court.

"He will be evaluated with the performance team and so forth," Marks said. "I think a timeline will be given in due time, but as of now, we're certainly not going to comment on when or if and make any sort of hypotheticals. It's too early."

Both Nets leaders were also asked about the process of integrating Irving -- who is coming off a tumultuous season in Boston -- into the mix in Brooklyn.

Last season, the Nets had tremendous chemistry throughout their underdog season, going from a team not expected to make the playoffs to one that finished with the sixth seed in the East and pushed the Philadelphia 76ers in the first round.

"I'm definitely starting to do my homework on him," Atkinson said. "It's still recent. I think the challenge is to get the best Kyrie. I want him to have his best season ever and continue that improvement, and that's tough because he played well last year.

"I know there's a lot of talk out there, but you look at his numbers and look at the way he played, he played really well. Definitely going to challenge him to keep improving. We play a system I don't imagine changing a ton. You'll have to ask him that. I think that's part of the reason he was interested in coming here, our style of play. I think we'll come to a meeting of minds between me and him and how that works within the group."

Finally, Atkinson said that the competition between Jordan and Jarrett Allen for the starting center spot will go into training camp, but that Jordan -- who has been a starter for years -- has been amenable to coming off the bench.

"I'm excited about the pairing," Atkinson said. "Jarrett and DeAndre and DeAndre being able to push Jarrett and Jarrett being able to push DeAndre. DeAndre, two years ago, he was an elite, elite center in this league. That's where I want him to get back to. We really want to push him to his previous level. I think Jarrett will help him do that. As far as starting, not starting, Jarrett Allen said, 'Hey, I want to be the starter,' which I love. It's great. I think we embrace the competition. I think that'll play out. I do think it helps us matchup-wise. If [against] Joel Embiid maybe [Allen] gets two quick fouls or something we do have a heck of a player to support him and potentially starting different guys, too. I think that's possible. I think it's a great tandem to have. 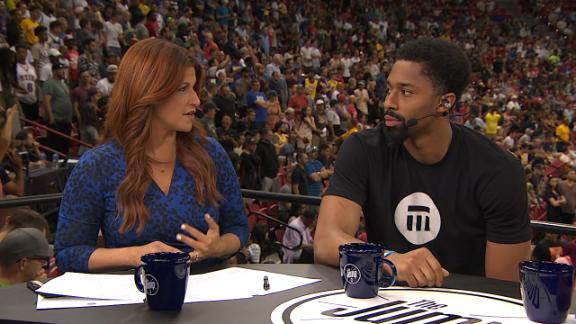