Gregorius back at it after Monday dehydration 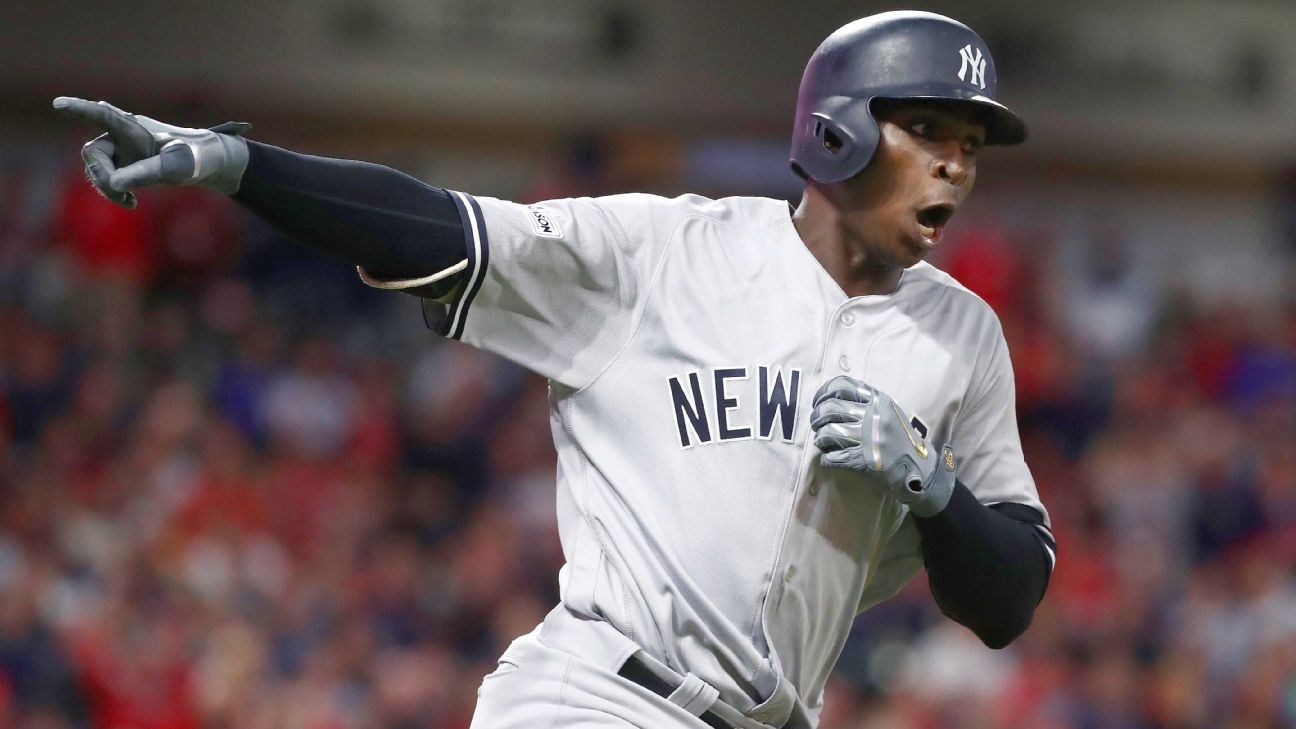 TAMPA, Fla. -- New York Yankees shortstop Didi Gregorius went 1-for-3 with a walk as the designated hitter in an extended spring training game Wednesday after taking one day off due to dehydration.

Gregorius, coming back from Tommy John surgery last October, was given an IV after playing in his first extended spring game Monday. After doing over an hour of on-field pregame work, he played five innings in stifling mid-90 degree conditions.

"What happened Monday? Dehydrated. Just got headaches," Gregorius said. "Nothing too crazy. Felt good yesterday and today was really good. Everything is 100 percent good."

Gregorius could rejoin the Yankees in mid- to late June.

Gregorius injured his elbow while making a throw from left field after a ball bounced off Fenway Park's Green Monster during Game 2 of the American League Division Series at Boston.

Outfielder Giancarlo Stanton, who hasn't played since March 31 due to a strained left biceps and then a strained left shoulder, was scratched Tuesday night from his second rehab game with Class A Tampa. He has discomfort near his knee, the result of getting hit by a pitch in a simulated game last week.

Shortstop Troy Tulowitzki, sidelined since April 3 by a strained left calf, continued working on his defensive versatility by adding work at second base in addition to shortstop and third base.

Tulowitzki could be ready to face live pitching by the weekend.