Islanders' Johnny Boychuk gets 90 stitches after taking skate to face 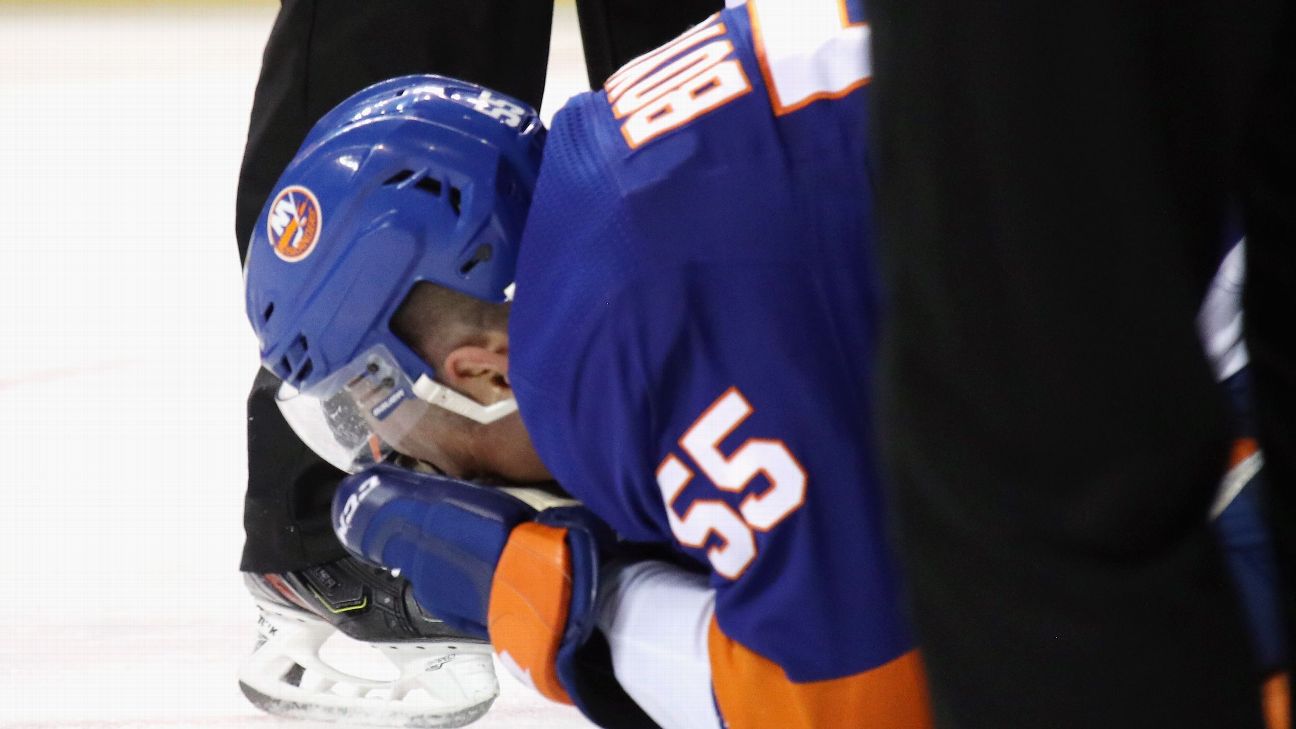 New York Islanders defenseman Johnny Boychuk required 90 stitches to repair a cut around his eyelid after being hit in the face by the skate of the Montreal Canadiens' Artturi Lehkonen on Tuesday night, team president/general manager Lou Lamoriello told reporters Wednesday.

Lamoriello said Boychuk suffered no damage to his eye.

"He had quite a night. ... He felt the skate blade hit his eye, but fortunately it just got the eyelid and they took 90 stitches to fix,"Lamoriello said. "He'll be fine. It's just a matter of time with the eye opening up."

There is no timetable on his return.

In a tweet Wednesday, Boychuk thanked those who wished him well after he was hurt.

Both players were in front of the New York net when Lehkonen appeared to lose his balance and fall forward, causing his legs to kick back and his right skate to connect with Boychuk's face as he looked downward.

Boychuk immediately went down to the ice with his hand covering his face before skating off in pain.

The Canadiens won the game 6-2. 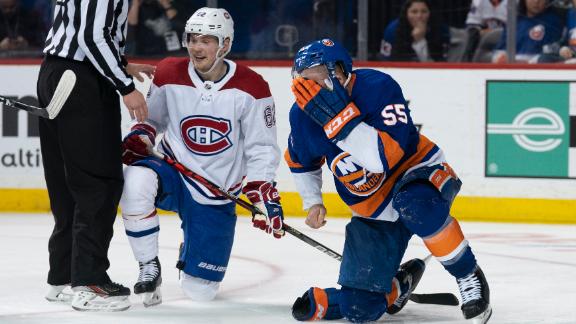 Boychuk needs 90 stitches after taking a skate to the face
Islanders defenseman Johnny Boychuk rushes off the ice after taking an inadvertent skate to the face during the Islanders' loss to the Canadiens.
Report a correction or typo
Related topics:
sportsespnnewsnhljohnny boychukstitchesskatenew york islanders
Copyright © 2020 ESPN Internet Ventures. All rights reserved.
More Videos
From CNN Newsource affiliates
TOP STORIES

Suspect on the run in CT murders may be in Maryland
Times Square billboards to momentarily go dark Wednesday evening
4 hit by falling tree branch on Upper West Side
Price hike: New Jersey to increase tolls on 2 major highways
Long Island enters Phase 1 of reopening, but not everything open
Show More
AccuWeather: Clouds, humidity spotty showers
County rejects NCC plan to cut programs for students with autism
Wild crash ends with car on side of Long Island building
No prom? No problem: 7-year-old holds special event for his nanny
Half of Americans would get a COVID-19 vaccine: Poll
More TOP STORIES News