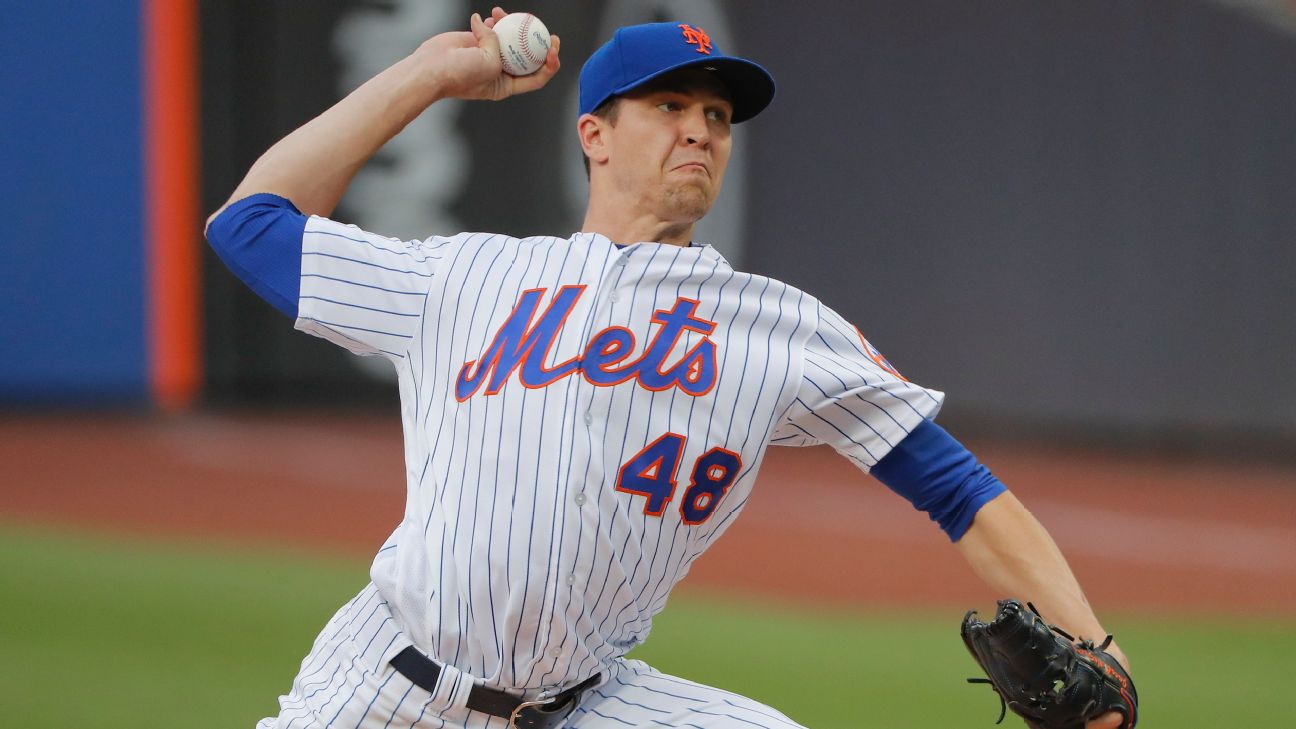 Jacob deGrom and the New York Mets will cease talks on a potential contract extension for the ace pitcher on Opening Day, according to general manager Brodie Van Wagenen.

ESPN and multiple outlets reported earlier Tuesday that deGrom's representatives set the Opening Day deadline and informed the Mets that deGrom would not negotiate a deal during the season.

But Van Wagenen, the Mets' first-year GM and deGrom's former agent, classified the deadline as a "mutual understanding" in an exchange with reporters later Tuesday.

"There's no reason for a distraction to carry into the regular season, and we'll continue to have dialogue over the course of this spring and see where those discussions lead," Van Wagenen said. "But the last thing either side wants to do is have this be a distraction once the season starts."

The Mets' regular-season opener is on March 28 against the Nationals, meaning they have just over six weeks to reach an agreement with the reigning NL Cy Young Award winner.

Van Wagenen said the Mets and deGrom "continue to have dialogue" this offseason about an extension but declined to offer specific details of those talks. The sides could possibly resume contract talks next offseason, as deGrom isn't scheduled to become a free agent until after the 2020 season.

CAA agent Jeff Berry, who represents deGrom, released a lengthy memo to all players in late December, calling for union solidarity in adopting a wide range of measures in response to a second straight offseason marked by a slow free-agent market.

Among his many recommendations, Berry suggested that players should potentially limit their individual workloads to maintain maximum value ahead of free agency. The New York Post reported that deGrom could self-impose restrictions on his workload if he doesn't get a new deal from the Mets.

DeGrom, 30, led the majors with a 1.70 ERA last season, going 10-9 with 269 strikeouts in 217 innings. The sides avoided arbitration last month by agreeing to a one-year deal worth $17 million, a record raise for an arbitration-eligible player from his $7.4 million salary. He has one more year of arbitration.

Van Wagenen said Tuesday that he wants to make sure "there is no strained relationship" between the Mets and deGrom, "no matter what takes place."
Report a correction or typo
Related topics:
sportsespnjacob degromextensionmlbnew york mets
Copyright © 2020 ESPN Internet Ventures. All rights reserved.
More Videos
From CNN Newsource affiliates
TOP STORIES