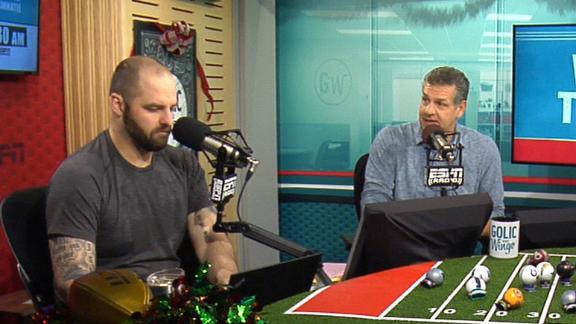 FLORHAM PARK, N.J. - Sam Darnold's emergence played a pivotal role in the New York Jets' decision to retain the man who drafted him, general manager Mike Maccagnan, and now the young quarterback will be the focal point of the team's search for a new coach.

That was the message Monday from the Jets, who split up the Maccagnan-Todd Bowles tandem by firing the coach on Sunday night.

CEO Christopher Johnson and Maccagnan, who will work together to find Bowles' replacement, both stressed the importance of hiring a coach who can make Darnold a star.

"The person doesn't have to be an offensive- or defensive-minded coach, per se, but we definitely want to make sure they have a plan in place to develop our young quarterback in Sam Darnold," Maccagnan said.

Both Maccagnan and Johnson believe Darnold will attract top candidates.

"We've got some great young players, including and especially Sam," Johnson said. "We haven't had what we think is a franchise quarterback in a good long time."

Darnold finished his rookie season on an upswing, but it wasn't enough to save Bowles, who finished with a 24-40 record in four seasons. The Jets went 4-12 this season, including nine losses in their last 10 games.

Instead of a housecleaning, Johnson decided to stick with Maccagnan, whose spotty drafting record has come under scrutiny.

"We've developed what I think is a good plan," said Johnson, explaining why he kept Maccagnan. "It's a plan we're in sync on, and it really came together with Sam. Now we're going to be able to build with Sam, and build around Sam and with great players we have on this team already."

Johnson made it clear he believes the team underachieved. The acting owner disagreed with safety Jamal Adams, who made headlines by questioning the team's talent level in the aftermath of its season-ending loss to the New England Patriots.

"Who wouldn't want more talent? But I don't think that's the entire answer," Johnson said. "I think we have some real good talent on this team already. We should've done better in the win-loss column. But I certainly appreciate his comments."

Even though the Maccagnan-Bowles marriage failed to produce a postseason appearance, Johnson said he won't change the power structure. He said Maccagnan and the new coach will report directly to him, as opposed to the traditional approach of having the coach report to the GM.

"I think that would be the wrong person for the job," Johnson said. "That would be off the table."

Johnson, in his current role for only two seasons, never has coordinated a coaching search. Neither has Maccagnan, who had no input into the hiring of Bowles in 2015. They will spearhead the search, along with vice president of personnel Brian Heimerdinger. The Jets have no plans to hire an outside firm for guidance. Johnson said he will make the final decision.

Their lack of experience could hinder them in a competitive marketplace. That Maccagnan has only two years remaining on his contract also could be seen as an impediment. There are many questions hovering over the Jets, who haven't made the playoffs since 2010.

"Look, a lot has not gone well here," Johnson said. "Like I said, part of that is my fault and I'll take the blame on that. I need to do a better job, but I don't think the organizational structure is at fault."

He declined to say how many candidates they will interview. Johnson wouldn't rule out a college coach. He said head-coaching experience is a plus, but not mandatory. He prefers a coach with expertise in developing quarterbacks, but it's not a must.

"This is about finding someone who can develop a young team," Johnson said.

The goal, of course, is to overtake the Patriots. Asked if he's tired of chasing the perennial AFC East champs, Johnson said, "It keeps me up at night." 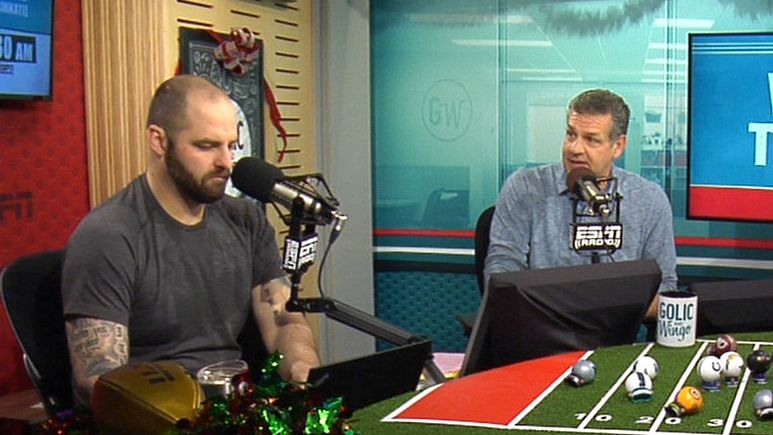