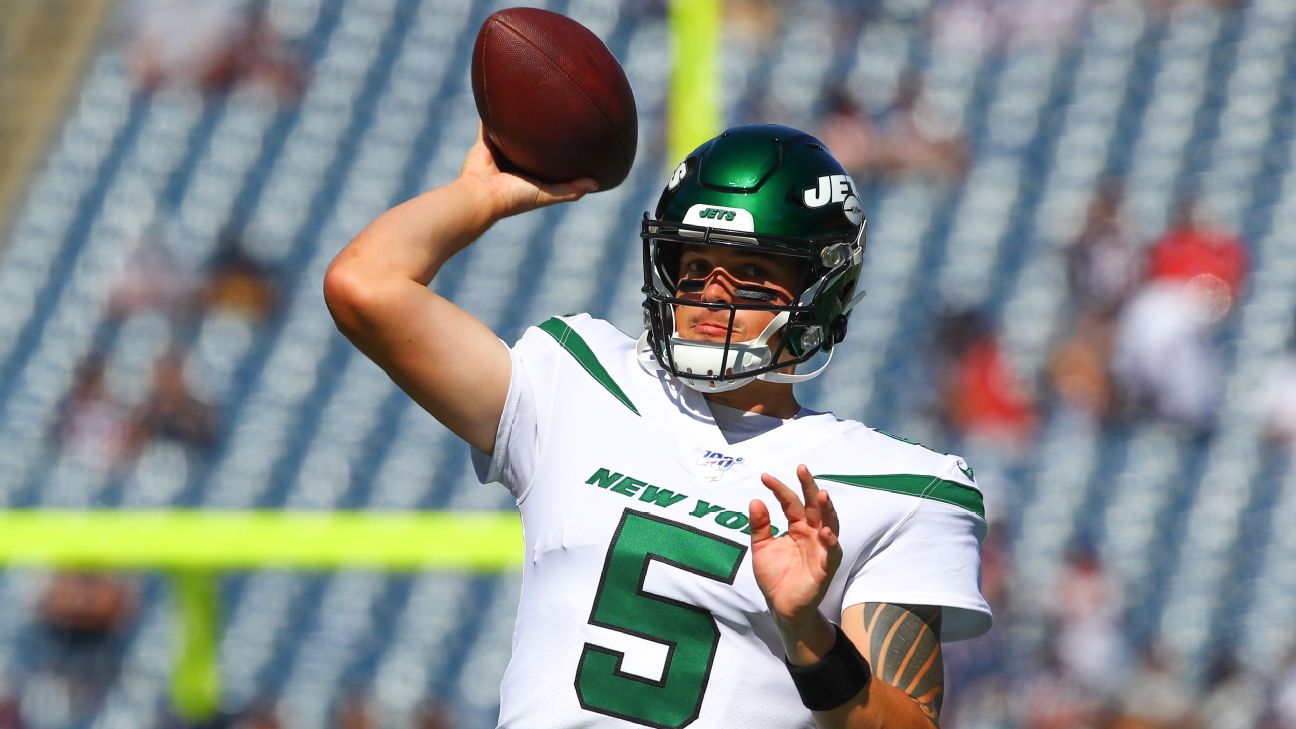 The New York Jets added a veteran to their quarterback room Tuesday, bringing back David Fales on a one-year contract, a source told ESPN's Adam Schefter.

Fales, 29, who spent most of last season with the Jets, is the only experienced backup to starter Sam Darnold. There's always a chance they'll add another veteran at some point, but Fales gives them a backup QB who knows coach Adam Gase's offense -- an important factor amid the COVID-19 restrictions for the offseason.

Gase reached into his past last season, signing Fales when the Jets were crushed by quarterback injuries. Darnold was stricken with mononucleosis in Week 2, the same week Trevor Siemien suffered a season-ending ankle injury.

The Jets signed Fales on Sept. 18 to initially serve as Luke Falk's backup, and he wound up sticking as the No. 2 quarterback for Darnold, who returned in Week 6. Falk was released after two poor starts.

Fales was limited to only two mop-up outings, playing a total of only eight snaps on offense. He didn't attempt any passes.

Gase feels comfortable with Fales because they were together in two previous stops, with the Chicago Bears (2015) and the Miami Dolphins (2017-18).

Fales has limited playing experience. In fact, he hasn't attempted a pass since 2017. For his career, he has completed 31 of 48 passes for 287 yards, one touchdown, one interception and a 79.1 passer rating.

Also on the roster is QBMike White, a former Dallas Cowboys draft pick who has no regular-season experience and spent part of last season on the Jets' practice squad.