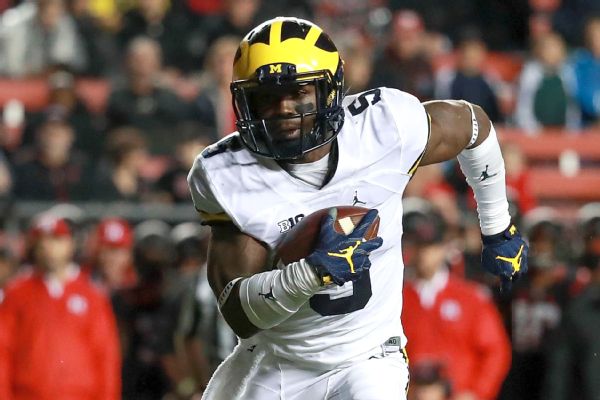 PISCATAWAY, N.J. -- If Jabrill Peppers didn't do enough on the field to throw his hat in the Heisman ring Saturday night, Michigancoach Jim Harbaugh made sure to give it an extra toss following his team's 78-0 dismantling of Rutgers.

"In my humble opinion, you're looking at a Heisman Trophy winner and candidate," Harbaugh said following a career-best day for the redshirt sophomore in his home state of New Jersey.

Peppers rushed for 74 yards and two touchdowns on offense and reached the end zone a third time on a punt return that was overturned because of an illegal block in the back. He added two tackles playing linebacker -- and he did it all without playing in the second half.

His longest run of the day -- a 63-yard sprint from the Wildcat quarterback position -- broke open a stagnant first quarter and set up Michigan's first of many touchdowns in the blowout win.

Peppers' next touch came on a 42-yard punt return in which he spun away from a pair of Rutgers tacklers and outraced another group to the corner of the end zone. The play was reversed, but that didn't rob any joy from the dozens of family members and friends from northern New Jersey there to see him.

"I really don't know how I did that," Peppers said when asked about the return. "But it felt good."

Harbaugh and the rest of Michigan's players gushed about their star teammate in postgame interviews. The coach said he felt comfortable putting him "on the same dance floor" as legendary Hall of Famer Jim Thorpe.

Harbaugh was asked whether he intended to use Peppers more on offense to help improve his chances of winning the Heisman Trophy. The last primarily defensive player to win the award, Michigan's Charles Woodson, made consistent cameos in the Wolverines' offense during a run to a national championship in 1997. The coach said Peppers already is well on his way to morphing into a regular offensive player.

Harbaugh added that Peppers' second touchdown run of the night was designed to be a pass from the do-it-all sophomore. Apparently, the coach believes he throws a pretty good spiral, too. 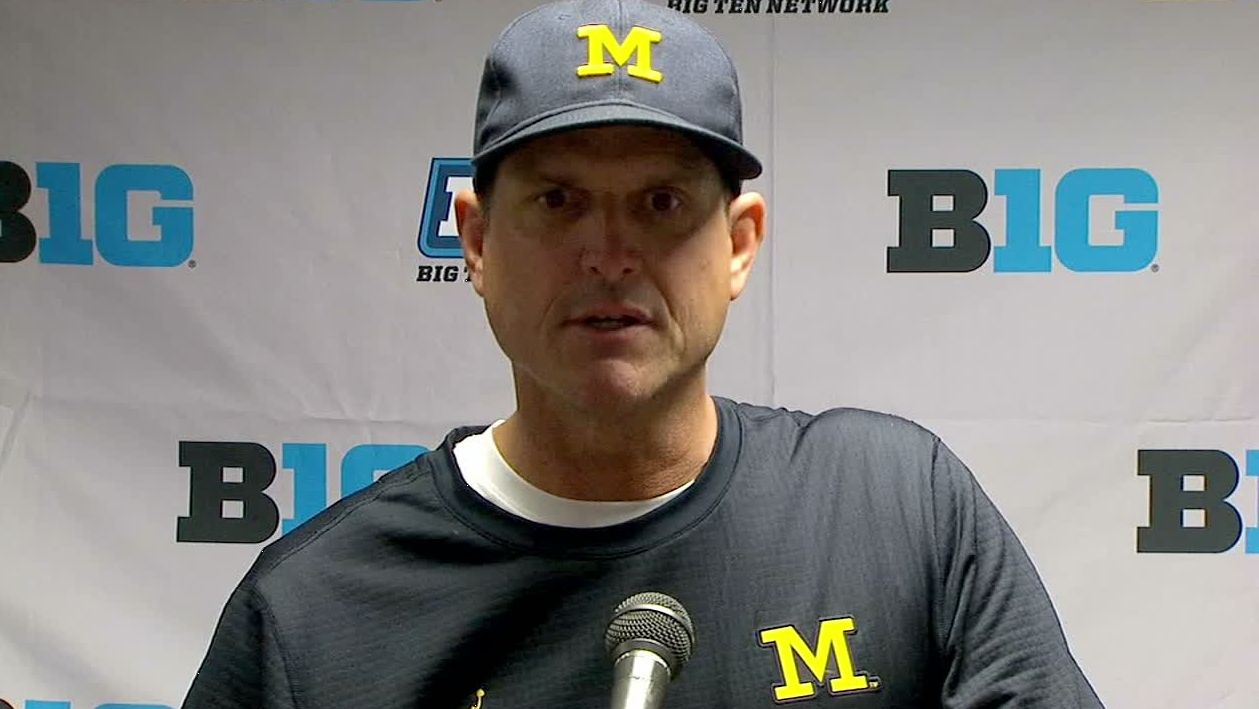