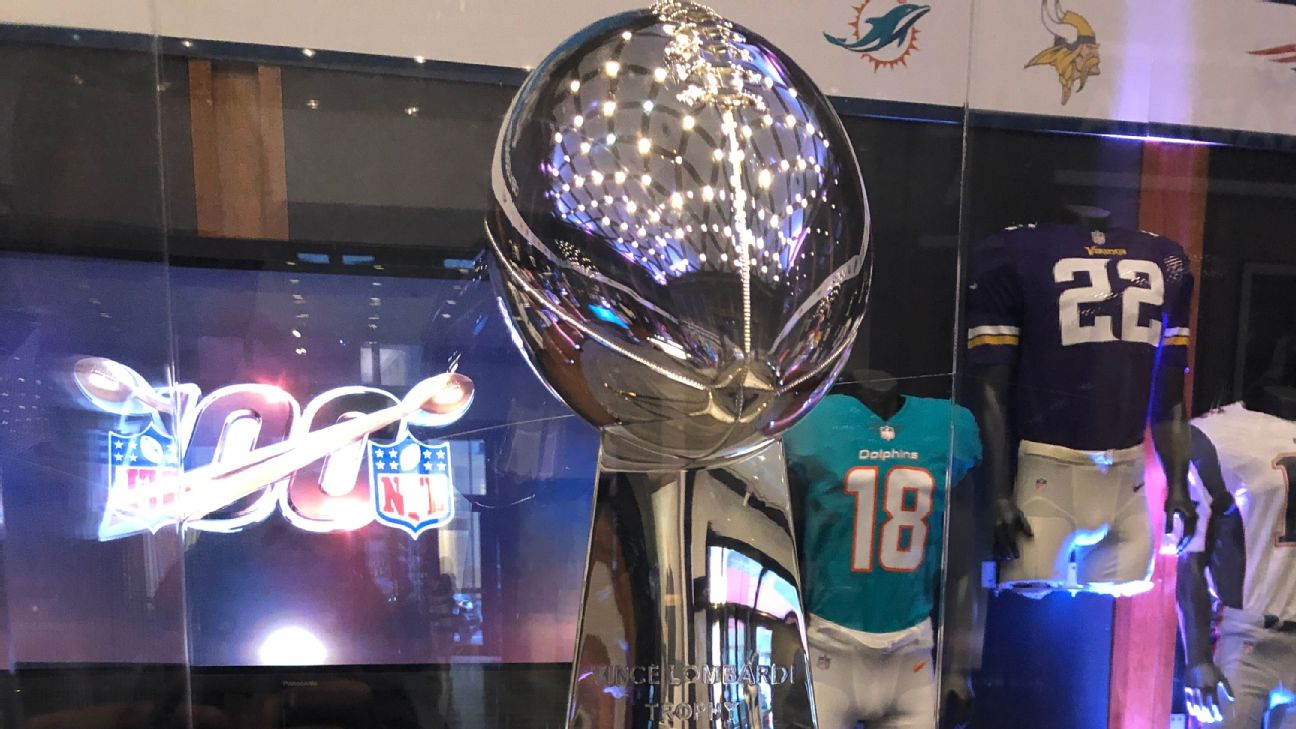 NEW YORK -- Mr. Lombardi stands proudly in the middle of the room, surrounded by his bling family. It is the rarest of reunions, one that will last for only two more weeks and requires Secret Service-type security.

It's happening at the Paley Center for Media in New York, which has transformed into Canton (Ohio) on the Hudson (River) since Sept. 14. To commemorate the NFL's centennial, the center is hosting "A Century of Football: Celebrating the NFL's 100th Season."

The centerpiece is the Vince Lombardi Trophy, enclosed in glass with all 53 Super Bowl rings. It is professional football's version of the crown jewels. From the Green Bay Packers' relatively modest Super Bowl I ring to the New England Patriots LIII ring, which resembles a small chandelier, it's a priceless lineup of diamonds and history.

"They came with security guards and an armored briefcase," said Maureen Reidy, president and CEO of the Paley Center. "Every night we lock them away. Basically, it's 24-hour security. We take good care of them."

The place is filled with football treasures, including old leather helmets from the 1920s (Canton Bulldogs), 1930s (Pittsburgh Pirates) and 1940s (Detroit Lions), courtesy of the Pro Football Hall of Fame.

For those who are into more modern features, there's an interactive trivia game and a state-of-the-art game room that includes Madden 20.

The exhibit, which is free and open to the public, runs through Oct. 27. The final week is devoted to the 1958 NFL Championship Game between the Baltimore Colts and New York Giants, considered by many the greatest game in history. The Paley Center will have multiple screenings of a documentary that includes recollections from the late Frank Gifford and Johnny Unitas, among other icons who played in that legendary game at Yankee Stadium.

Many of the league's most memorable games are available in the Paley archive, the world's largest publicly accessible archive of TV and radio programming. That includes the only known recording of the original broadcast of the first Super Bowl, when Lombardi's Packers defeated the Kansas City Chiefs.

The Paley Center received the tape from Troy Haupt, whose late father, Martin, recorded the game on a Quadruplex taping machine in the Scranton, Pennsylvania, TV station where he worked. The tape was stored for nearly 40 years at the home of Haupt's ex-wife, Beth Rebuck. The Paley Center restored the recording and showed it Sept. 14, the first public screening of Super Bowl I.

It also showed Super Bowl III (New York Jets over the Colts) and Super Bowl XXI (Giants over Denver Broncos), along with a Chicago Bears week that included a screening of "Brian's Song." (Tissues were not included.) The NFL donated other Super Bowl broadcasts and the 100 greatest games ever played, meaning the history of the sport is only a click or two away.

In other words, you can watch John Madden get carried off the field after Super Bowl XI while the kids play Madden in another room. 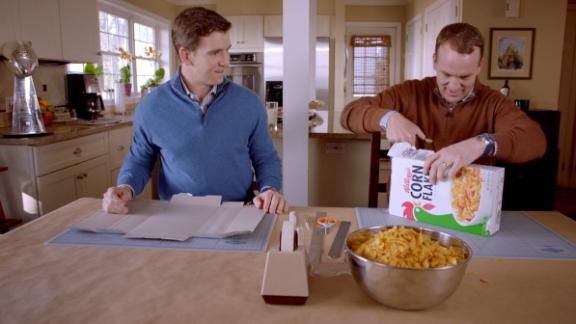