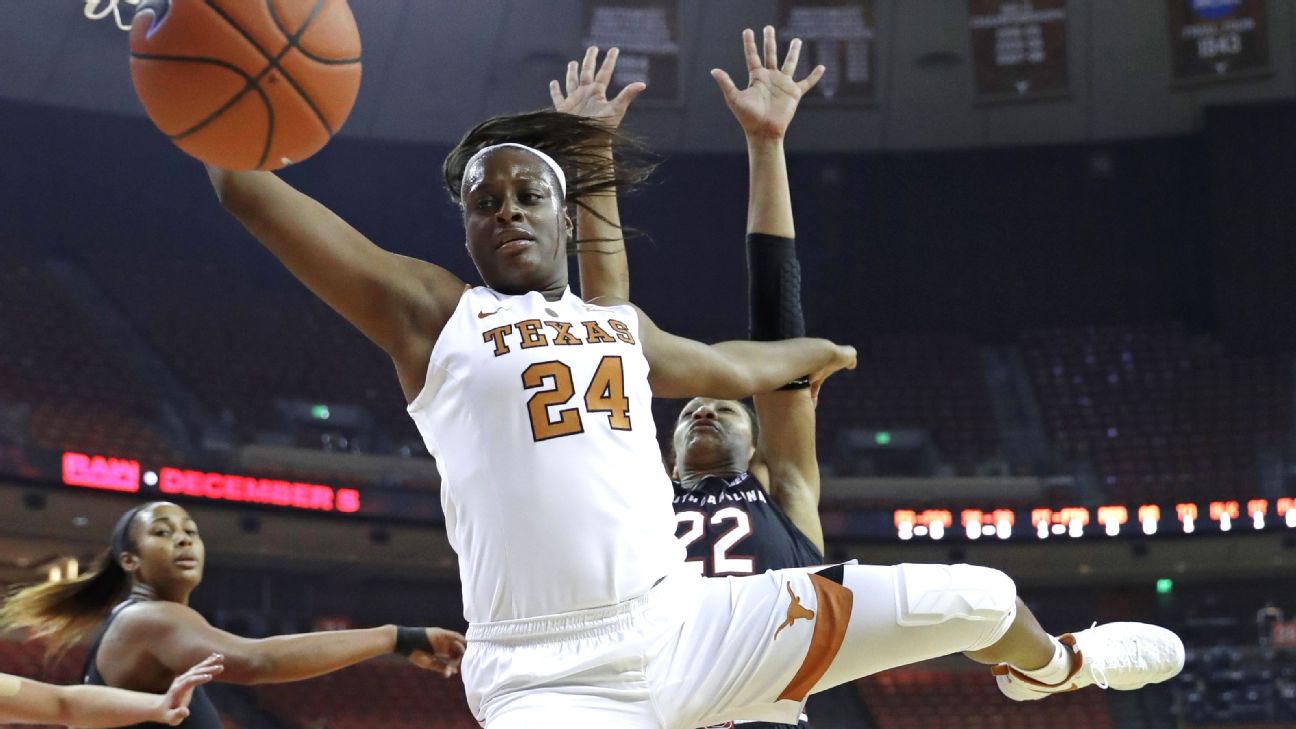 The New York Liberty's youth movement continued as they signed free-agent Joyner Holmes on Friday, giving the team seven rookies on the roster.

Holmes, a 6-foot-3 forward out of Texas, was drafted at No. 19 in April by the Seattle Storm, but she was waived in May as WNBA teams had to trim rosters without training camps because of the coronavirus pandemic.

Holmes replaces Rebecca Allen, a 6-2 guard from Australia who announced Thursday that she was opting out of the WNBA season because of concerns about the coronavirus. The league plans to have a 22-game season starting in late July at IMG Academy in Bradenton, Florida.


Holmes was the No. 2 overall recruit in the espnW HoopGurlz 2016 rankings behind Baylor's Lauren Cox, who is now a rookie with the Indiana Fever. Ionescu was the No. 4-ranked recruit in that class.