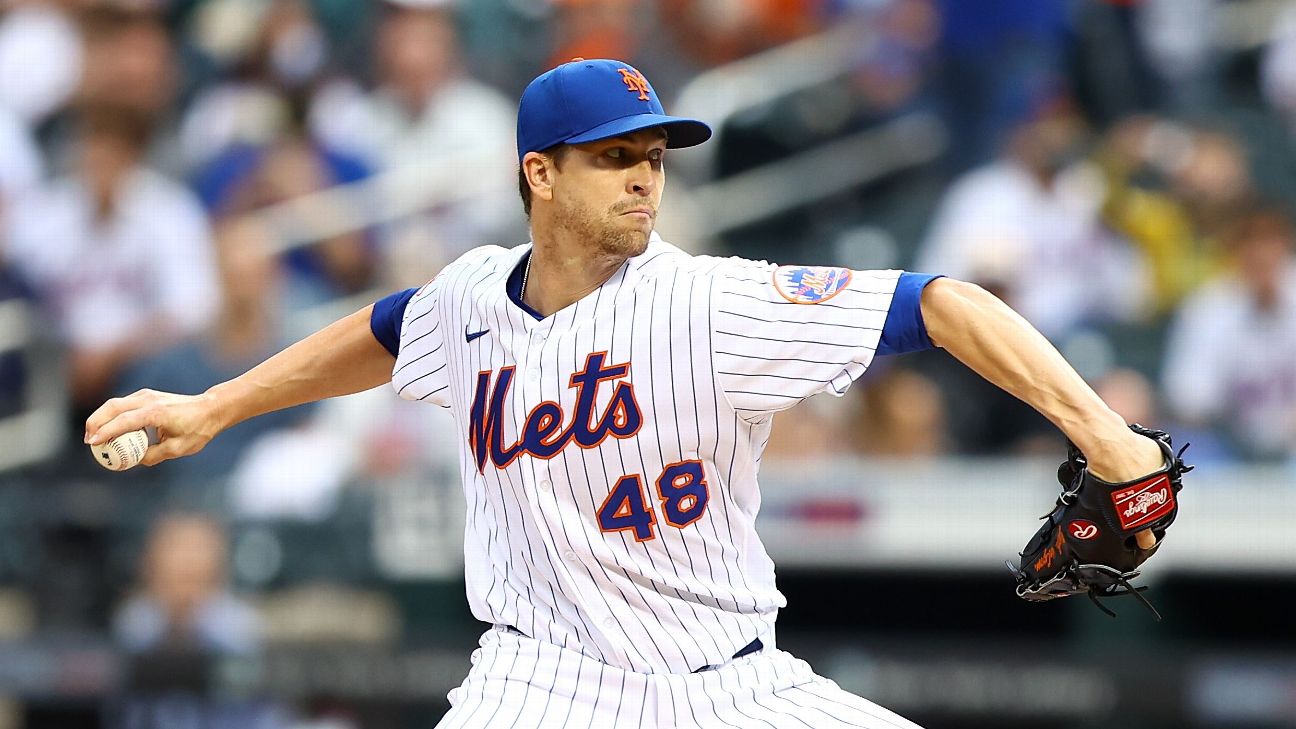 NEW YORK -- Mets ace Jacob deGrom played catch at Citi Field on Wednesday after an MRI showed improvement with the right forearm tightness that has sidelined him since July 7, while Noah Syndergaard will begin a minor league rehab assignment with high-A Brooklyn on Thursday.

It was the first time deGrom had played catch since being shut down from throwing entirely four weeks ago.


"We'll see where we go from here," manager Luis Rojas said. "There's not a progression mapped out yet on how things are going to keep going, but at least getting to play catch today, that's great news for us."

Rojas did not know details of what the MRI showed, except there was enough improvement for doctors to clear him for throwing.

DeGrom was transferred to the 60-day injured list last weekend and isn't eligible to return until Sept. 13. Scott said Tuesday that deGrom was unlikely to be ready by that date even if he did resume throwing this week.

Scott said the team planned to get deGrom back in game action even if New York falls further out of postseason contention to better evaluate his health going forward.


DeGrom is 7-2 with a 1.08 ERA in 15 starts this year and was on track for a third Cy Young before his season was derailed by injuries. Even with all the missed time, his 4.9 wins above replacement (WAR, per FanGraphs) ranks third in the National League behind Milwaukee's Corbin Burnes (5.9) and Philadelphia's Zack Wheeler (5.8) entering Wednesday.

Syndergaard had Tommy John surgery on March 26, 2020, and is still recovering. He was shut down from a minor league rehab assignment in May with elbow discomfort but had resumed throwing live batting practice.

Rojas said Syndergaard will pitch one inning with the Cyclones on Thursday. The club plans to bring the right-hander back as a reliever to shorten the length of his rehab stint.

Francisco Lindor was out of New York's lineup for a game against San Francisco a day after ending a five-week absence with a right oblique strain. Rojas said Lindor felt good but that the team planned to be cautious since Lindor didn't play any minor league games before returning.