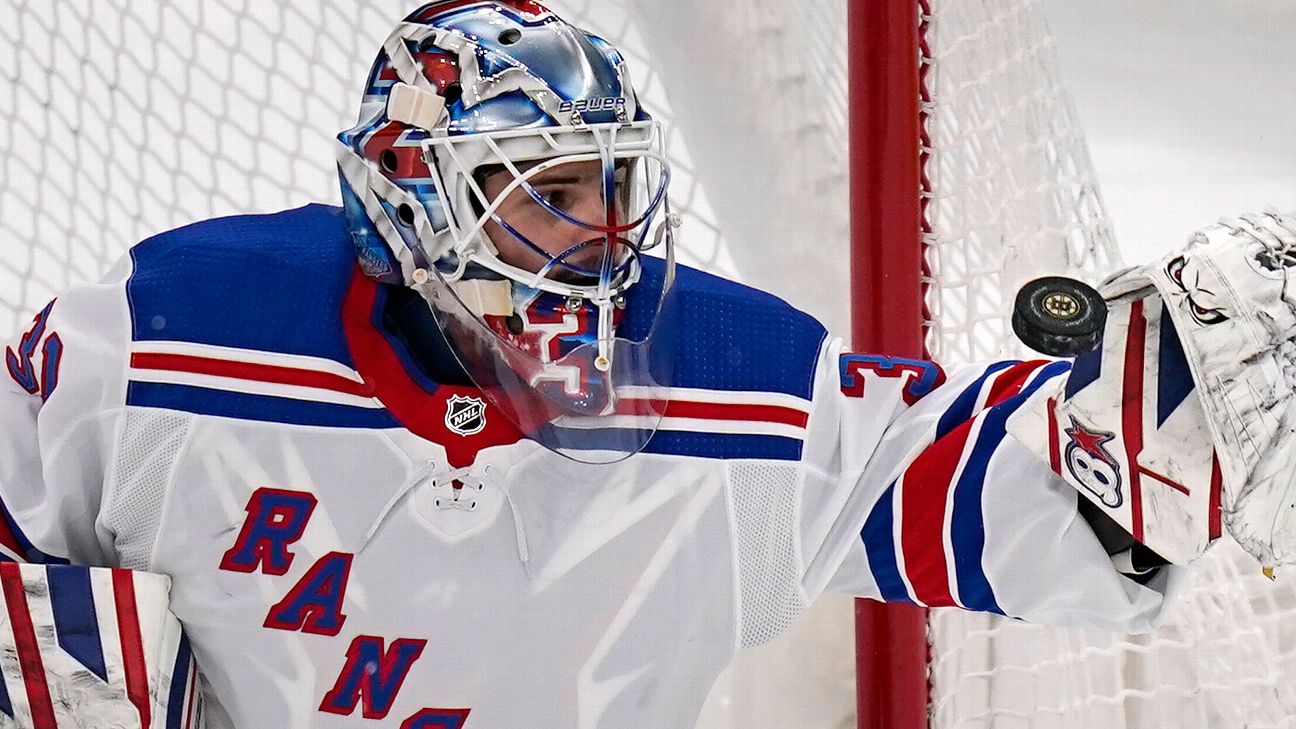 NEW YORK -- The New York Rangers have an agreement with restricted free-agent goaltender Igor Shesterkin on a four-year contract.

Rangers general manager Chris Drury announced the deal on Monday without disclosing terms. According to a report in the New York Post, the contract carries an average annual value of $5.6 million.


Shesterkin, 25, appeared in 35 games with the Rangers last season, posting a 16-14-3 record with a 2.62 goals against average and a .916 save percentage. The Moscow native had two shutouts. He has appeared in 47 career NHL games over parts of two seasons with a 26-16-3 record.

The Rangers drafted him in the fourth round of the 2014 NHL entry draft, and have high hopes for him as their rebuild continues. He has shown flashes of brilliance, but like many of his teammates, had a few off nights last year against certain opponents, the rival New York Islanders being one of them.


But the Rangers clearly see Shesterkin as their anchor in net moving forward, and -- barring an offseason trade -- he will go into the season as the starter in front of Alexandar Georgiev, 25, who went 8-7-2 with a 2.71 GAA last season.