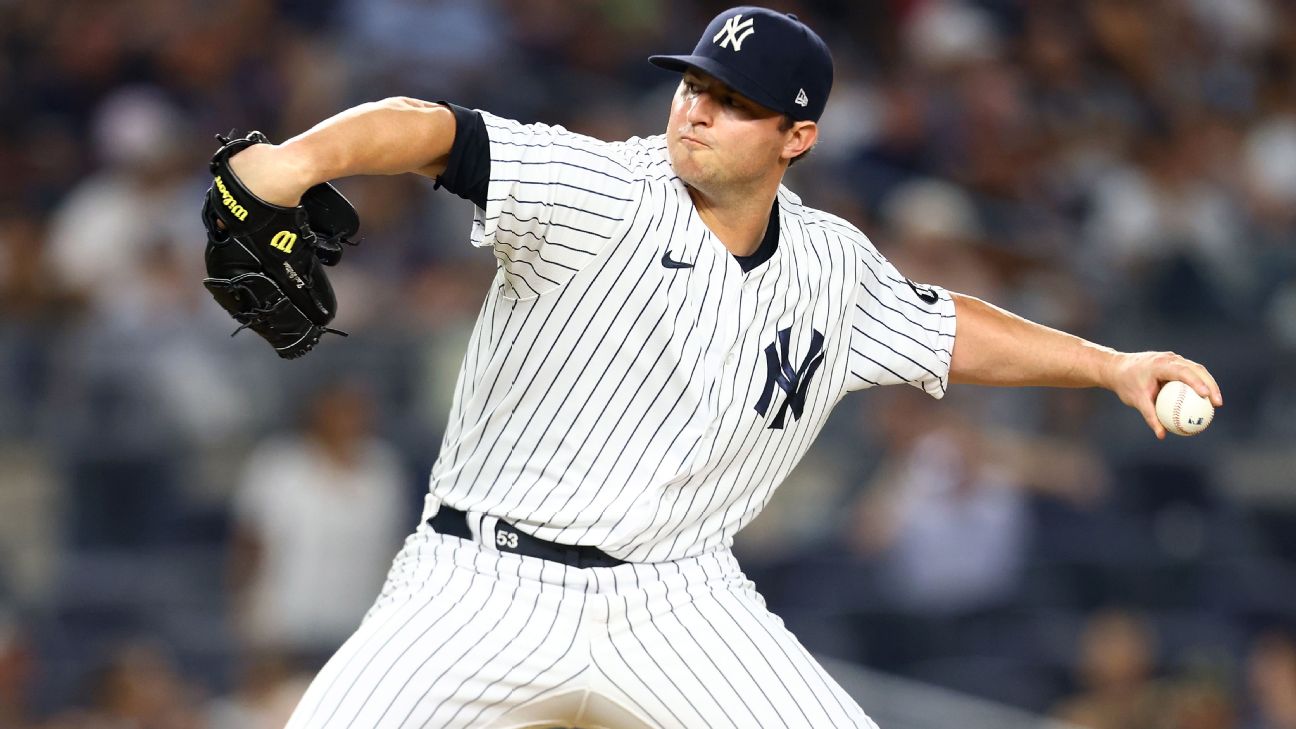 New York Yankees left-handed reliever Zack Britton, who is dealing with a left elbow sprain, was moved to the 60-day injured list on Monday, effectively ending his season.

Manager Aaron Boone said Britton met with Dr. Neal ElAttrache in Los Angeles on Monday to determine if surgery is needed on the elbow.


Britton was placed on the 10-day injured list last week after experiencing some pain in his elbow before a rained-out game against the Minnesota Twins on Aug. 22. He underwent an MRI that showed "a small strain," Boone said.

The injury was just the latest in a string of ailments that have plagued Britton this season.

He didn't make his season debut until June 12 after undergoing arthroscopic surgery to remove a bone chip in his left elbow. Then he spent more time on the injured list with a hamstring strain.


The 33-year-old Britton had eight saves and a 1.89 ERA during the pandemic-shortened 2020 season. But he has struggled this season, going 0-1 with a 5.89 ERA and just one save in 22 appearances while falling out of favor for late-inning situations.

Britton is making $13 million this season and the Yankees already picked up his $14 million option for 2022, preventing him from possibly opting out of his contract after last year.