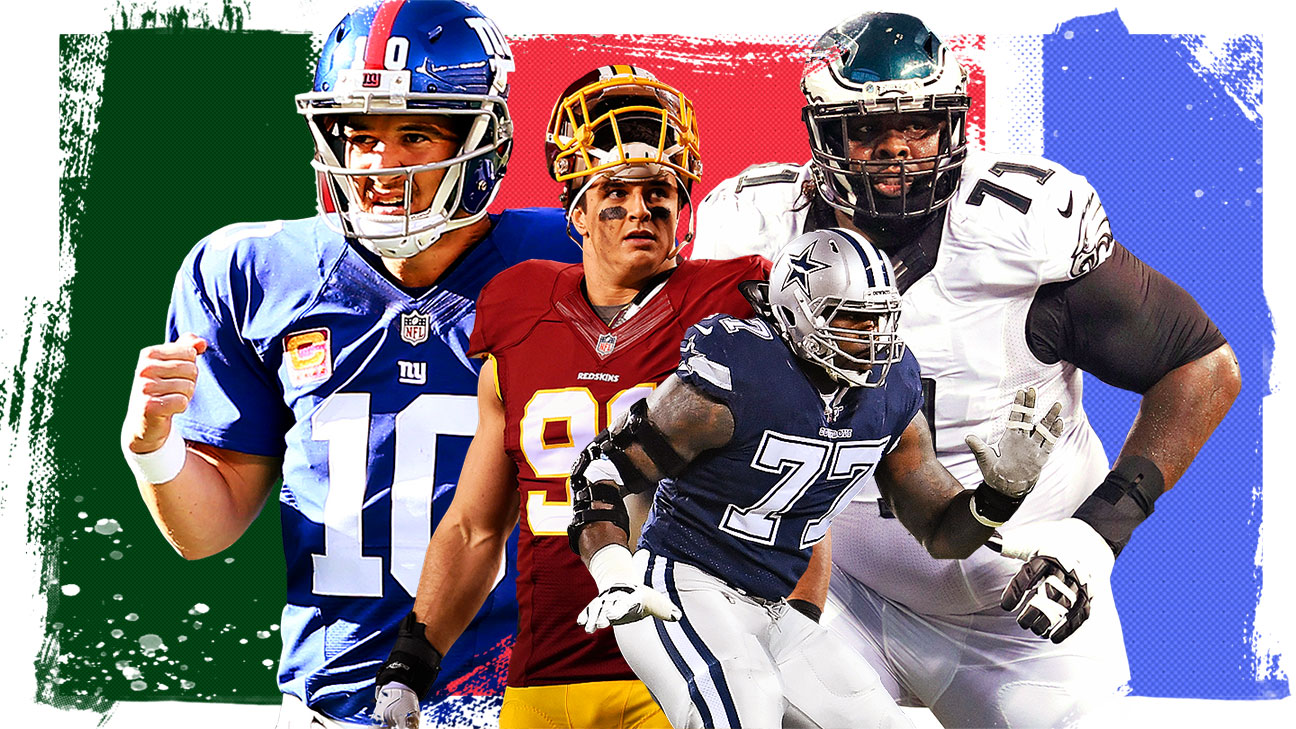 The start of a new decade is upon us with the 2020 NFL season. But before we get rolling with the '20s, ESPN is taking a look back at the best -- and worst -- of the 2010s and naming the top players of the decade for all 32 teams.

From the social media star of the decade to the worst call by a referee, ESPN's NFL team remembers the people and moments of impact -- good and bad -- from the past 10 years. And NFL Nation reporters select the two best players of the decade from their teams, the top coach and assemble all-division teams of the 2010s.


It all kicked off Monday with the best and worst of the NFL from the past decade.

NFC East players of the decade

The Cowboys had not selected an offensive lineman in the first round since 1981 before taking Smith with the No. 9 overall pick in 2011. He helped change their draft thought process with his success, leading to the first-round selections of center Travis Frederick (2013) and guard Zack Martin (2014). At his arrival news conference, Smith said his goal was to make the Hall of Fame. While he has not said much since, an argument can be made that he is on his way. He has been named to the Pro Bowl every season since 2013 and is a two-time first-team All Pro. He has missed three games in each of the past four seasons, but remains the prototypical left tackle.

Honorable mention: There were two candidates -- Jason Witten, TE, 2003-17, 2019, and Martin, 2014-present. During his nine seasons with Dallas in the decade (he took a one-year break to work on Monday Night Football), Witten was named to the Pro Bowl five times. He had the most receptions among tight ends in the decade and he was third in yards (7,012) and fifth in touchdowns (45) while seeing a role change starting in 2014. Martin has been named to the Pro Bowl in each of his first six seasons and was a first-team All-Pro four times. There are some who believe he might give Hall of Famer Larry Allen a run for being the best guard in franchise history. He is tough, durable, athletic, and his fellow linemen marvel at his ability to stay on his feet while in awkward positions. -- Todd Archer

Manning played the entire decade and earned a Super Bowl MVP during that time. How many other Giants have that on their résumé? Answer: None. The end of the decade -- and Manning's career -- wasn't pretty, but the first few years of the 2010s were the best of his professional life. Manning's 8.4 yards per attempt in 2011 were by far the best of his career. So were his 308.3 yards per game. He made three of his four Pro Bowls during this 10-year span and was the unequivocal face of the franchise. A pretty easy selection considering the accomplishments.

Honorable mention: Odell Beckham Jr., WR, 2014-2018. His first three seasons were off the charts. He was among the two or three best players in the NFL at his position during that time, and nobody had more touchdown receptions (35). The only problem was that it didn't last longer, in large part because of injuries and drama. -- Jordan Raanan

Peters remembers having protective instincts from a young age. On the bus to school one day in the small town of Queen City, Texas, Peters sprang into action when a boy began bullying his sister. "I just kind of put him in a headlock until he started crying. That was the end of that," he said. Peters has been thwarting troublemakers ever since. Known as "The Bodyguard," the former undrafted tight end out of Arkansas has crafted a Hall of Fame-caliber résumé over his 16-year career, with much of his best work done over the past decade. When he was acquired from the Bills in 2009, coach Andy Reid called Peters "the best left tackle in football," and Peters didn't disappoint, as he was named to six Pro Bowls from 2010-2019 and has since been named to the Pro Football Hall of Fame All-Decade Team. "Obviously, Jason Peters has had an unbelievable career," said Eagles All-Pro center Jason Kelce, "and is the best player I've ever played with."

Honorable mention: Fletcher Cox, DT, 2012-present. Trading up to select Cox in the first round of the 2012 draft proved to be one of the Eagles' smartest decisions of the past decade. An absolute force in the middle who commands regular double-teams, Cox quickly became the cornerstone of the Eagles' defense. He has made the Pro Bowl in each of the past five seasons and was named first-team All-Pro in 2018 after a career-high 10.5 sacks. He has amassed 121 QB hits, 48 sacks and 62 tackles for loss over his eight-year career. -- Tim McManus

This was difficult, because left tackle Trent Williams has a strong résumé with more postseason honors. But Kerrigan's durability and reliability mattered to the coaches. He started every game of his career -- 139 in a row -- until Week 13 last season. Since he entered the league in 2011, only three players have recorded more sacks than Kerrigan's 90 -- Von Miller, J.J. Watt and Chandler Jones. And Kerrigan's 26 forced fumbles trail Jones by one for the most since 2011. Kerrigan wasn't considered elite, but was consistently good during the decade. His 37 sacks from 2016-18 were fourth-most in the NFL, and he was named to four Pro Bowls.

Honorable mention: Trent Williams, LT, 2010-19. He was the most accomplished player, named to seven Pro Bowls and earning one second-team All-Pro honor. Williams played through many injuries, but also missed 40 games in the decade (including all 16 last season as part of a holdout; he also had two suspensions totaling eight games in previous seasons). But he was outstanding when on the field. -- John Keim

NFC East coach of the decade

The hiring of Pederson in 2016 was met with a high degree of skepticism, but he now has Philadelphia's full embrace after delivering the city its first Super Bowl title in 2017. The Eagles have made the playoffs each of the past three seasons despite a rash of injuries the past two. That the team was able to overcome losing quarterback Carson Wentz to injury in 2017 and rallied to make the postseason in back-to-back years is proof that players respond to Pederson's upbeat, empowering style of leadership. -- Tim McManus

Honorable mention: Tom Coughlin, Giants, 2004-15. He coached the Giants to a second Super Bowl in four years during the 2011 season. It was perhaps the best coaching job of his career, with a team that wasn't dominant and had its window closing quickly. Those first three years of the decade were enough to wipe out the memory of the final three seasons of his time with the Giants. -- Jordan Raanan 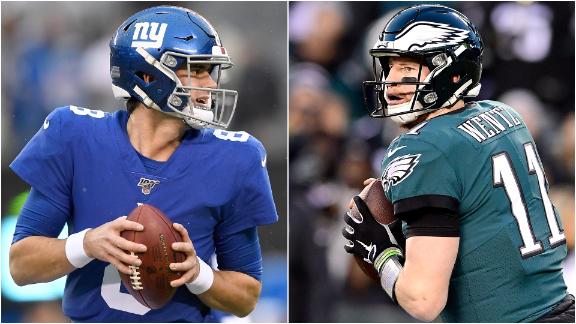