N.J.'s Mueller (shoulder) out after fall into boards 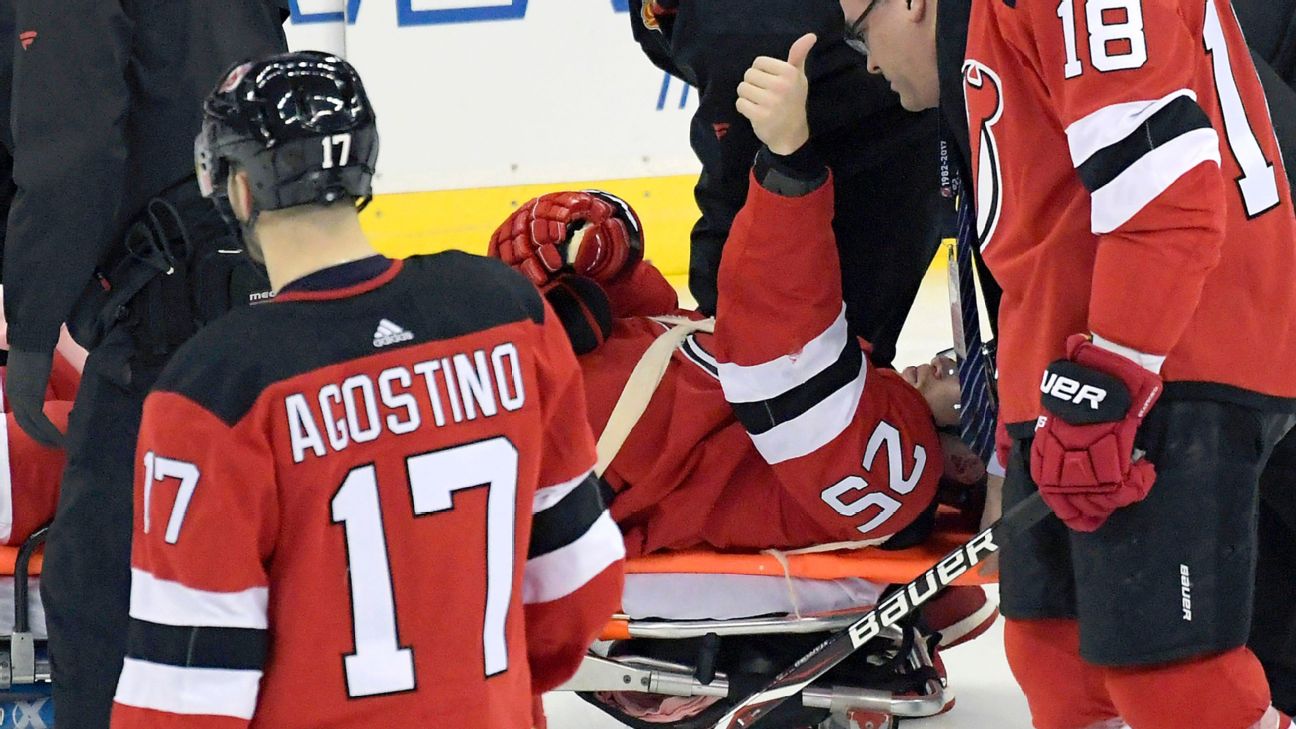 NEWARK, N.J. -- Devils defenseman Mirco Mueller is going to be sidelined with a shoulder injury sustained in a head-first fall into the end boards earlier this week.

Coach John Hynes said Friday that Mueller probably will not be out for an extended period.

The 23-year-old Swiss player hurt his left shoulder in the third period of Wednesday night's game against the Calgary Flames. The injury appeared serious, and Mueller was taken off the ice on a stretcher.

Hynes said Mueller did not have head or neck injuries. He was not in the Devils' lineup for Friday night's game against thePhiladelphia Flyers.