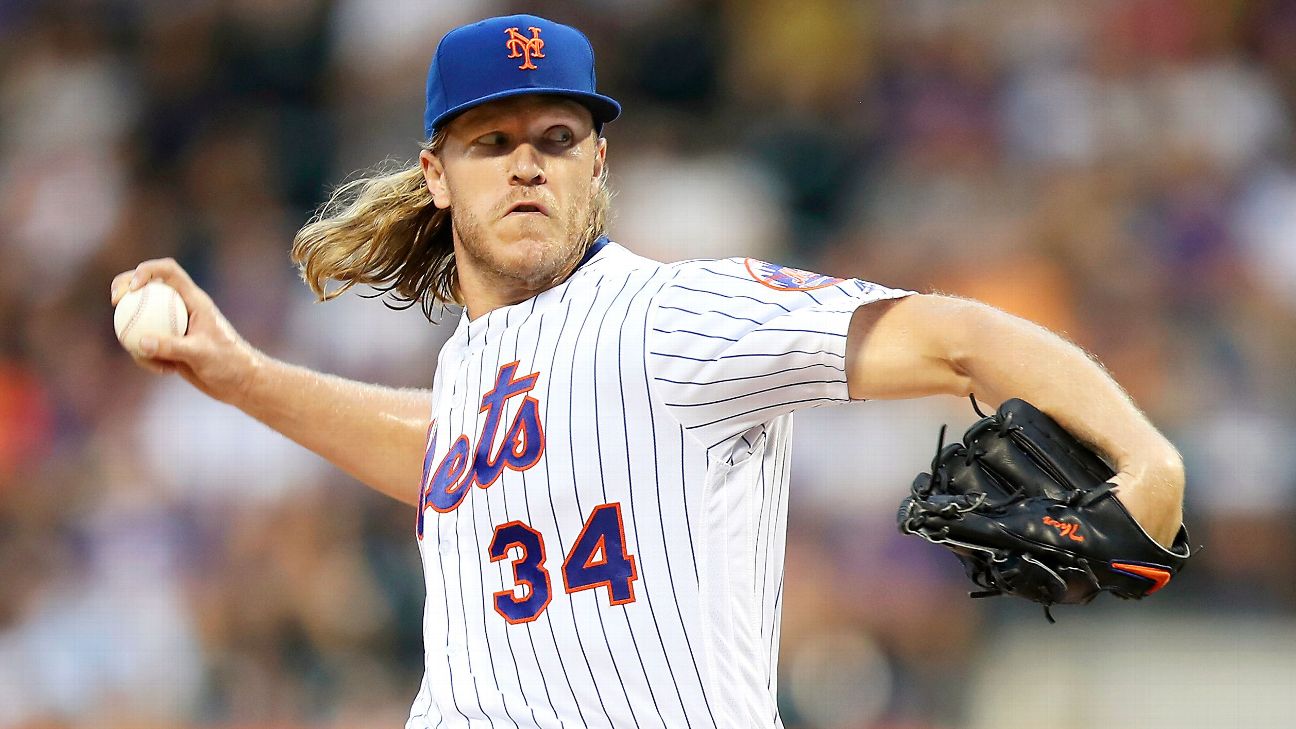 NEW YORK -- Noah Syndergaard agreed to a $9.7 million, one-year contract Friday as the New York Mets reached deals with all nine of their players who were eligible for arbitration.

He is projected to slot in again behind Mets ace Jacob deGrom, winner of the past two National League Cy Young Awards, in a rotation that also includes righty Marcus Stroman and lefty Steven Matz, both of whom agreed to terms Friday as well. Stroman received a $4.6 million raise to $12 million, and Matz got a bump from $2,625,000 to $5 million.

Syndergaard bristled at pitching to No. 1 catcher Wilson Ramos last season and has had a rocky relationship with the Mets' front office at times. The pitcher's name has been mentioned in trade talk on several occasions -- including last summer.

But the 6-foot-6, 240-pound right-hander nicknamed Thor has power stuff, good control, an impressive array of pitches and all sorts of upside. He's 27 years old and under club control for two more seasons.

Diaz had a 1.96 ERA and led the majors with 57 saves for Seattle in 2018. New York has him penciled in for the ninth inning at the start of next season.

Stroman was acquired from Toronto for two pitching prospects on July 28 last year, not long after he made his first All-Star team. The fiery 5-foot-7 right-hander from Duke, who grew up near Matz on Long Island about 50 miles from Citi Field, was 4-2 with a 3.77 ERA in 11 starts for New York to finish 10-13 overall with a 3.22 ERA in 32 starts covering 184 innings.

Stroman, who turns 29 on May 1, is eligible for free agency following this season.

Lugo blossomed into one of baseball's most valuable relievers last year, a versatile chess piece capable of throwing multiple innings at a time and dominating hitters in a variety of roles. The right-hander went 7-4 with a 2.70 ERA and six saves in 61 outings, a major bright spot in a Mets bullpen that finished 25th in the majors with a 4.95 ERA. He racked up 104 strikeouts in 80 innings while permitting just 56 hits and 16 walks.