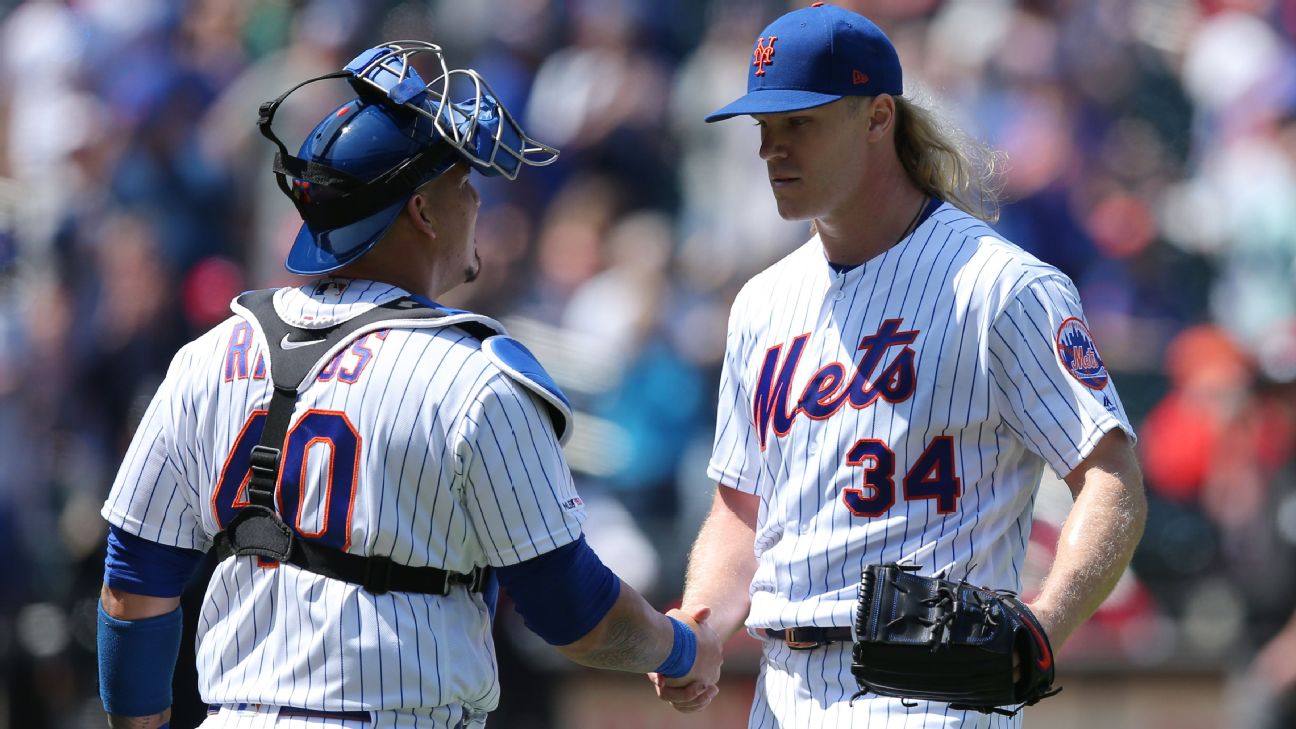 Wilson Ramos was behind the plate asNoah Syndergaard struggled for theMets in a 9-2 loss tothe Los Angeles Dodgers on Friday night in New York.

It was Syndergaard's first start since the New York Post reported Monday that he and his agents have lobbied to let the right-hander pitch to backup catchersTomas Nido or Rene Rivera instead.

Syndergaard later said the Post was wrong in saying he was "livid" in a meeting he had with Mets manager Mickey Callaway and general manager Brodie Van Wagenen to talk about the catching situation.

As for Friday's game, Syndergaard lasted five innings, giving up four runs on five hits with two walks and four strikeouts. Syndergaard said he thought he and Ramos were "really meshing and flowing" through three innings, before the Dodgers broke through for four runs in the fourth.

Syndergaard also called a lot of this week's controversy a "misunderstanding" and said this outing was "a step in the right direction."