Reggie Jackson on Yankees' Didi Gregorius: 'Don't wake him up' 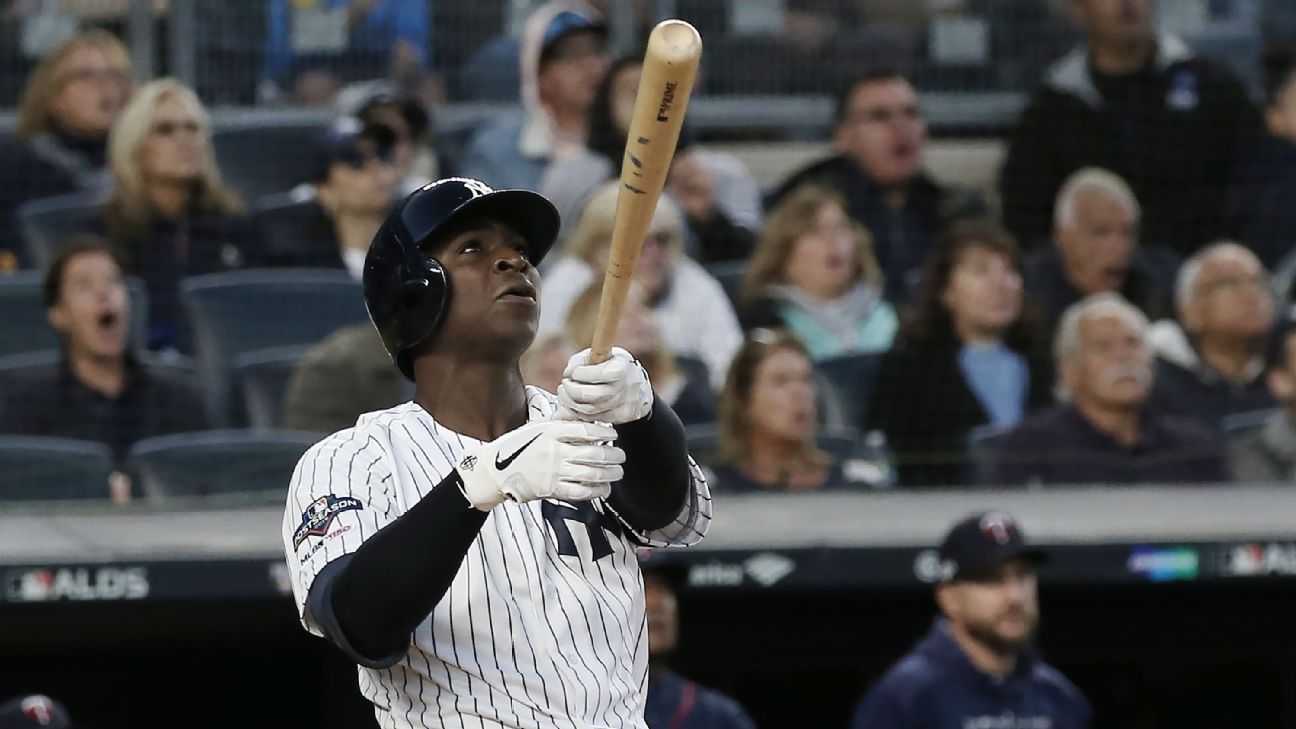 MINNEAPOLIS -- Of course Mr. October would see it coming. Back in the dog days of August, when Didi Gregorius was mired in a terrible slump, special adviser to the general manager Reggie Jackson singled out the New York Yankees shortstop as someone who would be among their top performers in the MLB playoffs.

It wasn't a sure thing. Gregorius had missed half the 2019 season after undergoing Tommy John surgery this time last year, and while he showed glimpses of the standout player the Yankees were accustomed to counting on in the post-Derek Jeter era, his numbers declined each month from his return in June through the end of the season.

Yet, in the midst of that, Jackson was resolute. And as the Yankees were at the tail end of their West Coast swing on Aug. 28, he only had words of praise for Gregorius.

"You see a lot of things with a guy who is struggling a little bit. He comes back and all of a sudden he's not quite right," Jackson said back in August. "He's going to get there. But when you miss that train that's gone down the road, you've got 3,000 miles to get across the country and you've missed the first 900. You're a little bit behind. So you got to wait to catch up and get with the speed of what's going on.

"Everybody is growing during the season," Jackson added. "Everyone starts out in April. Pitchers are a little rusty with their control, don't quite have command of the breaking ball. The hitters' eyes aren't quite as fine, they don't quite see the ball to the outside corner and the ball's a little bit lower than they anticipated it. But he was getting sharp. And his eyes were fine."

Jackson believes performing well in October is all about focus. He would know. He calls it the "ability to clear out the clutter."

"It becomes a short story," the five-time World Series winner, two-time World Series MVP and first-ballot Hall of Famer explained. "You have to focus only on what is going on in front of you. It becomes about you and the baseball. It's not even so much about the pitcher. It's you and the baseball: 'I am going to get that barrel in the pay zone on time,' and that's the shortest story you can really have."

Gregorius is among the most popular players in the Yankees clubhouse, which Jackson has gotten to witness firsthand being around the team throughout the season, starting in the spring.

"Didi has always had an attraction to him with his personality and his smile," he said. "He's a leader, and at the same time, does it with laughter and feeling good ... and that big smile. You gravitate to him. The players gravitate to him. He's a very important piece of this ball club."

Mr. October's August prediction proved accurate. After going 0-for-3 with two strikeouts in Game 1 of the ALDS against the Twins, Gregorius hit a grand slam to turn Game 2 into a blowout, sending the Yankees to Minnesota for Monday's Game 3 with a commanding 2-0 series lead.

Sir Didi is known to the fan base for his postgame tweets that provide a quick summary of his team's victories -- complete with emojis for his teammates and, famously, no reference to his own heroics -- even if they happen to be back-breaking October grand slams. Take, for instance, his tweet after Game 2.

He doesn't need to sell himself in his tweets, particularly to teammates such as injured reliever Dellin Betances and right fielder Aaron Judge.

"The Didi at-bat. I think after he got that one base hit down the third-base line, we were all in the dugout like he's going to go on a roll here. When he came up there with the bases loaded, [Betances] said, 'Hey, he's going grand salami right here,' and a couple pitches in he did it," Judge said Saturday. "Didi is one of the leaders of this team. No matter what the stats say or people say, he's always a leader. He's always going to come through on big situations when we need him. That's why he's in this lineup, that's why he's in the postseason. He's a killer. It's showing right now. That third inning ... I can't really describe. I'm thinking of all those things that were going on but just good at-bat after good at-bat."

Gregorius is also a free agent after this season, on a team that's packed with stars, particularlyGleyber Torres and DJ LeMahieuas options up the middle. Whether his October play can help bring him back to the Bronx in 2020 is a question for another time.

"What happened the other day had already happened several times with Didi. He had big home runs for us against Minnesota and Cleveland in 2017. He's always been a guy that has come to home plate at particular times and has been very successful," Jackson said. "When I look at him, I see a guy that wants to be at home plate when the game is on the line. And the team wants him to be there. It rubs off, and you can feel it. When he's not on the field for us, we're not quite the same. It's a combination of his skill set and his personality.

"I can recognize a player that can be successful in the postseason when the game is on the line, and Didi Gregorius fits into that grouping. Of course, you're going to have good and bad days. In the second game of the '77 World Series, I was 0-for-4 -- struck out a couple of times. But when the game was on the line ... you have to be aware of the dog. Be aware of Didi. He's on the porch, so just tiptoe by. Don't wake him up." 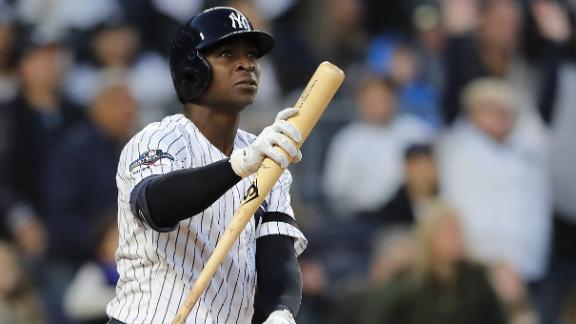 Didi's grand slam highlights seven-run inning for Yankees
Didi Gregorius blasts a grand slam into the second deck as the Yankees drop seven runs on the Twins in the bottom of the third inning. 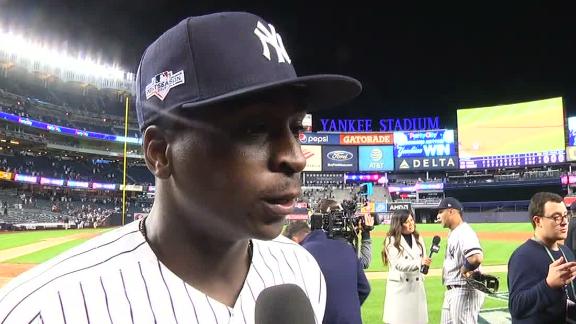