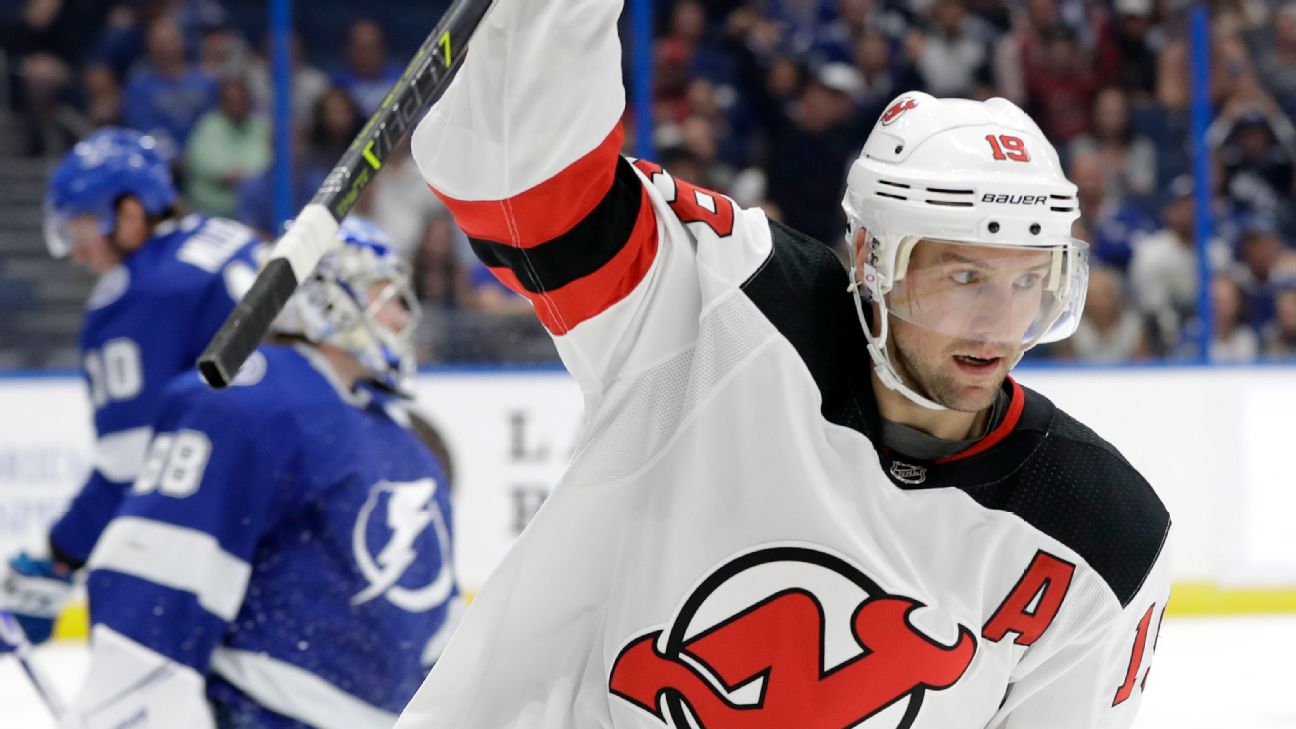 Center Travis Zajac ended his 15-year NHL career where it started, signing a one-day contract Monday in order to retire with the New Jersey Devils.

Zajac, 36, played all but 13 of his 1,037 games with the Devils, who traded him to the New York Islanders last season. He had 203 goals and 349 assists in his career, and was considered an asset at both ends of the ice for New Jersey, who drafted him 20th overall in 2004.


"As I stand here nearing the end of 2021, I can only be grateful to sign one last time, and retire as a New Jersey Devil," said Zajac in a statement. "As a kid playing hockey on the outdoor rinks in Winnipeg, I dreamt about playing in the NHL. Growing up the oldest of four boys, it was the perfect hockey environment. Thanks to my parents' unwavering support in our lives, that dream became a reality. Then, I got to live that childhood goal for 15 years with the Devils."

Zajac will remain with the Devils in an on/off-ice player development and consulting role, while also working to grow the club's youth hockey initiatives.


"His training, discipline and focus rubbed off on every player who walked into that locker room over his 15-year career," said Tom Fitzgerald, the team's general manager. "I look forward to Travis working with our organization, on his terms and his timeline, in a manner that influences future Devils in the same manner when he played. We are ecstatic to know we will see the Zajac family around the Prudential Center rinks for years to come."
Report a correction or typo
Related topics:
sportsespnnewsnhlnew jersey devilstravis zajac
Copyright © 2021 ESPN Internet Ventures. All rights reserved.
TOP STORIES
Elderly man found dead after SWAT officers respond to NJ home
Woman forced to live in sewage-flooded apartment for nearly a week
2 adults, 3 kids rushed to hospital in NYC carbon monoxide incident
NYC mayoral candidates spar on bike safety, lanes
78% of Republicans want Trump to run for president in 2024: Poll
Jan. 6 panel votes to hold Steve Bannon in contempt
MTA Hero: Train operator rescues cat on tracks without causing delays
Show More
Funeral held for food delivery worker stabbed to death in NYC
AccuWeather: Warmer sunshine
Plane erupts in flames after crashing in Texas; 21 survive
Subway crime jumps, riders urged to stay alert
Warning: Don't fall for scam involving bank/Zelle cash transfer
More TOP STORIES News