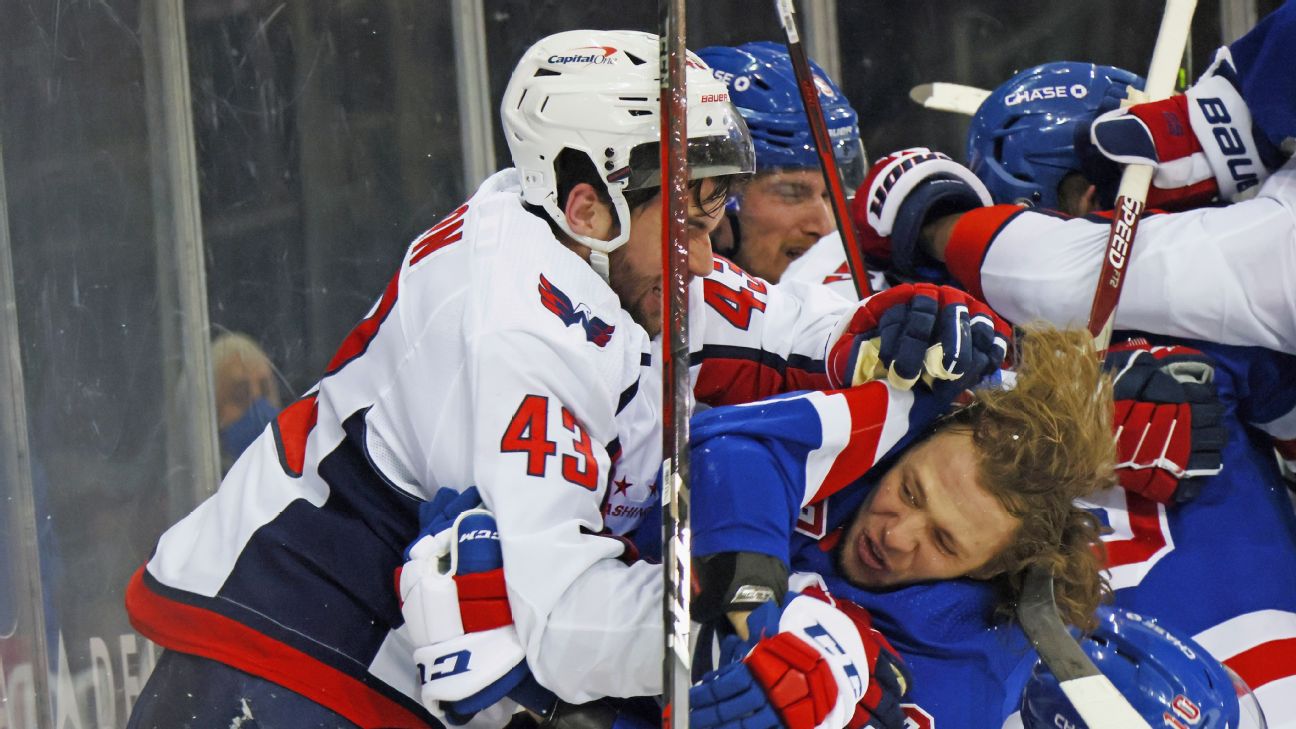 Washington Capitals forward Tom Wilson was fined $5,000 for punching New York Rangers forward Pavel Buchnevich in the back of the head while he was facedown on the ice, according to the NHL Department of Player Safety.

Wilson will not have a hearing for throwing Rangers star Artemi Panarin to the ice in the ensuing scrum. The Rangers say Wilson injured Panarin, who did not return for the third period of their 6-3 loss to the Capitals on Monday night.


The fine is the maximum allowable under the collective bargaining agreement.

Later Tuesday, Rangers coach David Quinn announced that Panarin was being shut down for the last three games of the season. The team had said he had a lower-body injury.

The team also issued a statement, part of which called for the removal of George Parros, the head of the NHL Department of Player Safety.

In the second period Monday, Buchnevich had a scoring chance on the doorstep of Capitals goalie Vitek Vanecek. While battling for the puck, Buchnevich fell stomach-first to the ice, and Wilson delivered a punch to the back of his head.

Wilson was pulled off Buchnevich by Rangers center Ryan Strome, sparking a larger scrum. Panarin jumped on Wilson's back in an effort to stop him from punching Strome. Wilson and Panarin peeled away, and Wilson eventually pulled off Panarin's helmet as he pulled him down the ice with force. Pararin attempted to get up, and Wilson pushed him back down again.


The NHL focused on three factors in assessing supplemental discipline for Wilson. The first was his fall on Buchnevich in the crease, which the league felt wasn't egregious and that Wilson didn't drive down on Buchnevich's neck with his stick.

The second was Wilson's gloved punch to the back of Buchnevich's head while the Rangers player was on the ice. The force and location of the punch were a consideration; ultimately, the league considered the incident to be commonplace within the context of a scrum around the net but worthy of a fine.

When it came to Wilson throwing Panarin to the ice, the league also felt it was commonplace when players engage during a scrum. Wilson didn't seek out Panarin to assail him. Panarin jumped on Wilson's back to pull him away from Strome, and Wilson responded by throwing him to the ice twice. The NHL did not find ample evidence that Wilson pulled Panarin down to the ice by his hair, which was a popular theory on social media on Monday night.

Rangers coach David Quinn said after the game that Panarin was "OK," but that losing him for the rest of the game "was a big blow" for the team.

"We all saw it. There are lines that can't be crossed in this game," Quinn said. "There's just zero respect for the game in general. You got one of the star players in this league now that could have gotten seriously, seriously hurt in that incident. You all saw what happened, and it happens time and time again with [Wilson]. Totally unnecessary."

Wilson was given a double minor for roughing and a 10-minute misconduct, enabling him to finish the game for the Capitals. He scored his 13th goal of the season to cap the scoring in the third period.


"I thought it was just a scrum," Capitals coach Peter Laviolette said. "Physical play. There was something going on originally with the goalie and jamming at the goalie. We had a bunch of players jump in there."

Wilson is a lightning rod for controversy whenever his physically crosses into illegality because of his lengthy history of run-ins with the NHL Department of Player Safety, including earlier this season.

Wilson was suspended for seven games in March for a hit that injured Boston Bruins defenseman Brandon Carlo. It was the fifth suspension of Wilson's NHL career, the previous four coming in a 105-game span from 2017-18. That included a 20-game suspension for an illegal check to the head of Oskar Sundqvist of the St. Louis Blues on Oct. 3, 2018, which was reduced to 14 games on an NHLPA appeal.

The Capitals face the Rangers again on Wednesday night.

Quinn also announced that defensemen Jacob Trouba and Ryan Lindgren are done for the season. Trouba has been dealing with a broken thumb and Lindgren has an upper-body injury. 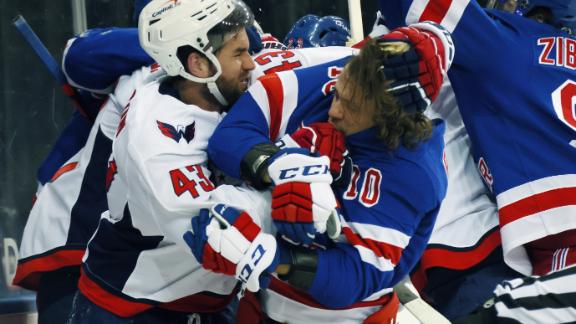 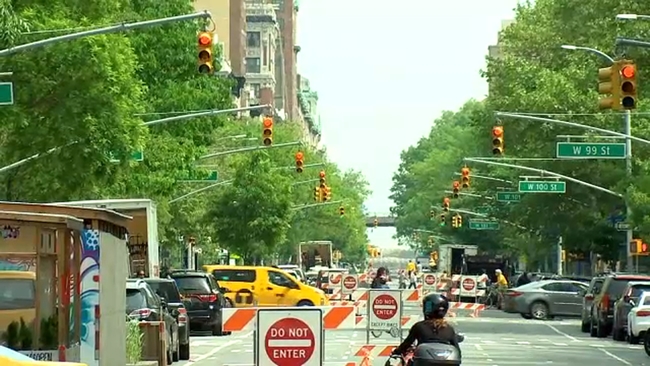 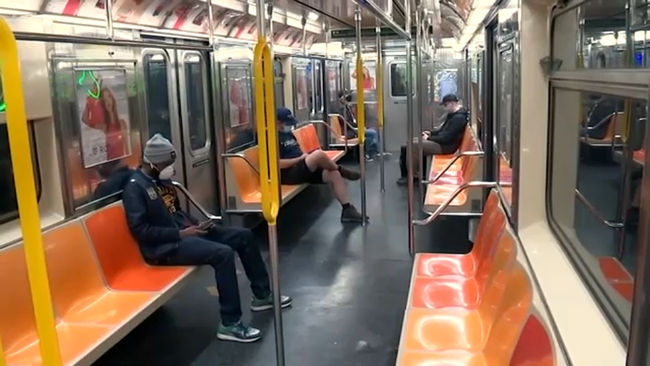