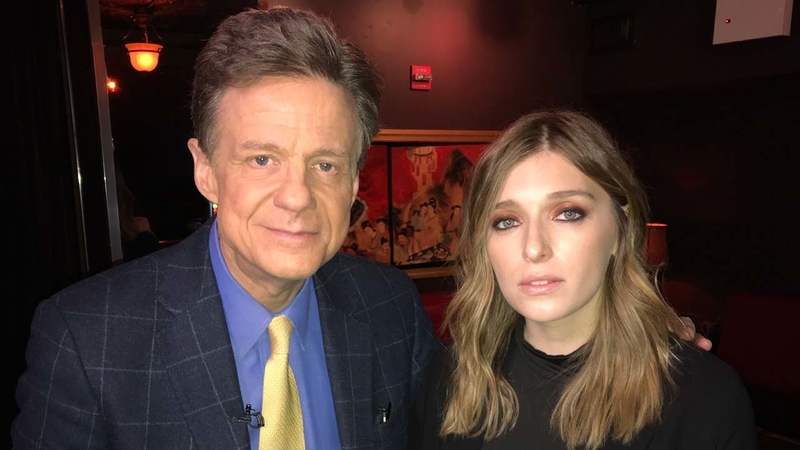 MANHATTAN, New York City (WABC) -- Singer-songwriter Vérité went from waiting tables to touring the country with her music, and she is well on her way to becoming a household name even though she never signed a traditional record deal.

She took her stage name from the French word for "truth" and put herself in fortune's way by betting on herself and making her own luck.

The truth about Vérité is she didn't wait to be discovered, choosing instead to make a name for herself in the midst of a music business undergoing historic change.

Vérité said she wants to show other people that it's not only possible to survive, but also build something and thrive with it.

It is built on the money she earned as a waitress in Times Square. Before a recent gig at Irving Plaza, the performer loved waiting tables, working in Applebee's for about three years.

That is how Kelsey Byrne came to have enough money to quit her job and make music as Vérité.

"It was terrifying at first," she said. "Yeah, definitely had a moment of having a panic attack by myself. But I was born to work, and I was born to hustle."

Byrne was born and raised in Warwick and now has a place in Williamsburg, but she's on the road so much she's hardly ever home.

"With the changes in the music industry and technology in general and social media, artists now have to be everything," she said. "You have to have your hand in obviously creating a vision and a world for your music, but you also have to know how it's distributed."

Vérité has her music streamed through services like Spotify, as opposed to finding a record company to sign her.

"It has allowed me to be discovered by millions of people," she said. "My music has been streamed over 165 million times."

Vérité said she is the sole and final decision maker with her music, keeping the majority of income that comes in. She has kept total control and more of her money than she'd have kept recording for a major label.