'Squirrel Census' aims to count every squirrel in Central Park 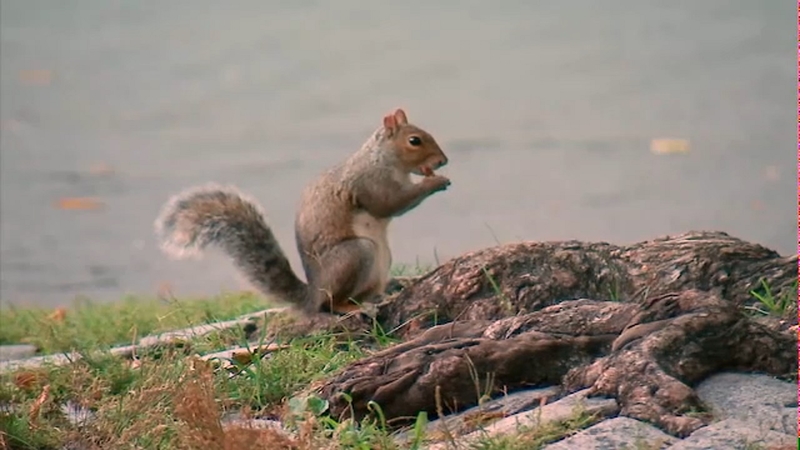 'Squirrel Census' aims to count every squirrel in Central Park

CENTRAL PARK, Manhattan (WABC) -- Ben Owens is on a mission - with his daughter, Maggie by his side. They drove through the night to join a highly regimented army of volunteers to count every squirrel in Central Park.

"It's way too early to draw conclusions - that would be presumptuous," says Owens.

'The Squirrel Census' is a brainchild of a guy named Jamie Allen.

"We were like 'let's go to New York and Central Park and count all of the squirrels in Central Park," said Allen.

"We find that the tension between 'is this a real project? And the amount of work that it takes to be very interesting," says cartographer Ned Slaughter.

The project is very real. It is based on highly detailed, hand-drawn maps. Volunteers are assigned individual sections of the park, and are trained on a scientific system of counting the squirrels. They also note their interactions with other animals - even humans.

The idea is to draw conclusions about the health of the city's green space.

Owens and his daughter, Maggie, hit a bit of a snag - it turns out their area included the reservoir, and - squirrels don't swim. This means they drove through the night from Georgia, and spotted only one. However, they aren't really here for the squirrels.

"Any reason to connect with a daughter who's 35 years younger than you are. And she enjoys it and has fun, and she's not looking at her cellphone. It's a father-daughter adventure," Owens says.

After all - is it really about the count, or time spent counting?