Build some 'Star Wars' fun with these 'Rogue One' model kits 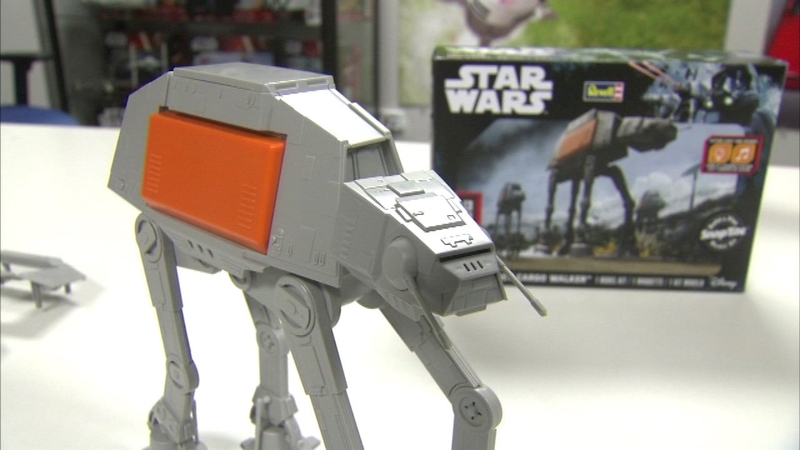 ELK GROVE VILLAGE, Ill. -- On December 16, Rogue One: A Star Wars story opens and when it does, a company in Elk Grove Village will be blasting off with some new products.

Since 1945, Revell in Elk Grove Village have been making model kits that builders turn into miniature versions of the real thing. Revell has done the same with Rogue One, releasing model kids of the Imperial Star Destroyer, the AT-ACT, an armored cargo transport, and the U-Wing fighter, an earlier version of Luke Skywalker's starship.

"They are about 45 or 50 pieces, you assemble them, put them together" said Lou Aguilera, vice president and GM of Revell, Inc.

Just make sure that when you buy the Rogue One models, you can tell the difference between the good guys and bad guys.

"So we've got two good guys and a bad guy. So the U-Wing is a good guy and the Imperial Star Destroyer is a bad guy," said Aguilera.

The U-Wing fighter from Rogue One is brand new, but Rogue One takes place in time earlier than the original film, making it older than the X-Wing.

"In movie time it's older, but it's newer, kind of like 'Who's on First?'" Aguilera said.

Reveal, Disney and Lucasfilm have been working together for several years. Disney makes the movies, Revell make exact models of the classic items from the films.

"For upcoming movies, we will typically get photos and 3D scans of their studio props that they're using in their movie production and then we turn that into model kits," said Jeff Hautzinger, Revell director of engineering.