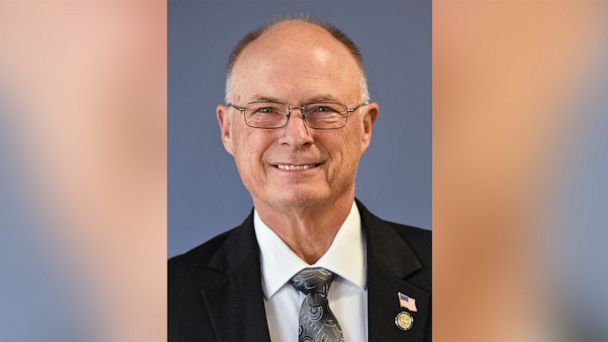 Minnesota State Republican Sen. Jerry Relph has died due to complications from COVID-19.

The 76-year-old began serving in the Minnesota Senate in 2017 and represented the 14th districtthat includes St. Cloud.


His wife confirmed the news of his death in a statement published on the Minnesota Senate Republicans Caucus' website Friday night.

"I'm heartbroken to share that my husband, Jerry Relph, has passed away and entered his heavenly home. Jerry was a beloved husband, father, and grandfather. He was a Marine Corps veteran who served in Vietnam, an attorney, small businessman, and dedicated public servant in the Minnesota Senate," Pegi Broker-Relph wrote.

"Jerry dedicated his life to service and representing Senate District 14 was one of the highest honors he had.I can't count the number of times he would come home at night and tell me about helping solve a constituent's problem, or a story he heard from someone in a parade or at a public event, or even just someone he met during a 'day on the hill' event. He loved serving the people of St. Cloud in the Senate, and he cherished every minute of it. Jerry loved diving into the issues, finding compromise, and working together to solve problems and I have no doubt he would have continued solving problems outside the legislature," she added.

She also gave thanks to her late husband's colleagues "for the relationships and sense of family you provided for us over the last four years."

On social media, various state representatives voiced their sadness over the news.


Majority Leader Paul Gazelka wrote on Twitter: "Senator Jerry Relph was a true friend and colleague loved by so many. For four years, he rolled up his sleeves and tackled tough issues for our state.Senator Relph will always be remembered as a dedicated public servant. He was already thinking of ways to have an impact on his community after narrowly losing his re-election.We are deeply saddened by his passing and offer our prayers and support to the Relph family."

Minnesota State Representative Laurie Halverson also reacted to the news on Twitter. She wrote: "Covid-19 has claimed the life of Sen. Jerry Relph. I will remember him as a kind man and dedicated public servant. My deepest sympathy to his family."

Gov. Tim Walz said in a tweet: "Terrible news. As a Vietnam veteran, small business owner and State Senator, Jerry lived his entire life in service to his community. Gwen and I are keeping his family in our prayers."