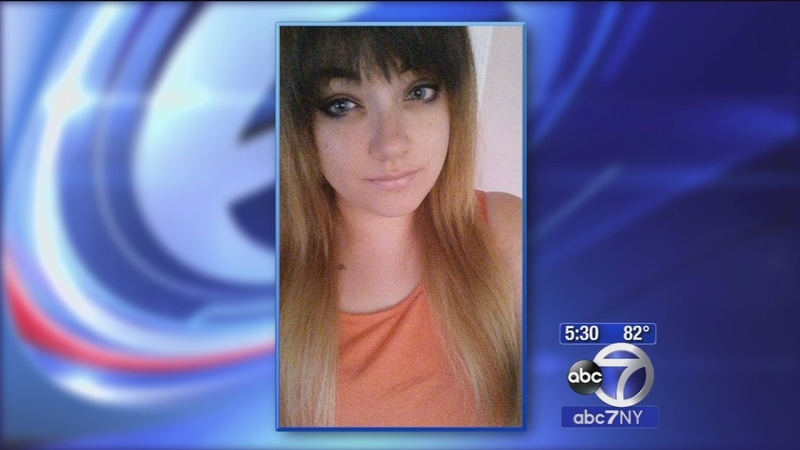 GREAT KILLS (WABC) -- The family and friends of a 21-year-old woman who was killed in a freak accident on Staten Island are speaking out about the lost loved one they describe as a beautiful person.

Alexa Cioffi, of Staten Island, was riding bicycles with a friend near Hylan Boulevard and Redgrave Avenue when they were struck by a boat that detached from a pickup truck around 5:30 p.m. Monday.

Ciofii was pinned under the boat and pronounced dead at the hospital.

"It would always be, run up with a big hug," family friend Diane Bartowski said. "'Hi, mom, I love you.'"

Bartowski says Cioffi was all about hugs and kisses and showing of love. That, and family, especially her two sisters.

"She was waiting for her younger sister, Vanessa, who was graduating this year with my daughter in June," she said. "They were going to start college together next September. She was going to become a lawyer."

"I would just walk in and yell out 'family,'" friend Gina Bompartito said. "Alexa would always yell out 'family' back, and come running down and give me a hug and a kiss."

It's a greeting Bompartito would have likely received Monday afternoon, as she was driving to meet Alexa and friends at the Gateway National Recreation area at the time of the accident.

"I was running late because I got stuck in traffic, and it happened to be the accident," Bompartito said. "I saw the boat just sitting there. There was no car around it, nothing, and I just remember looking at it, thinking why is there a boat just sitting in the middle of Hylan Boulevard right now?"

The second woman who was also run over, who is 22, remains in critical condition. Her neighbor saw the two of them set out on their bikes.

"We saw her and friend pulling out, and we both commented, oh, she's riding bikes and she has her license," neighbor Suzanne Valente said. "Good for her. She looks good, she's exercising."

The man towing has not been charged, but police are trying to figure out how the boat came loose.

"That girl should still be here today," Bompartito said. "Boats don't just fall off of trucks. This is my opinion."