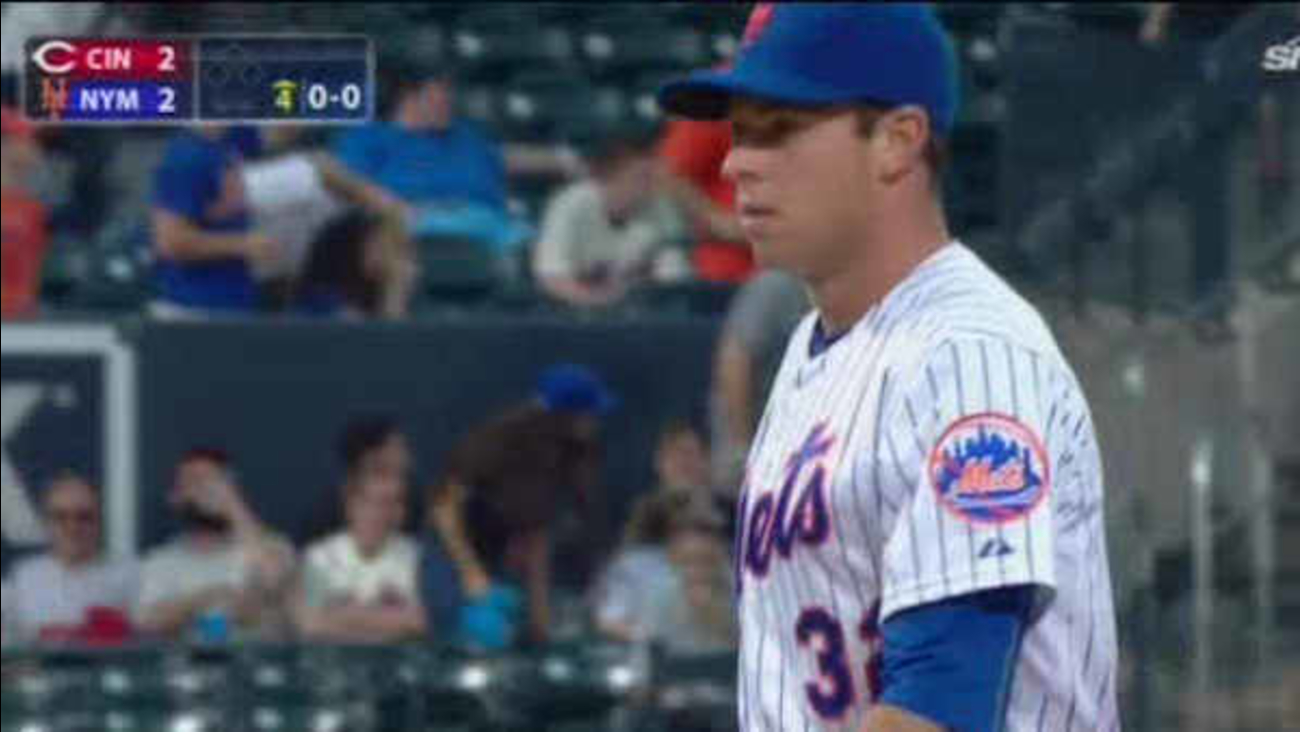 EAST SETAUKET (WABC) -- As the Mets looked to sweep the Cubs Wednesday night, they sent a native New Yorker to the mound.

Rookie Steven Matz hails from Long Island. He pitched the first 4 2/3 innings of Game 4, allowing just one run as New York went on to an 8-3 victory to earn a trip to the World Series.

And in East Setauket, they are bursting with pride over their hometown hero.

You can't blame the staff at SE-Port Deli in East Setauket if their minds are elsewhere. But at lunchtime there are sandwiches to be made, heroes, as in the 'Steven Matz', named of course for the Mets left-hander who happens to be a regular customer.

A chicken cutlet, bacon, cheese, and more. Delicious and..get this: no calories. Just the type of fuel needed for a star rookie to clinch a pennant.

"To see a local kid make it all the way and be pitching Game 4 is unbelievable," said East Setauket resident Gregg Diamond.

The legend of Steven Matz started in Little League in the Three Village area of Suffolk County. Matz became a high school phenom, signed by the Mets in 2010. Lou Petrucci was his coach.

"This is a great opportunity for the baseball world to see what a talented young man Steven is," said Petrucci.

In June, Matz made an almost magical major league debut in front of friends and family. Now he's helped to pitch his team into the World Series.

But perhaps the most excitement is amongst the current players at Ward Melville High School, where they are Mets and Matz fans.

"It's insane. It shows that anyone can do it as long as you work hard," said Nick Vitale.

"He's a hometown hero, everyone knows him. He's like a legend around here," said Dominick Lamonica.

"I'm a Mets fan, so I hope he gets us the win and gets us to the World Series, definitely," said Joe Rosselli.