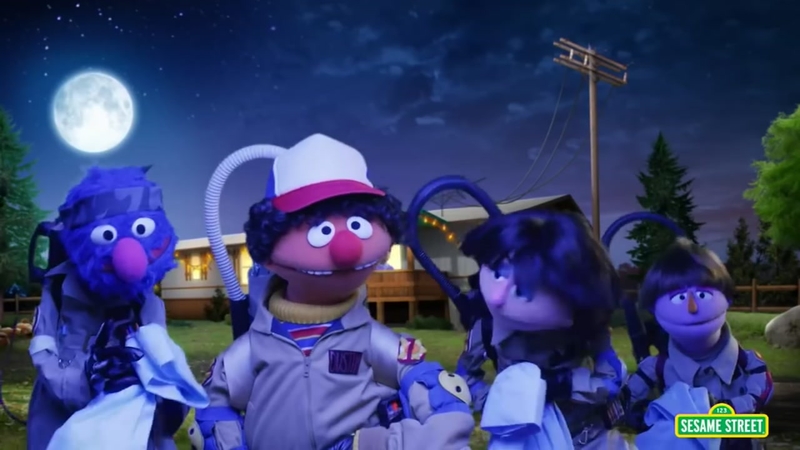 The six-minute tribute is called "Sharing Things" to remind everyone why sharing is so important.

The upside down has made it's way to Sesame Street. Can the Cookiegorgon learn to share? Find out in #SharingThings. pic.twitter.com/euTkaU5vO7

For fans of the show, it features Cookie Monster as the Cookiegorgan who has eaten everything but must learn how to share.

And, just like in season two of the sci-fi thriller, your favorite Sesame characters are wearing Ghostbusters costumes.

Of course the fan-favorite character Eleven is played by the number 11.

Cult-following favorite Barb even makes an appearance but, just like the real Stranger Things, it doesn't look like her fate is much better.