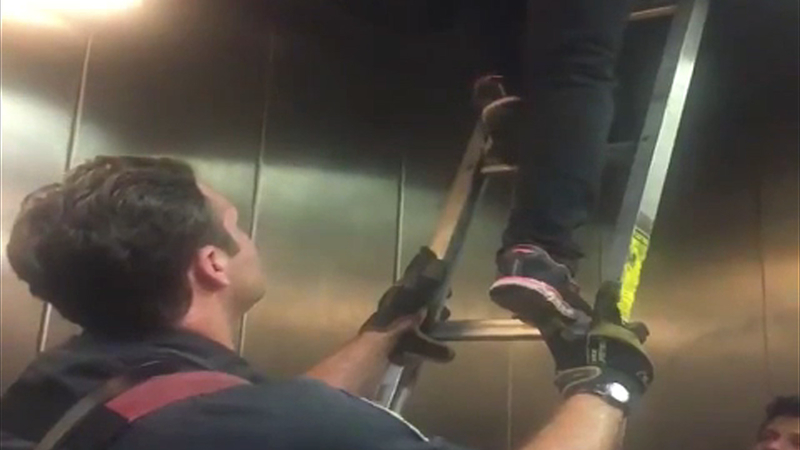 It is one of three New York City subway stations that are only accessible by elevator, and the Clark Street station has three elevators that are generally hot and crowded.

Adams says the station's elevators, which have been in service for 87 years, have broken down multiple times in recent months.

"I'm claustrophobic," he said. "I would have climbed up the walls, just thinking about being in that elevator."

Firefighters had to come in through the ceiling and use a ladder to get everyone out.

Adams, a former NYPD officer who started with transit, says it is one of the deepest stations in the system.

"In an emergency situation, when you'll have mass mobilization and the removal of a large number of passengers, we would have failed the test," he said.

Now, critics are demanding the MTA fasttrack the scheduled replacement of the lift. And while that's being done, they want to open an emergency stairwell as an alternative.

"The city and state, mayor and governor need to get your act together," Rep. Nydia Velazquez said. "This is unacceptable in New York City, and this is your responsibility."

An MTA spokesperson tells Eyewitness News that, "All of the elevators at Clark Street are set to be replaced under the current capital program. It's a fully funded project, and we are beginning replacement in the next several months."