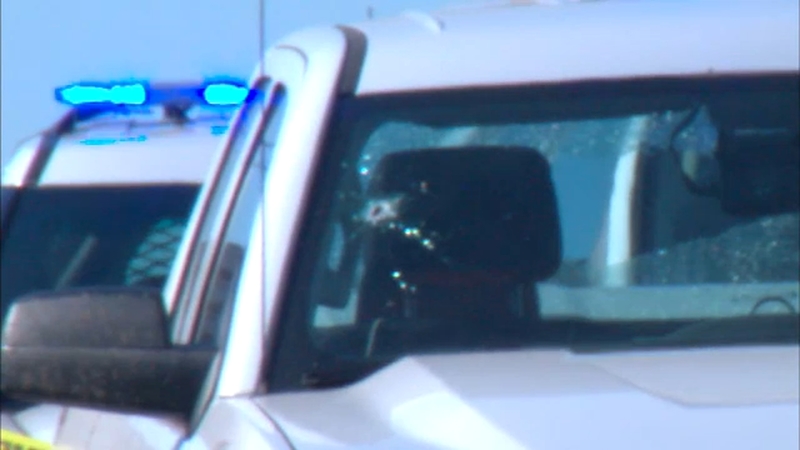 SUNNYSIDE, Queens (WABC) -- Two Amtrak employees got into a dispute at work Thursday morning that officials say resulted in one shooting the other and then fatally shooting himself.

Authorities say the 53-year-old supervisor was shot in the left leg inside his truck at the Sunnyside Yard in Queens just after 8 a.m.

Another employee was also in the truck but was not injured.

The victim managed to drive out of the yard onto 39th Street.

He was later treated for a non-life threatening injury to his leg at Elmhurst Hospital.

Police say the 48-year-old suspect fled the scene in a black Cadillac Escalade, prompting a manhunt.

About an hour later, he was found parked in the parking lot of a nearby Rite Aid.

After a standoff with responding officers, he apparently shot himself in the driver's seat.

He was taken to the hospital, where he later died.

He had been an employee of Amtrak for 15 years.

The nature of the dispute has not been released.

No Amtrak train service was affected.