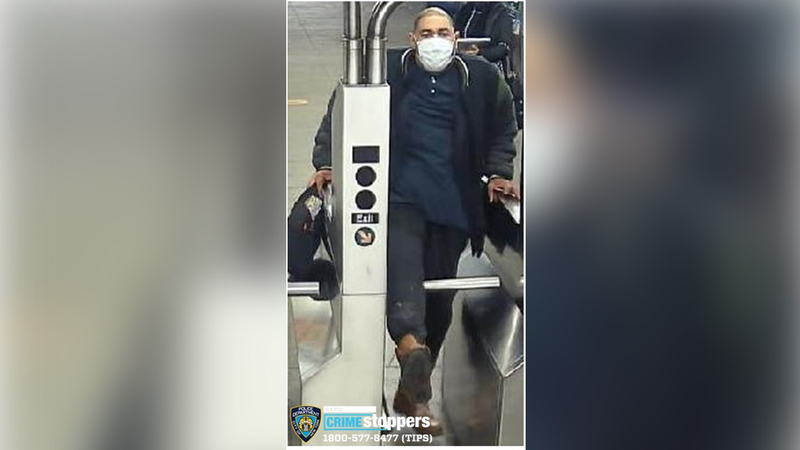 WASHINGTON HEIGHTS, Manhattan (WABC) -- Police have arrested a suspect wanted for attacking a man with a hammer on a Manhattan subway platform and breaking a taxi driver's window over the weekend.

Authorities arrested 47-year-old Bronx resident Jose Moreno, who is charged with two counts of assault for randomly attacking a man with a hammer.

It happened at the 175th Street station in Washington Heights around 11 a.m. Sunday, on the southbound A train platform.

Authorities say the 46-year-old victim was waiting for the train when he was struck in the head from behind with the hammer.

Before the attack, the suspect reportedly yelled, "I'm going to (expletive) someone up."

The victim, Patrick Osborne, said he could tell the suspect was angry about something.

He said he saw the suspect holding a hammer but otherwise there was nothing about him that seemed dangerous.

Osborne said he was facing the southbound A train and had his back to the suspect -- he never saw what was coming.

Osborne managed to get to a token booth clerk attendant for help. He was treated for head pain at the scene but refused further medical attention.

He suffers from headaches and says he injured his knee when he fell to the ground.

Osborne said he is thinking twice about riding the subway now. And when he does, he has flashbacks.

After striking Osborne, police say the suspect ran away from the scene.

One day after the subway assault, Moreno broke a taxi driver's window -- also with a hammer.

Moreno smashed the taxi's windshield in front of a building on East 161st Street at around 4:05 a.m. early Monday morning.

The taxi driver was not injured.

He was charged with criminal mischief, criminal possession of a weapon and harassment.

Following that arrest, police were able to link him with Sunday's subway attack.

The same hammer is believed to have been used in both incidents.