How Sylvester Stallone went from homeless actor to Hollywood star 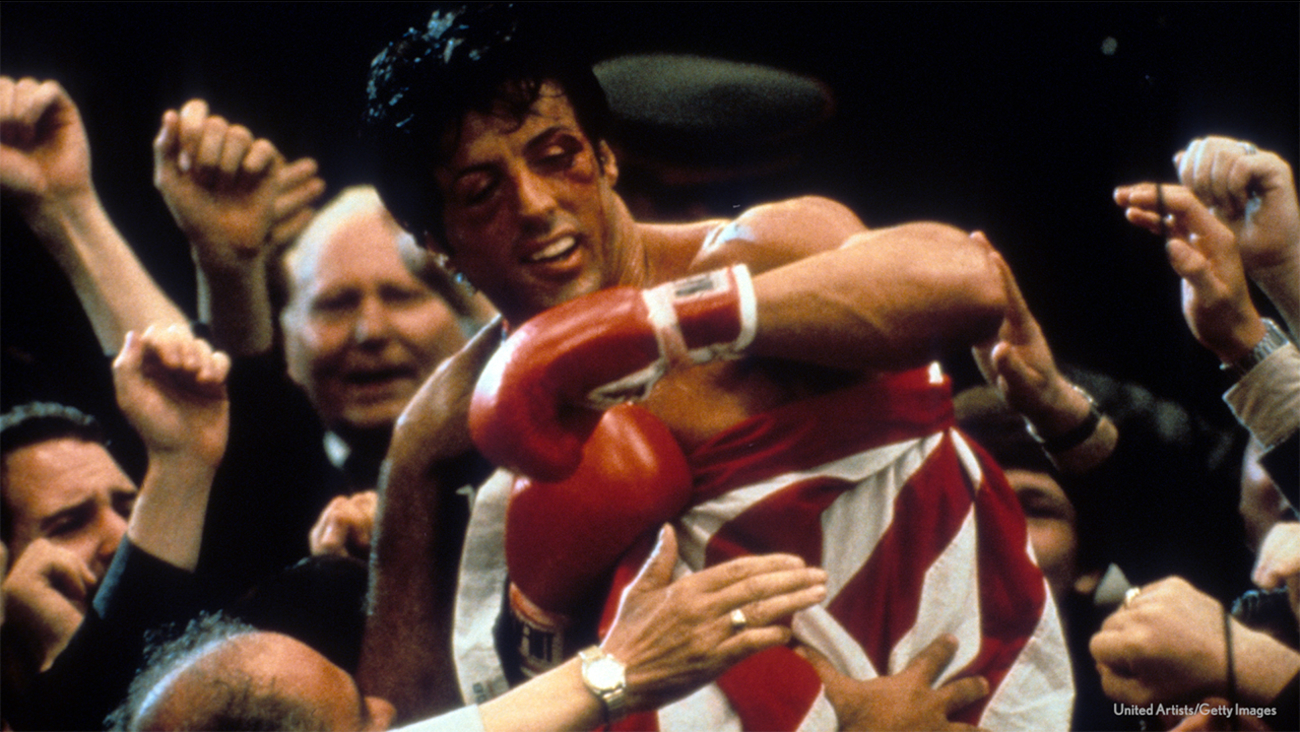 Before he was a Hollywood icon and action star, Sylvester Stallone had to overcome incredible odds not unlike his most famous character -- Rocky Balboa.

In the early 1970s, Stallone was often destitute, and even homeless, while struggling to find work. An accident during childbirth left part of his face and tongue paralyzed, giving him his distinctive snarled expression and slurred speech.

An outcast his entire life, Stallone saw acting as an outlet, though his face and voice were factors in his constant rejection for roles. At his lowest point, Stallone sold his family dog because he could no longer afford to feed him.

Having an interest in writing, Stallone found his greatest inspiration on March 24, 1975, when he witnessed boxing heavyweight champion Muhammad Ali get knocked down by underdog Chuck Wepner. Stallone said he saw the moment as a metaphor for life and was inspired to write a screenplay about another underdog, Rocky Balboa.

Three days later, Stallone finished the first draft of Rocky. Producers were immediately interested in the script but Stallone refused to sell unless they allowed him to star as the boxer. Even after being offered $350,000, Stallone still refused, even though he only had $100 in his bank account.

Finally, a deal was reached between Stallone and the producers: he would be allowed to star in the role but only if he waived his writing fee and accepted a meager $35,000 acting salary.

"This is one of things where you just roll the dice and you fly by the proverbial seat of your pants," Stallone reminisced.

Made for $1.1 million, Rocky grossed more than $225 million at the box office and even earned Stallone nominations for Best Actor and Best Screenplay in 1977. His reprisal of the iconic character in 2015's Creed earned him another Oscar nomination, this time for Best Supporting Actor.

Stallone once lamented that he would never have a voice like Rocky again, where he could just speak whatever he felt in his heart. "If I say it, you won't believe it, but when Rocky said it, it was the truth."