Could Amy Schumer be the next 'Bachelorette'? 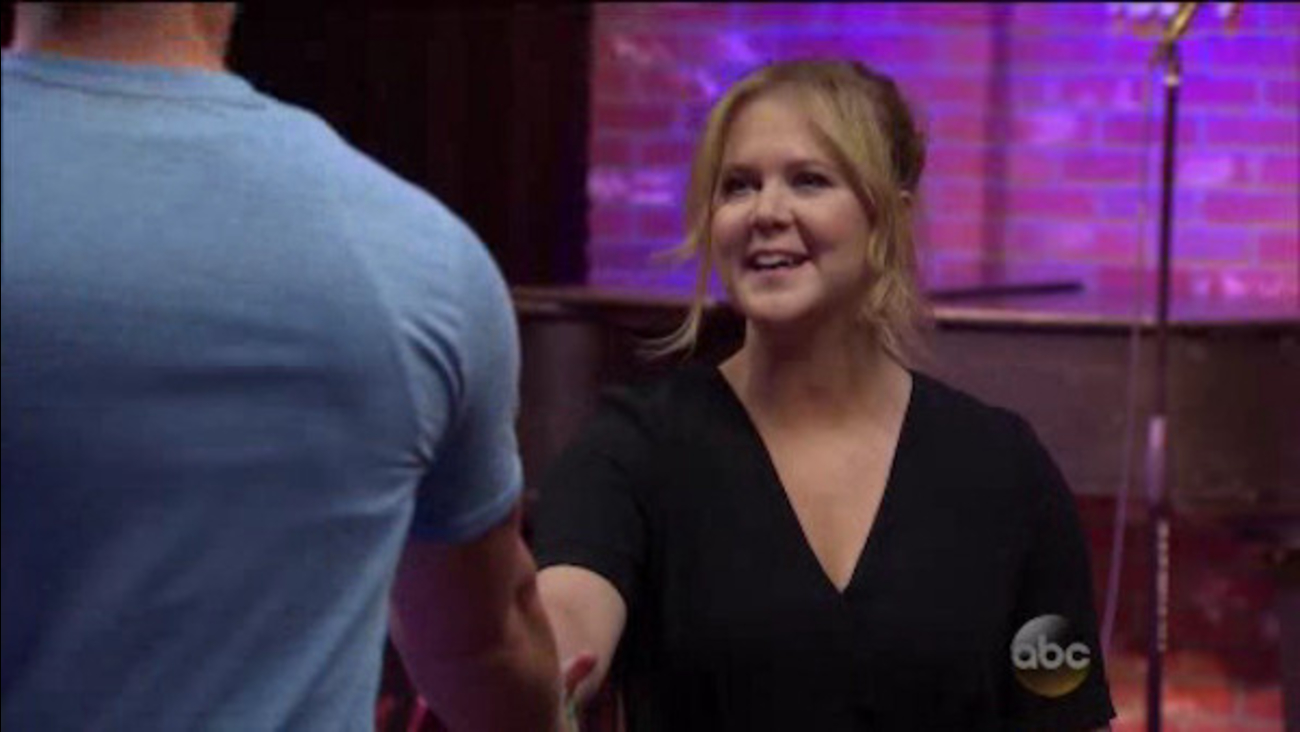 Fans are calling for comedian Amy Schumer to be the next "Bachelorette". (ABC)

NEW YORK -- Bachelor Nation loved when comedian Amy Schumer appeared on this week's episode of "The Bachelorette". In fact, they loved it so much, that now there appears to be a real conversation happening on whether or not Schumer could actually be "The Bachelorette" herself!

I will not confirm or deny that I am meeting with @amyschumer today at an undisclosed location in Beverly Hills...

But, Schumer seemed to try to squash the rumors...at least temporarily.

.@fleissmeister ok well I'll deny it. I have s show in Boston tonight. Have fun in bev hills!

Executive Producer of "The Bachelorette" Mike Fleiss would not let the conversation die though and fired back!

So maybe the Fleissmeister could fly her in on a private jet for a meeting! It would probably be hilarious!

On this past Monday's episode of "The Bachelorette," Schumer helped Kaitlyn on her comedy group date. The guys had to come up with a standup act and perform it in front of a room of people.

In particular, JJ thought he would do amazing and that he is amazing, but Schumer put him in his place...fast. After he said that he thought he was smarter than 90% of people she quickly told him he wasn't. She said in an interview, "He's a sweetheart. He's just missing, like, charisma and humility and sense of humor." Then added, "Maybe when he sees the show he'll reflect on himself and not be such a turd!"

Still, we leave you with these tweets by Schumer about the possibility.