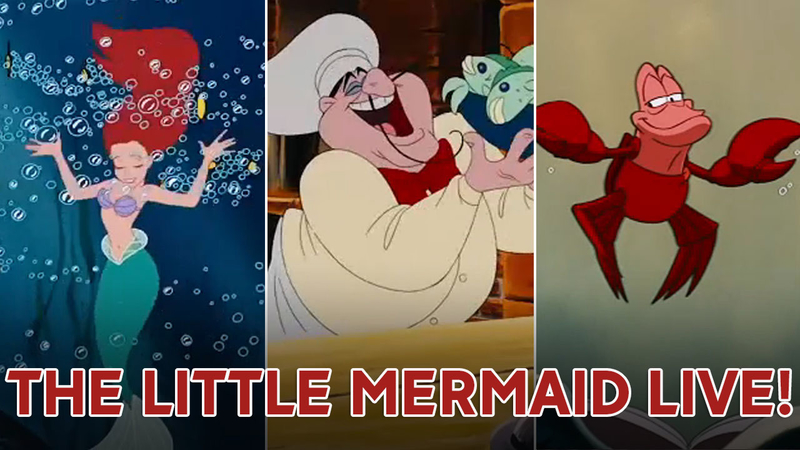 LAS VEGAS (WABC) -- Disney animated magic comes to life once again with a live action performance of "The Little Mermaid" on Tuesday night.

The show is expected to be unlike anything else. It will include parts of the animated movie and live performances.

Entertainment reporter Sandy Kenyon has more on the live action performance of 'The Little Mermaid.'

At the center of the live broadcast soars teenager Auli'I Cravalho as Ariel.

But she is backed up by an army both off screen and on.

RELATED: Everything you need to know about 'The Little Mermaid Live!'

Musician Shaggy will play Sebastian the crab. His experience performing live is vital for the new version of "The Little Mermaid."

"I've done these kinds of live situations so I don't know if there's a nervousness or craziness that's supposed to be, I'm just really excited and really happy to bring the character back in to give a Caribbean feel to it and all of that," he said.
The pivotal role of Ursula will be played by Queen Latifah.

"The actual movie will be playing, but then there are these musical numbers that go live," she said. "You'll see the characters pop-out and come to life."
RELATED: 'The Little Mermaid': Fun facts to celebrate movie's 30th anniversary

The cast has been in Las Vegas to practice going back and forth between the film and the live performances.

It all sounded pretty complicated to Kelly Ripa and Ryan Seacrest when Queen Latifah visited "Live with Kelly and Ryan," but they all agreed the costumes are great.

"Wait til you see it, I got this latex number and my tentacles? My tentacles. Don't get me started on my tentacles," Queen Latifah said.

"The Wonderful World of Disney presents "The Little Mermaid Live!" on Tuesday, November 5th at 8|7c on ABC.

The Walt Disney Company is the parent company of this station.
EMBED More News Videos